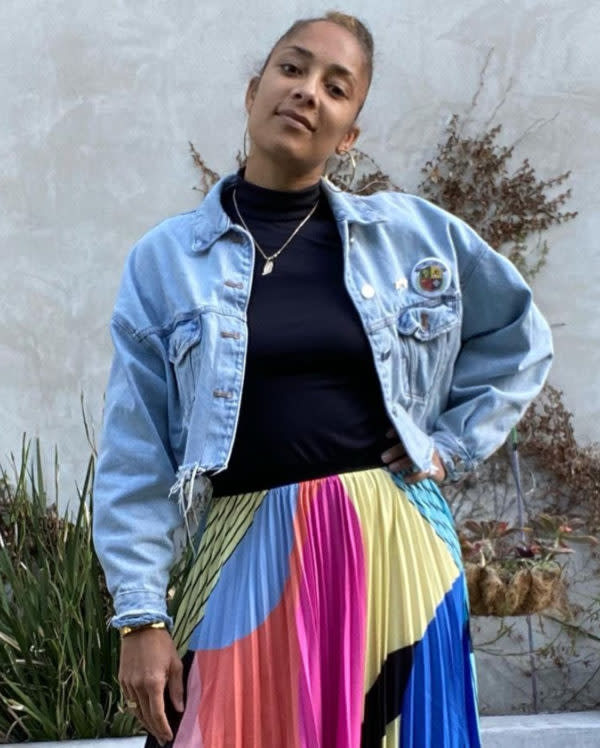 Amanda Seales is far from a newbie to the entertainment industry, but even with a decades long resumé the actress found herself bamboozled by the inner workings of the business.

The outspoken, and often criticized, actress had made a name for herself as a former child actor, DJ, comedian and even a short-lived stint as a member of the R&B group Floetry. But it was not until 2016 that she became a regular presence on television when she joined HBO’s hit show “Insecure.” With an all-Black cast and cult following, each of the show’s stars tread into the spotlight among the who’s who of Black Hollywood.

But for Seales, the experience hasn’t been one of camaraderie in the way she might have imagined. Instead Seales has more times than not been ostracized for her opinions and no-holds-barred personality. While appearing on the “Jemele Hill is Unbothered” podcast, Seales revealed at one point she even found herself considering the notion of walking away from the industry.

She continued, “It was a final straw, and if you’re this town it’s a very small town. Black Hollywood is a very small enclave of people, and so it was like a moment in time where I just realized like what I had imagined I was walking into was actually the opposite, and that was a very jarring thing for me to kind of really grasp.”

Couple that incident with betrayals on both personal and professional levels, and the multi-hypenated talent found herself feeling as though her arsenal of coping tools was missing something. “I felt like I was ill-equipped to manage the chicanery, just the, I’l find a better word …the f—y.”

But despite her doubts, she stuck it out with a change of perspective.

“Instead of walking away, in my newfound unbotheredness, I found a, I don’t know, I think I found a second wind, like a new strength to say, ‘Nah, those other things those were surface, and you love them, but this is purpose.”

Related Links from Our Partners:

‘Don’t Blame Me and Tracee and the Kids’: Anthony Anderson Hints Cost May Have Played a Role in Black-ish’ Coming to an End

No Longer Locked Out: How Black Artists Can Cash In On The Current NFT Craze

Sign of the Times? Endicott Posted Gas Price is Simply Too Much

AP PHOTOS: The glamour of Cannes in black & white | Ap

What Is Marisa Tomei’s Net Worth and Why Doesn’t She Want to Have Kids?

Maya Erskine Has Relived Her Most Embarrassing Moments In ‘PEN15’ –...