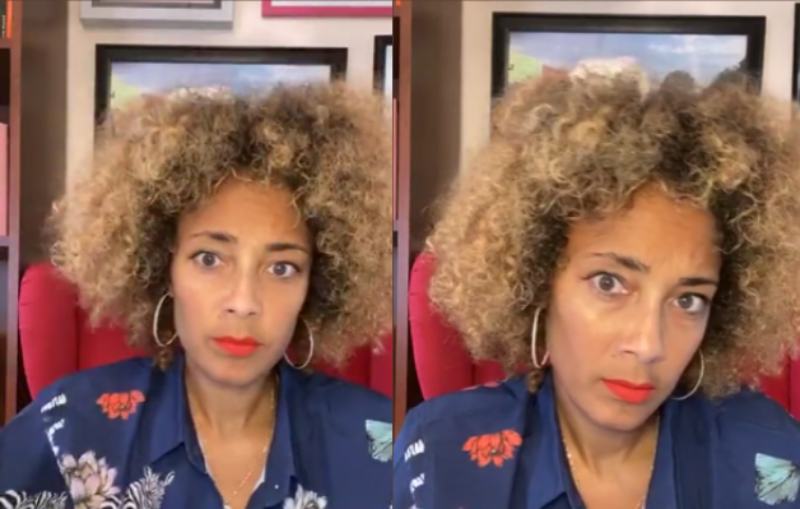 As the talk show The Real ends, the show gave special shoutouts to all of its hosts—past and present. But one former host wasn’t included.

Actress/comedian Amanda Seales took to Instagram on Sunday to call out The Real for seemingly snubbing her from the farewell episode thumbnail image that highlighted all the show’s co-hosts.

“I’ll have something to say about that later,” she said with a laugh. “Ooh, child, I must really be out here just shaking the table.”

The Insecure star used “rude” to caption her reaction video.

Seales quit the show in 2020 after just six months of hosting, Pop Culture reports. At the time of her exit, the culture commentator posted a video confession explaining why she decided to leave the hosting gig.

“I didn’t renew it, because it doesn’t feel good to my soul to be at a place where I can not speak to my people the way they need to be spoken to,” Seales said at the time.

The actress was selected to replace singer Tamar Braxton, an original co-host on the show, who was fired in 2016. Seales was offered a full-time role after guest-hosting a few episodes.

Ruben Randall - December 17, 2021 0
Celebrity
In 2014, the author of our beloved Potter series admitted to being unnerved...