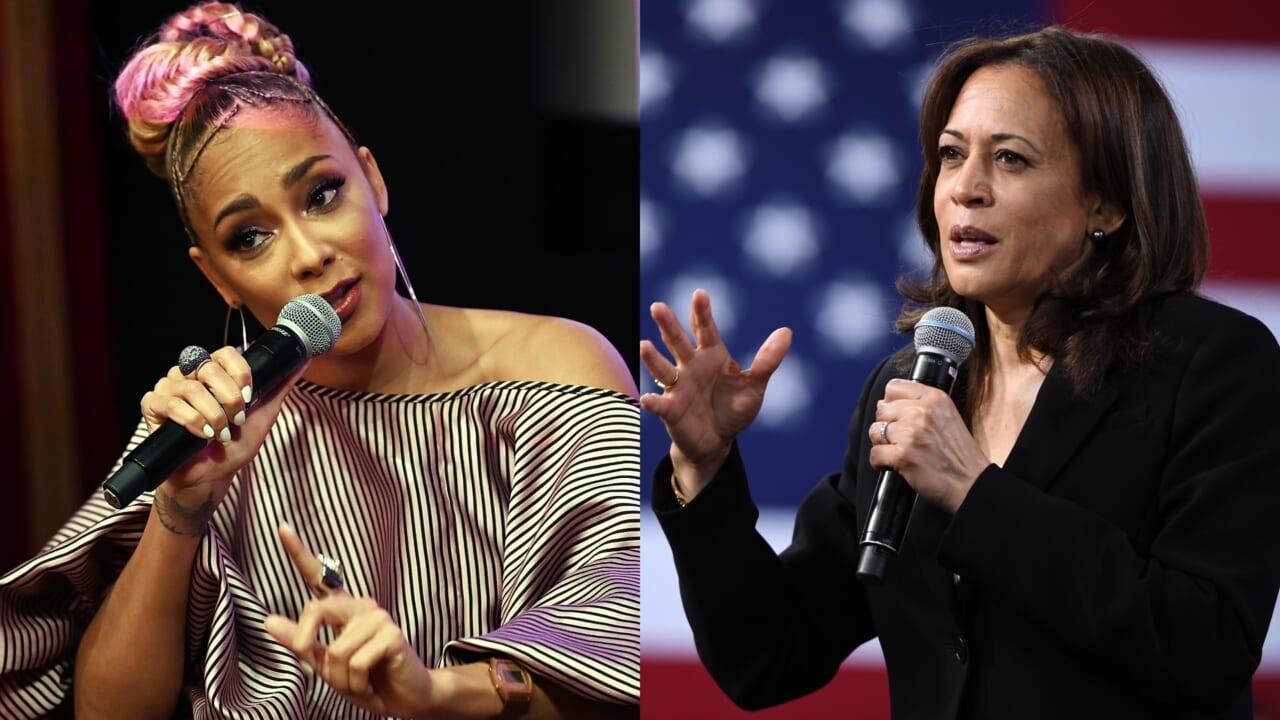 This month, actor and comedienne Amanda Seales has come forward to share her disappointment about Vice President Kamala Harris agreeing with Tim Scott that America isn’t a racist country.

Last week, Senator Scott responded to President Joe Biden’s first address to Congress by stating, “Hear me clearly. America is not a racist country. It’s backward to fight discrimination with different types of discrimination and it’s wrong to try to use our painful past to dishonestly shut down debates in the present.”

Not surprisingly, this immediately caused an uproar all over social media. But what shocked people more was when Harris seemingly agreed with the South Carolina Republican before adding her own bit of nuance.

“I get called Uncle Tom and the N word by progressives…I know firsthand, our healing is not finished,” Sen. Tim Scott says in GOP rebuttal of President Biden’s address to Congress, adding later, “Hear me clearly: America is not a racist country.” pic.twitter.com/EOet8AriSb

READ MORE: ‘Sex and the City’ revival to add 3 women of color to lead cast

“I don’t think America is a racist country,” Harris began, before noting, “but we also do have to speak truth to the history of racism in our country and its existence today.”

Harris’ supporters and critics were unified in their disappointment about her statement. But Seales, who is currently on set filming the last season of HBO’s Issa Rae-produced hit show Insecure, took time out of her schedule to address the comments head-on.

“D—, Kamala. The paradoxical political pandering is TIRED and insulting to the constituency that supported you along with affirming the doubts of those that didn’t. Please fix this ASAPtuously,” the 39-year-old wrote in her caption.

“She basically called Biden racist in the Democratic primary, with the ‘little girl on the bus’ discussion,” responded one follower. “Very disappointing. But easily explained: she forgot herself in this moment.”

While most echoed those sentiments of dismay, best-selling author Ty Alexander chimed in the comments section hoping to infuse a bit of objectivity.

“We often forget they’re still politicians,” she pointed out. “There’s a certain song and dance she’s always gonna have to do in order to even be in that position. And because she’s a Black woman she gone have to sing and dance even harder than Barack did.”

Meanwhile, Sen. Scott – who Twitter has now dubbed “Uncle Tim” as a nod to the “Uncle Tom” archetype – doubled down on his controversial comments over the weekend during an appearance on CBS’ Face The Nation.

READ MORE: La. GOP leader: How do you know slavery was bad if no one around to see it?

“I’ve been saying for a long time: America is not a racist country,” Scott explained. “The question is, is there a lingering effect after a couple of centuries of racism and discrimination in this nation? The answer is absolutely. The question we should be debating and fighting over is how do we resolve those issues going forward. One side says, ‘I’m going to take from some to give to others.’ Fighting bigotry with bigotry is hypocrisy, it just doesn’t work.”

Ruben Randall - April 18, 2022 0
Money
What is Lang Lang’s net worth? Net Worth:$30 MillionAge:38Born:June 14, 1982Country of Origin:ChinaSource of Wealth:Professional PianistLast Updated:2021Introduction    Lang Lang is a Chinese concert pianist.Lang has...