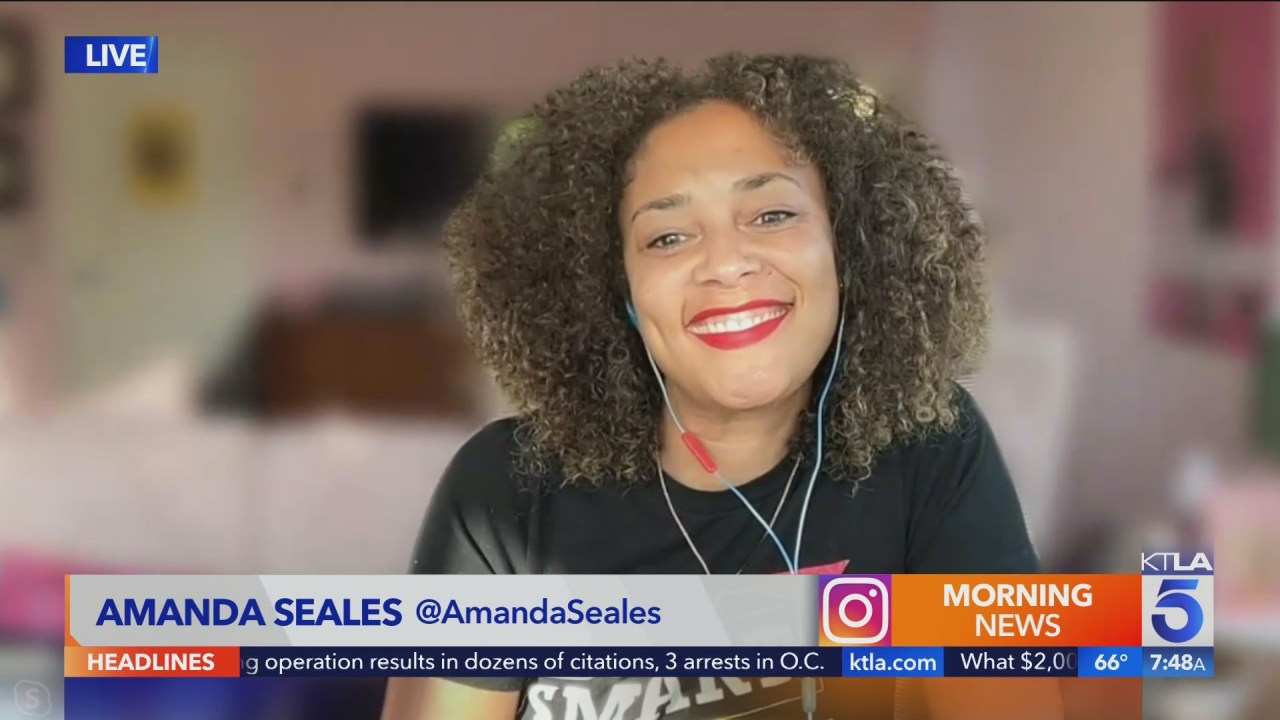 Amanda Seales has been making us laugh for years.

She most recently starred on the Emmy-award winning HBO series “Insecure,” which said goodbye to fans late last year.

“All of us were really just glad to see that we had taken something from the beginning to the end,
Seales explained about the series. “I think a lot of times shows end before the cast gets to be a part of that choice, and so it was really nice to be a part of a show that got to choose when it ended and got to end the story on its own terms.”

Launched in 2016, the coronavirus pandemic forced it to go virtual, which led many across the globe to witness Seales’ talent.

While many call it a game show or a variety show, the “Insecure” star has a different take on it.

“I like to describe it as basically a cross between a HBCU homecoming, a family reunion and a revival,” she explained. “It is a whole experience, and we have a live band, we do sing-a-longs, we play games with our two ‘blacksperts’ that come on the stage, and it really is a theatrical community event.”

Seales defines a “blackspert” as “a Black person who is about the preservation and the celebration of Black culture, Black history and the Black experience.”

The “Small Doses with Amanda Seales” podcast host is happy to return to the stage in L.A. as it was postponed twice due to the pandemic. It was supposed to happen in March 2020. “P-Valley” star Nicco Annan and Chris “Comedian CP” Powell from HBO’s “Love Life” will also be there.

For those looking to catch the show, Seales had this piece of advice.

“Everyone is welcome, but it is for Black folks, so when you come make sure that you respect the safe space,” Seales explained.