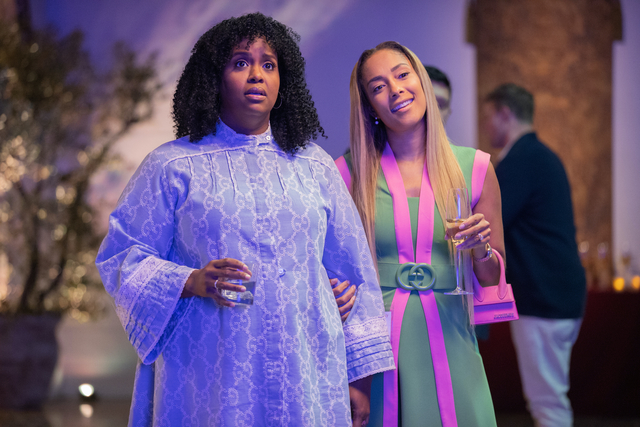 Get Up Erica Featured Video

Amanda Seales is making sure that fans learn to separate fact from fiction after the fifth and final season premiere of Insecure left fans with questions regarding her affiliation with Alpha Kappa Alpa Sorority, Inc.

On Monday (Oct. 25) Amanda Seales took to her Instagram stories to debunk theories that she was a member of the Divine 9, revealing that she’s tired of people questioning whether she’s a member of Alpha Kappa Alpha in real life just because she plays Tiffany, a dedicated AKA soror on the HBO series.

The I Be Knowin comedian went on to share that while she has no issues with the sorority, during her tenure in college she was too focused on herself to pledge.

“I am not a member of the Alpha Kappa Alpha Sorority. My school SUNY Purchase didn’t even have a chapter. By the time I went to grad school I was too involved in the “Mi Phi Mi” of it all… I would be honored to be a part of the Alpha Kappa Alpha but I simply am not. When I play Tiffany I do wear the [pink and green] colors with pride and honor and respect for those who’ve crossed the burning sands.”

Despite Seales politely setting the record straight on her Black Greek affiliation, a few fans took to social media to air their opinions regarding whether non-greeks should don the actual coveted letters of the Divine 9 with many stating they felt offended by the move-prompting Issa Rae to respond.

In a since-deleted tweet, responding directly to a fan, Rae joked that she’ll ask HBO to delete an upcoming episode after a fan asked her not to allow Seales’ character to wear AKA regalia again.

After the controversy continued Rae pointed out other times she’s utilized Black Greeks in her filmography before other cast members chimed in with more facts regarding their characters scripted devotion to the organizations.

While many members were seemingly upset, other Twitter users came to Seales’ defense to remind them that it’s just a show. And, of course, Amanda Seales shadily responded to remind people that she was just there to do her job: “I didn’t write the character–I play the character! I’m not a soror–I’m an actress!”

As for Alpha Kappa Alpha’s take on the matter, reportedly the organization’s corporate officers will be looking into the situation and any steps needed to protect the “brand.”

Ruben Randall - June 25, 2022 0
Celebrity
This week, on the first day of rail strikes across the UK and under the threat of industrial action from refuse workers, teachers...