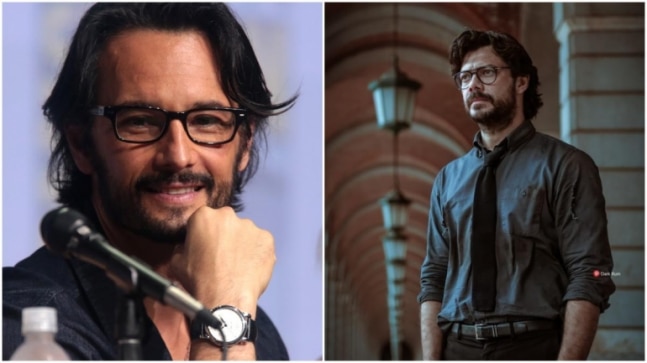 Rodrigo Santoro and Álvaro Morte worked together in Boundless, a Spanish mini-series directed by Simon West. The series premiered on Amazon Prime Video and chronicles the epic story of a group of sailors on a voyage into the unknown. Simon West filmed the mini-series between Spain and the Dominican Republic. In an exclusive chat with IndiaToday.in, Simon West recalled the challenges they had to endure while working on Boundless, especially due to Covid.

“A lot of the work was left for the CGI and VFX team to do, hence directing this one was challenging. We had to keep the time it was set in, in mind and work around it,” Simon told IndiaToday.in. Rodrigo added, “The challenging part was to be able to pull this off under dire circumstances. Also, since the movie is set in a ship in the middle of the ocean, to get the emotions and the nuances correct was also something I looked forward to.”

Rodrigo was also all praise for Alvaro and mentioned that the two had good synergy on sets. “He was amazing to work with. He shared, “Alvaro was amazing. I did not watch Money Heist, but collaborating with him on Boundless was fun. We discussed and chatted a lot about how we approach our respective roles in the show.” Alvaro too added, “Rodrigo is great. Absolutely great. We didn’t want to perform the same type of character, so, we thought it was much more interesting to find the contrast between them to tell the story. For example, Juan Sebastián Elcano and Ferdinand Magellan were doing the trip in different shapes, but we put them together in the same one because we thought it was interesting to get this conflict between them. They’re so so different. But deep inside, there’s respect to each other. As an actor, I mean we just had a lot of fun doing this working together.”

Recently, Money Heist Korea was released on Netflix and was rated highly globally. The OG Professor Alvaro responded to the trailer and said that he found the trailer of Money Heist Korea good. He shared, “I haven’t watched it [the show] yet. You know, I just saw the trailer. I think it’s very good. I mean, Korean people, they know how to do it. The Indian people know how to do fiction and action. And I’m pretty sure it’s going to be very good. I hope they are doing great. I don’t know the cast; I don’t know them. Hopefully, one day we can meet them and discuss, ‘Hey, how did you approach? The professor, how do you build it out? You know why I did it this way. I would like to know how you have done it?’”

He also added that he doesn’t mind if the role of Professor gets attached to his identity. “I’m an actor. I love the professional character. And I love Money Heist, but being an actor, of course, part of my work is to change characters to perform different things.”

Rodrigo also shared his love for India and mentioned that he visited India many years back and practiced yoga.

Gwen Stefani left ‘beyond excited’ by major news amid pregnancy rumors as fans all...

Teen Mom fans think Kailyn Lowry dropped ANOTHER clue that she is pregnant with...

Ruben Randall - November 20, 2022 0
Actress
Amanda Seales was issued a few reads on Twitter after she interjected herself into Samaria Rice and Shaun King’s feud. King became a trending topic...