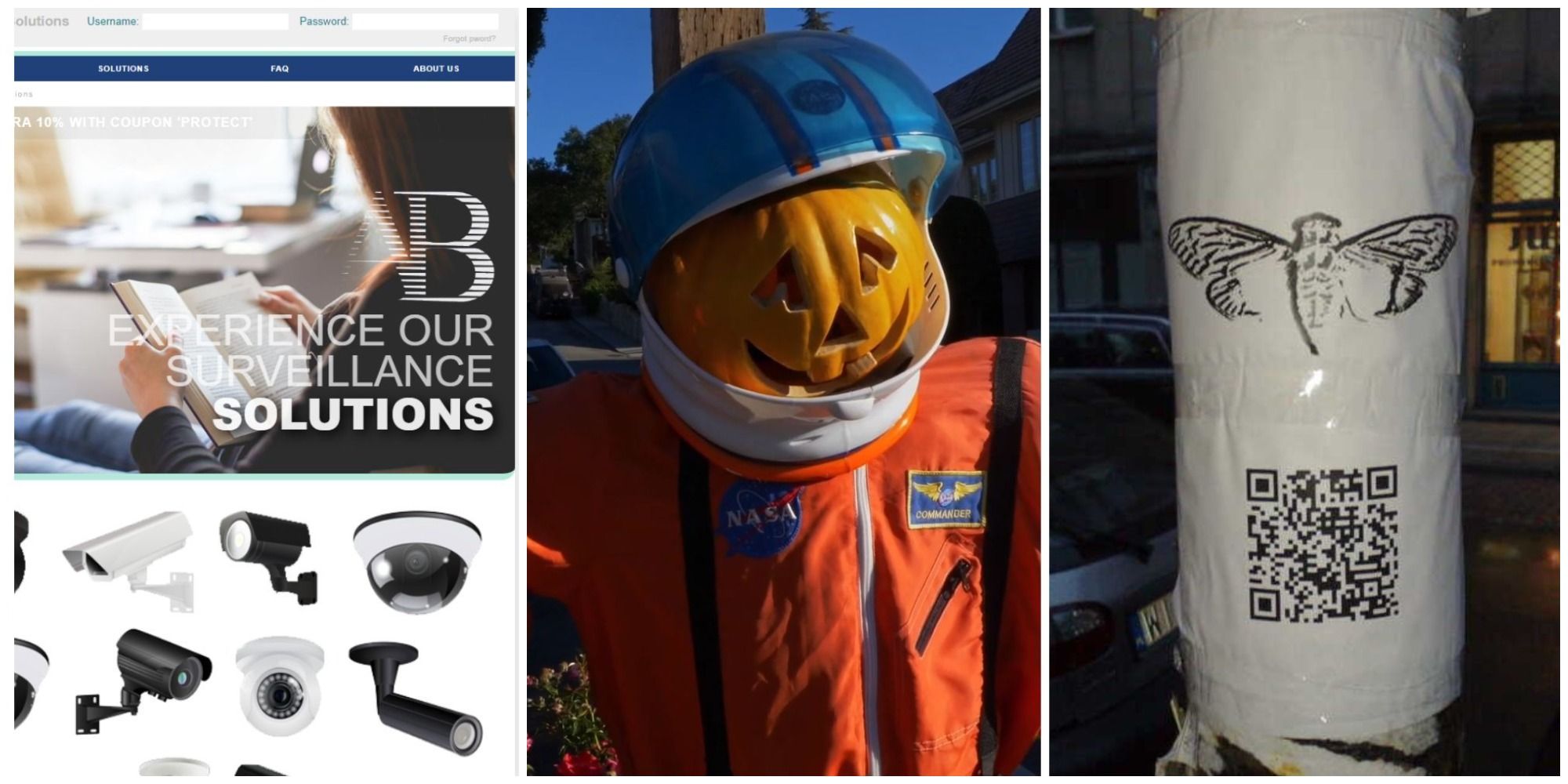 The best games contain stories that pull you in, invading your dreams and taking over your conversations because they are just that impactful. If we’re talking about immersion, few mediums can compete with the realm of Alternate Reality Games (ARGs). Anyone that loves lore, puzzles, and mysteries will be drawn to the world of ARGs, and there are many out there to discover.

ARGs aren’t confined to one file that you launch. Creators use different real-life and digital mediums or tools to provide gameplay. They can be hard to pin down because they don’t always announce themselves as games (that’s part of the fun), but we’re narrowing down the truly stellar ARGs that made a lot of impact on the genre and used so much ingenuity to bend reality.

THEGAMER VIDEO OF THE DAY

Potato Fools Day is a 2011 ARG created by Valve to promote the release of Portal 2. While this isn’t the first time an ARG has been used for marketing purposes, leave it to the same developers that made Half-Life to create one so clever just to hype up the lore and release of a game.

It kicked off with the “Potato Sack” being released on April Fools’ Day, and players had to collect all their potatoes to get the mystery prize. Where things get tricky is that each potato is found by looking through assets and completing secret challenges in select video games on Steam. This included the likes of beating “TEST – For Science” in Audiosurf and completing DLC objectives in Amnesia: The Dark Descent.

Throughout the ARG, Portal 2 references, artwork, and lore were sprinkled in these other games. With all of this Inception-style gameplay, only 1,800 players actually got all the potatoes in time for the release. The lucky few received a Steam badge along with the complete Valve pack with giftable games.

5 This House Has People In It

Perhaps what makes this particular ARG stand out is the fact that it was actually broadcast on television. It added an extra layer of believability and urgency that really made you wonder what the whole unsettling thing is about.

Videos that looked like security camera footage would air at 4 AM on Adult Swim, and viewers would just see the horror unfold. You can still see the video on their YouTube channel. Where the game really begins, though, is when you see hidden clues in some frames of the video and open the website of the story’s alleged security company in question, AB Surveillance Solutions.

Players have to find hidden text files, log-in credentials, links, audio recordings, and photos that fully tell the story of the family in the footage. You just have to find the right triggers, options, and keywords by exploring. You can even find a flash game from the archive if you dig deep enough.

Local 58 is a standout in analog horror, with a sprawling history in its lore that dates back decades. While some have argued that it’s more of a web series, its most recent update with “Digital Transition” firmly plants it in ARG territory. If you visit the Local 58 website, you will be faced with a puzzle that still leads to ongoing updates within the game.

Even the ARG’s creator, Kris Straub, has noted that there are elements that remain unsolved right now. What makes Local 58 such a welcome foray into great horror gaming and alternate realities is how you can easily participate or simply sit back and watch it unfold. Each video entry can be taken as a standalone experience, but they are all connected to an overarching narrative that players must unravel.

In terms of psychological horror and world-building, Local 58 is a true gem in the genre worth revisiting time and again. You can still dig through the site’s HTML code, watch the YouTube videos, and scour Reddit if you want to get jump-started with solving the next phase.

While this wouldn’t be the first horror title based on local legends and folklore, it does a great job at creating an immersive world that feels like it fits right into our own. The Walker Creek Investigation starts out with Daniel broadcasting on the local station. He has tapes from his recently deceased father that are meant to help him discover the mysterious truth about Walker Creek. This is where players come in to help Daniel and resolve the mystery.

With tourist accounts, social media pages, archives, a previously active Discord channel, and puzzles across multiple websites, this is one of the most in-depth digital ARGs that you’ll want to see through to the end. Even though it concluded in 2021, you can still play the game if you avoid the “Epilogue” content.

A lot of people, to this day, think that The Wyoming Incident is a real event that happened. That fact alone is a testament to how effective and iconic it is for the genre. With its roots going all the way back to 2006, it’s largely considered the grandfather of online horror ARGs and creepypasta.

Related: The Best Horror Games To Play With Friends

The Wyoming Incident is supposedly a hijacking of a normal broadcast on a local channel. The inserted video features different disembodied heads in various positions, static and various frequencies, and ominous text with messages like “You cannot hide forever.”

What really ups the creepy factor is the lore that this “real” incident made viewers hallucinate, get headaches, and start vomiting. If it’s of any comfort, The G-Man makes an appearance in one of the videos.

Even if you’re not an ARG fan, chances are you’ve already heard about Cicada 3301. Tons of mainstream media outlets have covered it and there is still widespread speculation on whether it’s a real organization or an elaborate ARG. Something that started as a post on a 4Chan board inviting the most intelligent people in the world to solve its puzzle quickly transformed into a viral sensation, with people across the globe collaborating to uncover its secrets.

These extremely complicated puzzles involved having to use cryptography, data mining, and a variety of other tools to get to the next step. Cicada 3301 dropped clues outside the digital sphere with physical signs in different countries, bootable CDs, and even runes.

If you’re hooked on mystery games, you’ll be excited to know that the third puzzle remains unsolved to this day. Their latest PGP key and online clues from 2017 are still available online if you want to take on the challenge.

Next: Ranking The Most Immersive First-Person Games