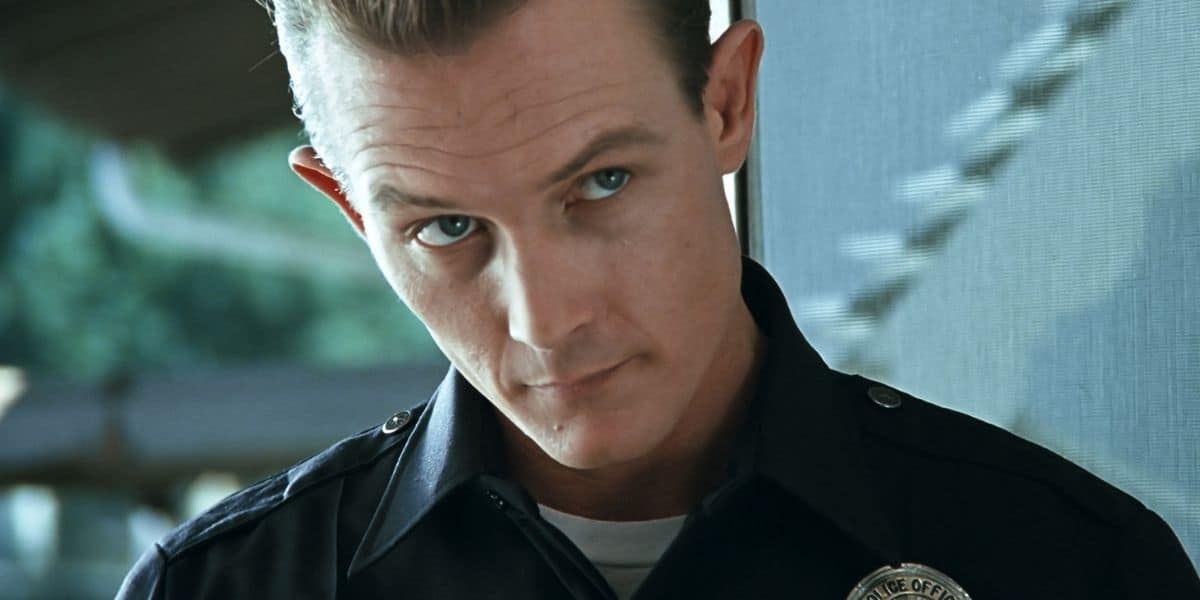 There’s a hard lesson to be learned when it comes to the Terminator franchise, but unfortunately, it seems that Hollywood is yet to learn it. Despite the series reaching its full potential with Terminator 2: Judgment Day (1991), the studio insisted on churning out sequel after sequel.

Attempts at replicating the success didn’t really come as a huge surprise, though, not given the box office success of James Cameron’s superior sci-fi sequel. But what does shock fans is the continued downgrade in quality with each passing film. It’s quite tragic when you think about it. 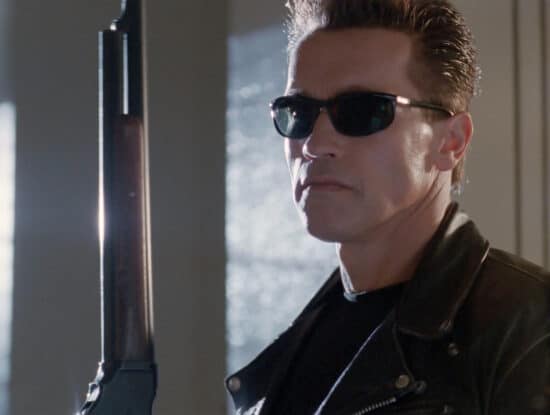 Related: Here’s How ‘The Mandalorian’ Could Do a Major Time Jump

In fact, Terminator might just be the greatest example of an IP gone horribly wrong — the epitome, if you will, of multi-movie franchises that quickly become a parody of their former-selves. Why, after the brilliance of the 1991 sequel, would you even think about making another?!

Beyond the first two, The Terminator (1984) and Terminator 2: Judgment Day, is it all that bad, though? In hindsight, there are some things worth salvaging. On the other hand, there are many that need erasing from existence. Does anyone know a Terminator we can send back in time?!

Here are all the Terminator movies ranked from worst to best.

Yikes — where do we start with the most recent installment in the Terminator series? What was promised as a “return to form”, and much like Halloween (2018), would retcon a whole bunch of sequels, somehow turned out to be the worst sequel of the lot. Yes, Terminator: Dark Fate (2019) really is that bad, despite some jaw-droppingly impressive CGI in the opening few minutes. 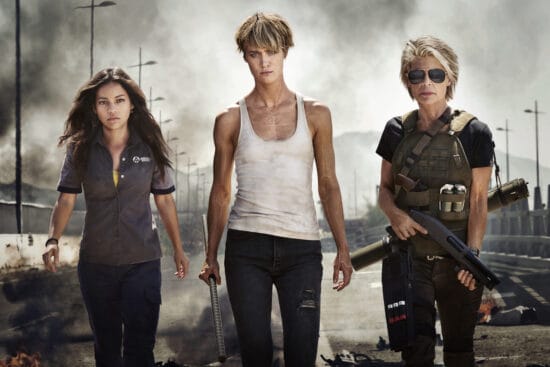 But while it’s impressive to see a de-aged Linda Hamilton (Sarah Connor), Edward Furlong (John Connor), and Arnold Schwarzenegger (T-800), it’s a scene that, like the rest of the film, renders the 1991 classic utterly inconsequential, in exchange for nothing more than a soulless and generic retread of that very film. Not even Arnie can save this film from its own dark fate.

Related: 6 Actresses Who Could Play a Younger Ahsoka in the Upcoming Series

It wasn’t easy deciding whether or not Terminator: Dark Fate is worse than Terminator: Genisys (2015), which was also sold as “the definitive sequel” to the original two movies, or a “renaissance” as James Cameron himself put it (though he was quick to slam the film following the critical reception and box office figures). But there are some takeaways from the 2015 sequel. 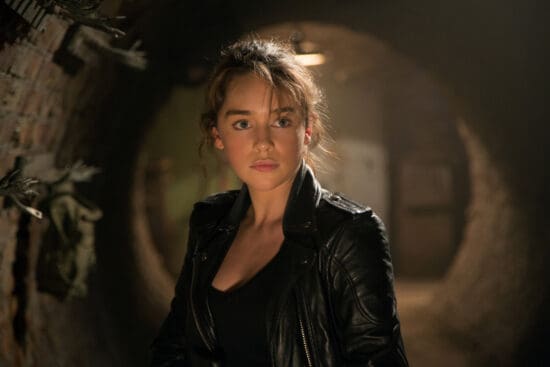 Using time-travel, Terminator: Genisys “resets” the timeline, not unlike Star Trek (2009) and X-Men: Days of Future Past (2014). Enter a fresh-faced Sarah Connor (Emilia Clarke), and a not-so-fresh-faced T-800 (Arnold Schwarzenegger). If you’re after some nostalgia, recreated scenes from the first two movies might help, but everything else will make you want to hit reset.

Related: Will Disney’s ‘Planet of the Apes’ 4 Ruin a Perfect Trilogy?

Before we had to endure Terminator: Genisys and Terminator: Dark Fate, the fourth entry in the series, Terminator Salvation, felt like the worst possible sequel to a Terminator movie. Opting for the post-apocalyptic future scenario rather than the present day wasn’t the real issue, though, but it still doesn’t look like the nightmare future we see in the original movies. 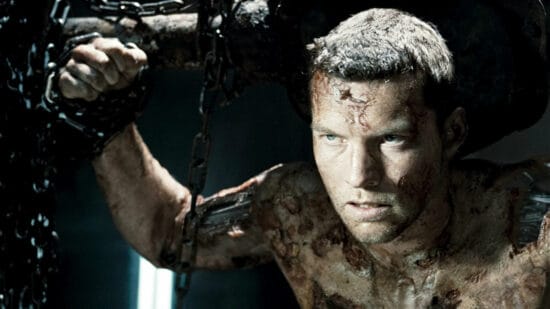 Overall, it’s a somewhat underwhelming affair, but looking back, there are a fair few positives, which is largely the cast — Christian Bale (John Connor), Bryce Dallas Howard (Kate Connor), and the late Anton Yelchin (Kyle Reese). And the fact that it acknowledges the first three movies rather than resetting or retconning, does leave you with some measure of respect.

Make no mistake about it — if the last three movies in the franchise didn’t exist, then, by default, Terminator 3: Rise of the Machines (2003) would of course land the bottom spot. So is it a bad film that’s not as bad as the others, or is it a film that deserves to be third on our list? Well, let’s start by saying that it’s a very mixed bag, because it gets as many things wrong as it does right. 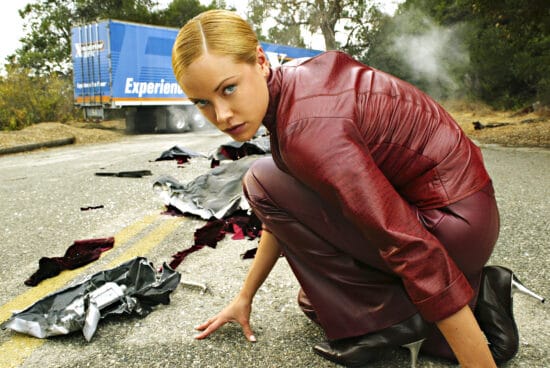 While the dark tone of the first two movies is gone, there are moments of horror throughout, an ingredient that makes a Terminator movie what it is. And though T3 does, at times, feel like a goofy parody of T2, one can’t deny the sheer boldness of its conclusion. As for its villain, while you can’t really outdo the liquid metal T-1000, Kirstanna Loken still gives it her all as the T-X.

Not only can the first two Terminator movies be compared with the first two Alien movies, in that both sequels were directed by James Cameron and brilliantly build upon the world first established in their respective predecessors, but it’s often tricky to decide which of the two is superior. In this case, however, you’ll see that we’ve ranked The Terminator in second place. 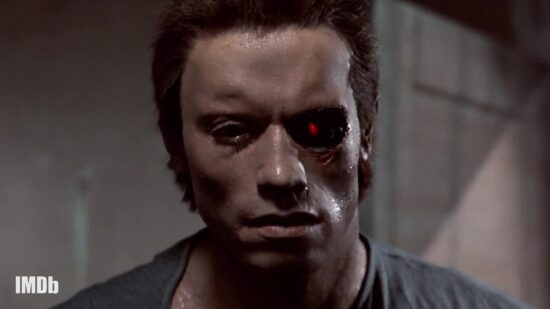 Like Alien (1979), James Cameron’s The Terminator is a sci-fi horror, and it’s unnerving to watch a silent Arnold Schwarzenegger (then-relatively unknown) stalk Sarah Connor (Linda Hamilton) through a dark LA. Sure, it’s aged a bit here and there, and there’s some cheesy dialogue between Sarah and Kyle Reese (Michael Biehn), but overall, this is Terminator at its scariest.

The Terminator also stars Lance Henriksen (Detective Hal Vukovich) and the late Bill Paxton, who plays a punk leader. Both actors have also appeared in the Predator and Alien franchises.

Related: All the ‘Terminator’ References You Missed in ‘The Mandalorian’ 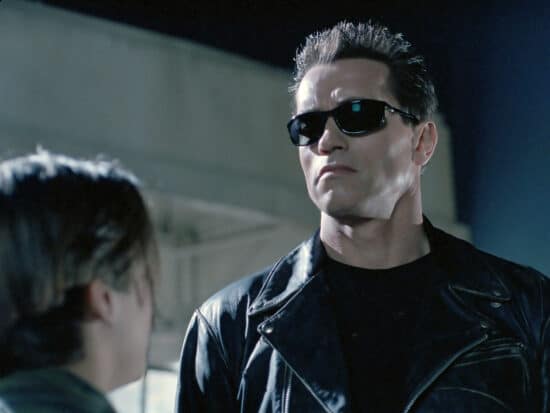 Secondly, it might just be the greatest sequel of all time — but not just in terms of being a brilliant film, but one that surpasses its predecessor. T2 is everything a sequel should be — an expansion of the world created before it, while also moving the story along in exciting ways. Once again, Arnold Schwarzenegger is great as the T-800, while Brad Fiedel’s score is haunting and atmospheric.

Related: All the Batman Movies Ranked Worst to Best

How would you rank all the Terminator movies?

Rafale Pilot ‘Spills The Beans’ On French Fighters; Says ‘One Of...

Ruben Randall - August 1, 2022 0
Celebrity
Rafale fighter jet, the pride of the French defense sector, has experienced many ups and downs throughout its journey, going from being dubbed...

How rich is the entrepreneur?