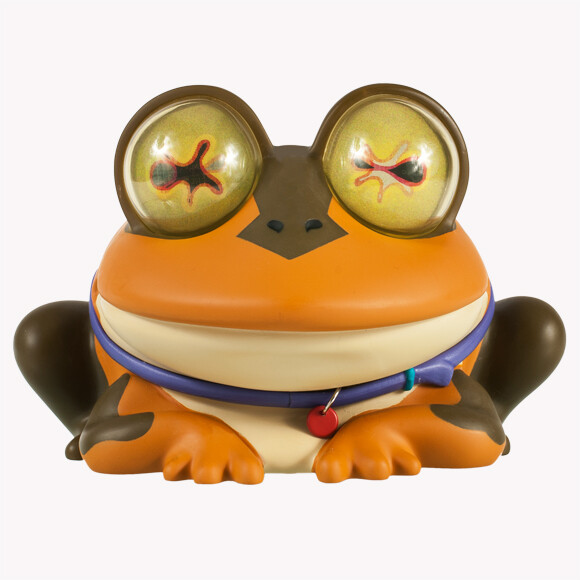 Also, they even included a full episode of Everybody Loves Hypnotoad as a bonus feature on the DVD that’s just him staring into the screen for a half hour. I remember watching that and, ten minutes in, I was like, “Is this it?” I then fast-forwarded through the rest and realized, “Yeah, that was it.”

Westbrook: David X. Cohen, Ken Keeler, Patric Verrone and Dan Vebber worked on that. I think a lot of people watched that episode waiting for the big moment where something happened and it never does. It’s so funny.

Katz: Hypnotoad became much bigger when the show came back. We all loved him and we knew the fans loved him, so he came back more and more. They made plushies of Hypnotoad and vinyl toys of him too.

Keep staring, and you’ll see this is not a toy. Continue Reading Below

Westbrook: He got so big he even ended up on The Simpsons twice. After Futurama, I started working on The Simpsons and in 2014 we did the “Simpsorama” crossover episode. The other writers and I were discussing how much of Futurama we could cram into this episode. Someone mentioned Hypnotoad and it was like, “Of course!”

Then, I wrote a “Treehouse of Horror” episode where Guillermo del Toro did the couch gag. It had all these crazy horror and fantasy elements to it and, in the storyboards he sent us, Hypnotoad was in there! That was when I was like, “I can’t escape this creature!”

Avanzino: We also did a little movie for a Futurama mobile game in 2017 and Hypnotoad was in that. He was doing something to the world, I forget what it was, but we had him meet a female Hypnotoad. All we did for the female version was stick a bow, lipstick and eyelashes on her, pretty much like Ms. Pac-Man. It’s that stupid. 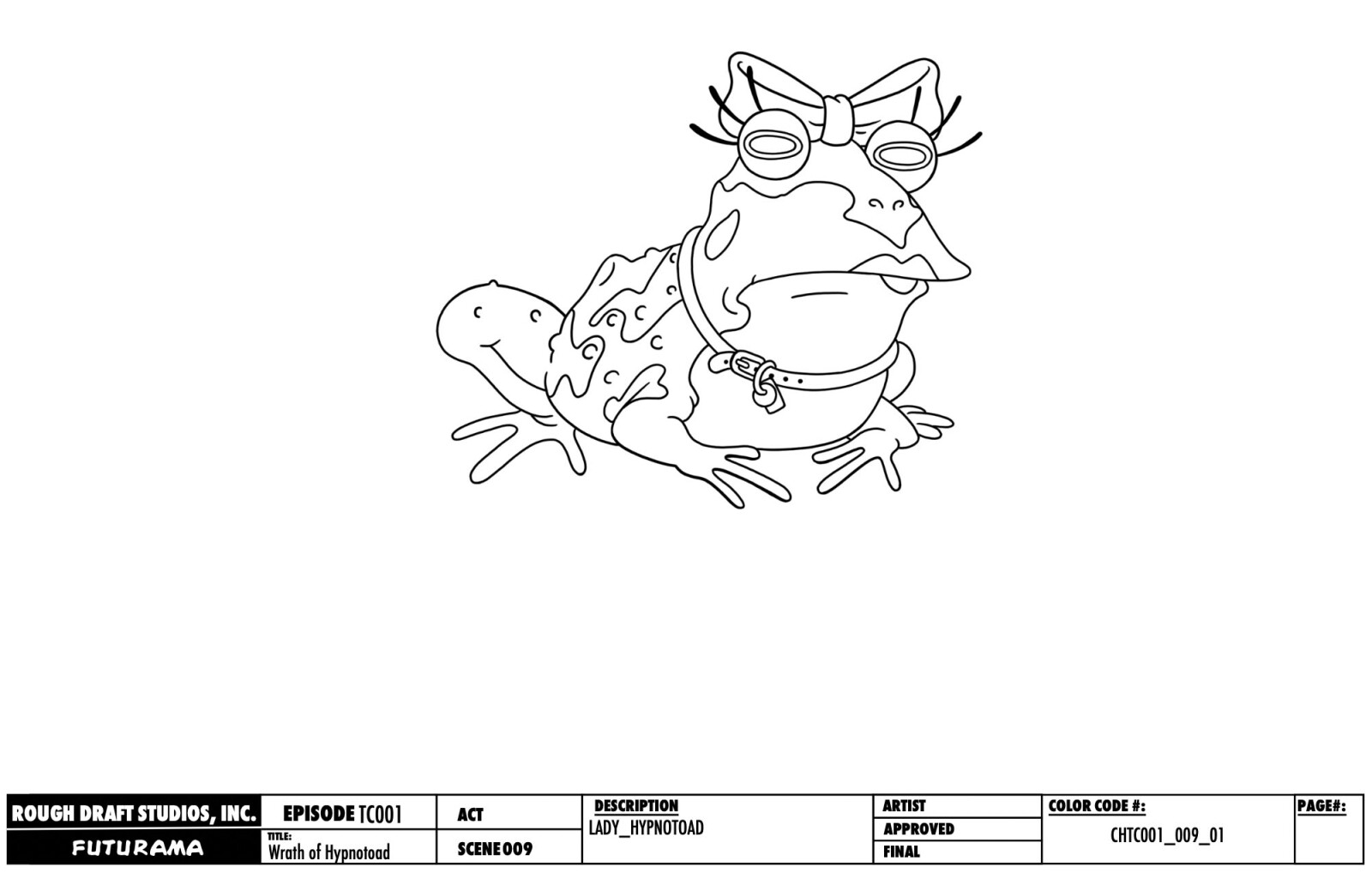 And, while I can’t say anything officially, it’s probably a safe assumption that he’ll show up again in the new episodes coming out.

Katz: Yeah, that’s probably safe to assume. Actually, when they recently announced the relaunch of the show, we created some new artwork to help promote it. Because we love him so much, Hypnotoad was one of those new images we made to help make the announcement.

I just love when tertiary characters like that break out and people become enamored with them. Hypnotoad is one of those characters that, you really have to know the show to know who that is. Most people can identify Bender, but you don’t know Hypnotoad unless you’re actually a fan of the show. And, we’ve gotten an impressive amount of mileage out of him, especially since he’s truly a one-trick toad.

Related: Why The ‘Simpsons’/’Futurama’ Crossover Failed (And What It Could Have Been)

Recommended For Your Pleasure

10 True Crime Podcasts You Need to Listen to This Summer...