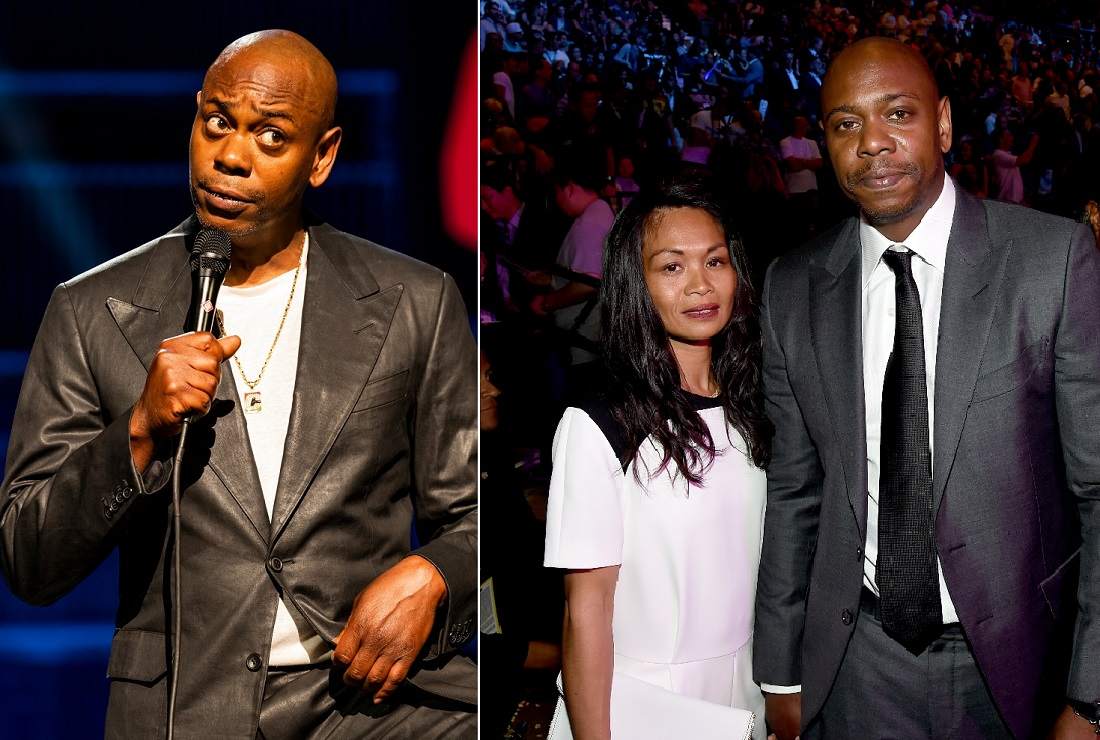 Dave Chappelle is an American actor and stand-up comedian best known for his sketch comedy series “Chappelle’s Show.” As an actor, Chappelle has starred in several movies including “Undercover Brother,” and more recently “A Star Is Born” – also featuring Lady Gaga.

Dave Chappelle’s full name is David Khari Webber. The stand-up comedian was born on August 24, 1973, in Washington, D.C. Chappelle is 49 years old as of November 2022.

Chappelle began doing stand-up comedy when he was just 14. However, he didn’t make comedy his professional career until he left college in 1991. Even though his sketch comedy series “Chappelle’s Show” made him more famous, Chappelle has been a household name since 1998 after starring in the comedy film “Half Baked.”

In 2005, Dave Chappelle took a break from comedy and moved to South Africa. Years later, in 2016, Chappelle signed a mouthwatering contract with Netflix for the release of his stand-up comedy specials on the platform at $20 million per special.

Dave Chappelle started his sketch comedy series called “Chappelle’s Show” on Comedy Central in 2003 and it quickly became a hit. Even though it was a comedy show, Chappelle addressed sensitive issues in American culture, especially ones that had to do with race, through the show. It aired two complete seasons successfully. Midway through the shooting of the third season in 2005, Dave Chappelle abruptly left the show. He also abandoned his deal worth $50 million with Comedy Central and moved to South Africa where he lived away from the spotlight for a while.

Despite reports that Chappelle was battling drug addiction and mental health issues at the time which prompted him to check into a mental health facility in South Africa, the comedian has maintained that he was sound and only needed a quiet place to relax.

Chappelle admitted that the show got him so much fame that was “ruining my life.” He told Oprah Winfrey in a 2006 interview:

Even though Chappelle turned down a big deal in 2005, he is presently doing well for himself with a net worth of about $60 million as of 2022.

Dave Chappelle was born to his parents: William David Chappelle III (father), and Yvonne Seon, née Reed (mother). Chappelle’s parents, who were professors, were also politically active in the 60s and 70s. Sadly, in 1979, William and Yvonne divorced. After their split, Chappelle, who was six years old at the time, began shuffling between Ohio and Washington where his parents lived at the time.

Sadly, Chappelle’s father died on July 29, 1998, at the age of 59. While he was alive, he was active as a civil rights organizer in Ohio.

William Sedar is Dave Chappelle’s older brother and the first child of their parents. William’s details are currently scarce because he doesn’t enjoy being in the spotlight.

Fatimah Akinyele is Dave Chappelle’s half-sister while Yusuf Abdullah is the comedian’s half-brother. After Chappelle’s father separated from Yvonne, he married Fatimah and Yusuf’s mother. Detailed information about Chappelle’s step-siblings is currently scarce.

As of November 2022, Dave Chappelle is happily married to his wife Elaine Mendoza Erfe. Chappelle and Elaine got married in 2001 and currently have three children together. According to Chappelle, it wasn’t love at first sight for them, especially for his wife Elaine. In fact, when they first met in Brooklyn, New York, Elaine Mendoza was reluctant to date the comedian.

However, the duo later fell in love and dated for a while before tying the knot in 2001. Dave Chappelle has been married to his wife for nearly 21 years as of 2022. According to information gathered by DNB Stories Africa, Chappelle and his family currently live in their serene home in Yellow Springs, Ohio.

American comedian Dave Chappelle has somehow managed to keep his dating history off the media. In fact, apart from his wife Elaine Mendoza, Dave Chappelle has only been romantically linked with controversial rapper Azealia Banks.

In 2020, Azealia Banks alleged on an Instagram live session that she had sex with the comedian in the past. She also threatened to ruin Dave Chappelle’s marriage by sharing details of their affair. Interestingly, Chappelle never responded to Ms Banks’ claims.

Dave Chappelle’s wife Elaine Mendoza Erfe (also simply known as Elaine Chappelle) is a housewife. Although Elaine was born and raised in Brooklyn, her parents are Filipinos who immigrated to America. They moved to New York in 1974 – just a few months before Elaine’s birth. Chappelle’s wife was born on August 31, 1974. She is 48 years old as of November 2022.

Even though her husband Chappelle has been a Muslim since 1991, Elaine Chappelle remains a devout Christian. She dumped her ambition of becoming a professional chef to spend more time with her family. In 2017, Chappelle’s wife appeared on one of his live comedy shows. The actor showered praises on his wife and also dedicated the show to her.

As of November 2022, Dave Chappelle and his wife Elaine have a total of three kids (two boys and one girl). Their first child, son Sulayman Chappelle was born in 2001. In 2003, the couple welcomed their second son Ibrahim Chappelle. And their last child Sanaa, who is also their only daughter, was born in 2009.

Sulayman Chappelle is the first son of Dave Chappelle and his wife Elaine. The couple’s first son was born in 2001. He is 21 years old as of November 2022. Sulayman enjoys boxing and also likes writing poetry. According to Chappelle, he found out that his first son smokes weed after sighting rolling papers in Sulayman’s drawer.

Sulayman Chappelle shares a close resemblance with his father. However, he likes to stay away from the media.

Sanaa Chappelle is the last child and only daughter of Dave Chappelle and his wife. Born in 2009, Dave’s only daughter is 13 years old as of November 2022. Sanaa is a child actress who starred in the 2018 movie “A Star Is Born,” alongside her father.

Ruben Randall - July 6, 2022 0
Money
If you want to learn more about Miley Cyrus Net Worth and early life, you should read the full article. Miley Cyrus is a...