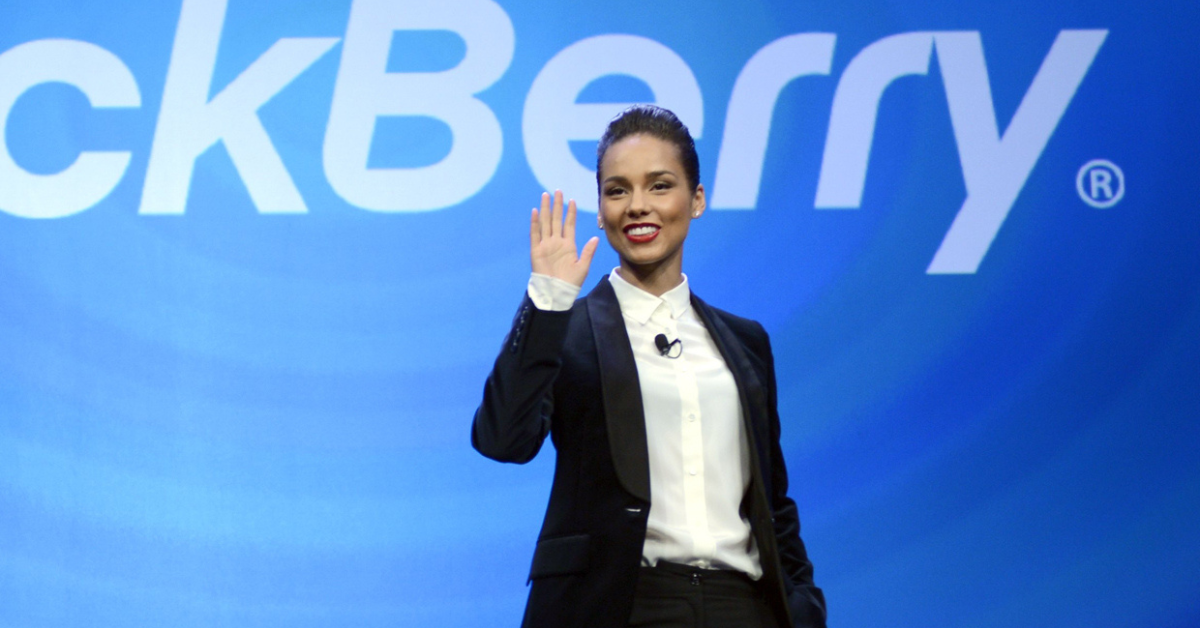 Picking up a deal with a popular brand can just add to a celeb’s net worth. Take George Clooney, the actor is already worth millions, but he would add to that thanks to a $40 million deal with Nespresso.

On the flip side, things can also end badly. Kanye West was the most recent example, as he lost several endorsement deals. He’s far from the only one, who can forget Tiger Woods following his scandal…

In the following, we’ll take a look at the softer side of a celeb losing a spokesperson role. Alicia Keys was on the other end of this one, as her collab with Blackberry got off to a troubled start after she was caught using an iPhone via Twitter…

We’ve seen this go down on multiple instances, celebs sign huge endorsement deals, only to see it fall flat. Even most recently, that was the case, as Kanye West and Adidas parted ways, ending a partnership worth billions following West’s controversial statements. It was a deal West himself never expected to end, and after the partnership ended, he showed up unwanted at the Skechers HQ…

Madonna was in quite the pickle herself. She was paid $5 million by Pepsi to appear in an add, though it would be the final collaboration between the two sides… Madonna sprinkled bits and pieces of her newest hit at the time, Like A Prayer.

See also  Which Supermodel Sister Has The Highest Net Worth?

Given how controversial the song was, Pepsi instantly distanced themselves from Madonna and likely regretted the massive pay as well.

An honorable mention also goes out to LeBron James, who tweeted out that his Samsung deleted all his pictures. The only problem with the tweet, he was a sponsor for the company… Of course, LeBron would regret the tweet and delete it, but at that point, it was already too late.

It should be noted that Blackberry didn’t issue this as the reason for her departure… however, it didn’t kick things off in the right direction. Taking to Twitter, Alicia Keys tweeted, “Started from the bottom now were here!”

Not a controversial tweet, but fans would take note that it was issued through an iPhone. Of course, this caused lots of controversy and Keys would backtrack, claiming she liked Drake, but that the tweet was part of her Twitter account getting hacked… Now that’s a weird tweet to issue by a hacker…

Billboard made mention back in 2014 that things never seemed right between the two sides.

“When Alicia Keys was first named global creative director at BlackBerry on January 30, much derision was made at her expense for tweeting from an iPhone just days before the announcement – and maybe even once again a few days after, in an apparent hack scandal.”

Blackberry ultimately came out of the partnership on the rougher side, having a tough year and once again, changing its direction after releasing Alicia Keys.

Blackberry parted ways with Keys, wanting to take the company in a different direction, away from a business strategy that used celebs to endorse their products.

The company would also issue a statement, thanking Keys for her involvement with the brand. They did so in a professional manner.

“BlackBerry and Alicia Keys have completed our year-long collaboration,” the company said.

“We thank Alicia for her many contributions including providing creative direction for the BlackBerry Keep Moving Project which attracted more than 40 million visits, advocating for women in STEM and launching the BlackBerry Scholars Program. We have enjoyed the opportunity to work with such an incredibly talented and passionate individual.”

Although Keys likely made a big chunk of change from the deal, we doubt she lost sleep over it, with a huge net worth of $150 million, and many other endorsement deals.

Ruben Randall - October 30, 2022 0
TV/Movies
Jim Pohlad is emphatic in his desire to have Carlos Correa back. “I’m totally on board with him coming back,” the Minnesota Twins’ owner said...

Consequence And Talib Kweli Go At It Over Kanye West –...