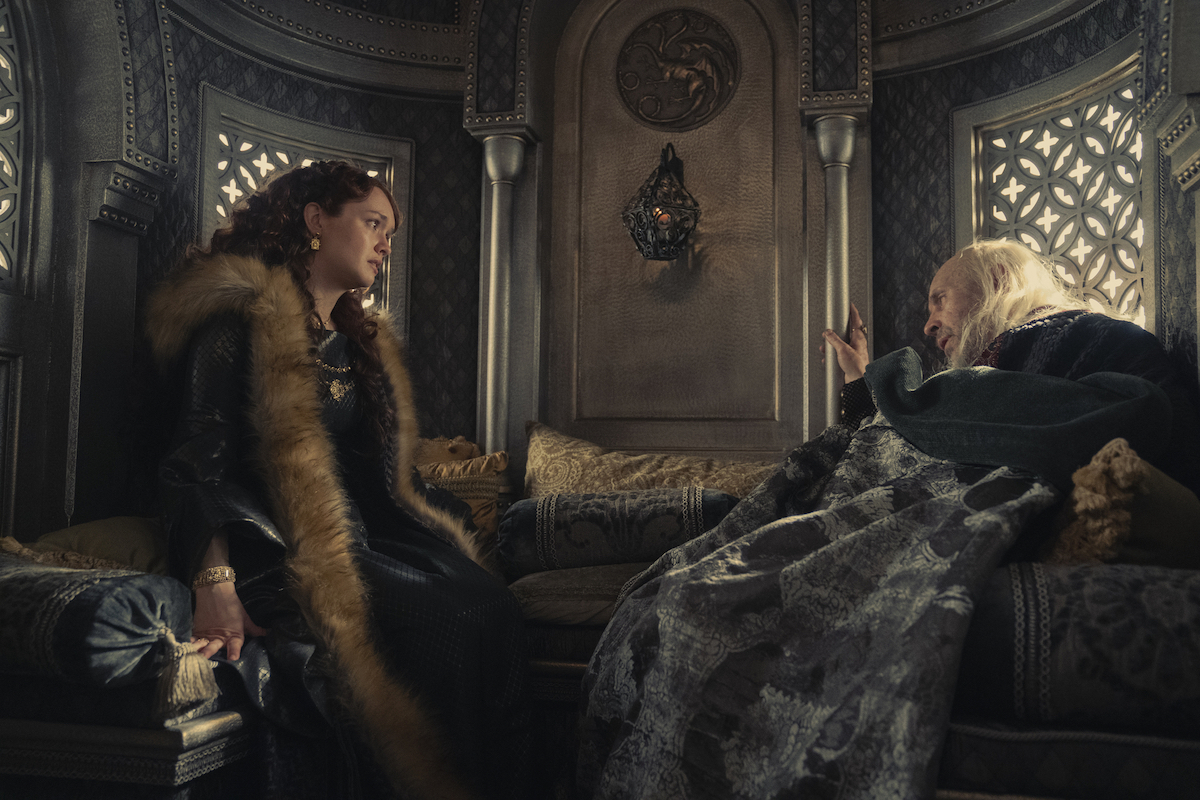 House of the Dragon paired King Viserys (Paddy Considine) with Alicent Hightower before Olivia Cooke played her. Emily Carey played the young Alicent who Viserys took as a bride after his wife died in childbirth. Now that Alicent has settled into her role as queen, Cooke debated her feelings for Viserys.

Yes, Alicent loves King Viserys on ‘House of the Dragon’

Even though Alicent was a teenager when Viserys married her and they had their first child, Cooke believes love has grown between them.

“I think so,” Cooke said on the House of the Dragon podcast. “I think she’s got a genuine love for Viserys. I think a fondness and a love has really grown but I think that’s also because they’ve had these children but also Alicent is almost like a primary caretaker for Viserys now in his various ailments.”

Respect is another question entirely

Cooke questioned whether Alicent respects the king. She’s been in the kingdom long enough to see how things really work.

Ruben Randall - May 16, 2022 0
Money
Michael Irvin is famous for putting the fear of God in his opponents. His bravado and intensity brought the 90s Cowboys team alive. Many...