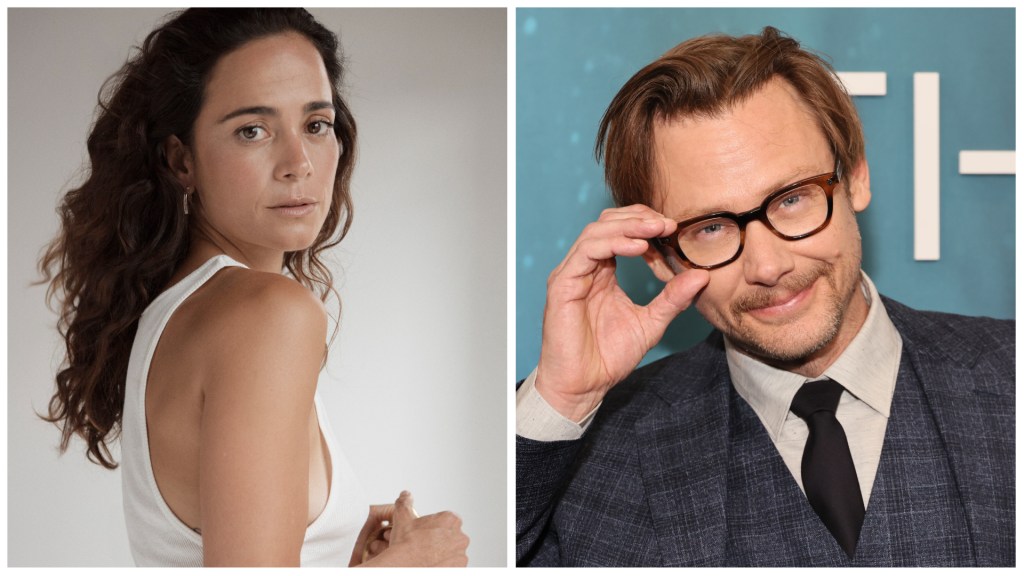 Alice Braga and Jimmi Simpson are the latest additions to Apple’s series adaptation of the Blake Crouch novel “Dark Matter.”

The pair join previously announced leads Joel Edgerton and Jennifer Connelly. The nine-episode series was ordered at Apple back in March.

Per the official description of the show, it follows “Jason Dessen, (Edgerton) a physicist, professor, and family man who – one night while walking home on the streets of Chicago – is abducted into an alternate version of his life. Wonder quickly turns to nightmare when he tries to return to his reality amid the multiverse of lives he could have lived. In this labyrinth of mind-bending realities, he embarks on a harrowing journey to get back to his true family and save them from the most terrifying, unbeatable foe imaginable: himself”

Braga joins the show as Amanda, a psychiatrist, while Simpson will play Ryan, described as “a brilliant neuroscientist and friend of Jason’s.”

Braga’s past TV credits include the USA Network series “Queen of the South” and “We Are Who We Are,” while she has also starred in films like James Gunn’s “Suicide Squad” and “I Am Legend.” Simpson was most recently seen in the Showtime series adaptation of “The Man Who Fell to Earth.” He is also known for appearing in shows like “Westworld,” “Pachinko,” “It’s Always Sunny in Philadelphia,” and “Perpetual Grace, LTD.”

Ruben Randall - July 21, 2022 0
Money
What’s in a name? When it comes to many of our favourite celebrities, their name is their brand — but what we call them...

Edward Herrmann Once Bashed the Real Town Stars Hollow Is Based...