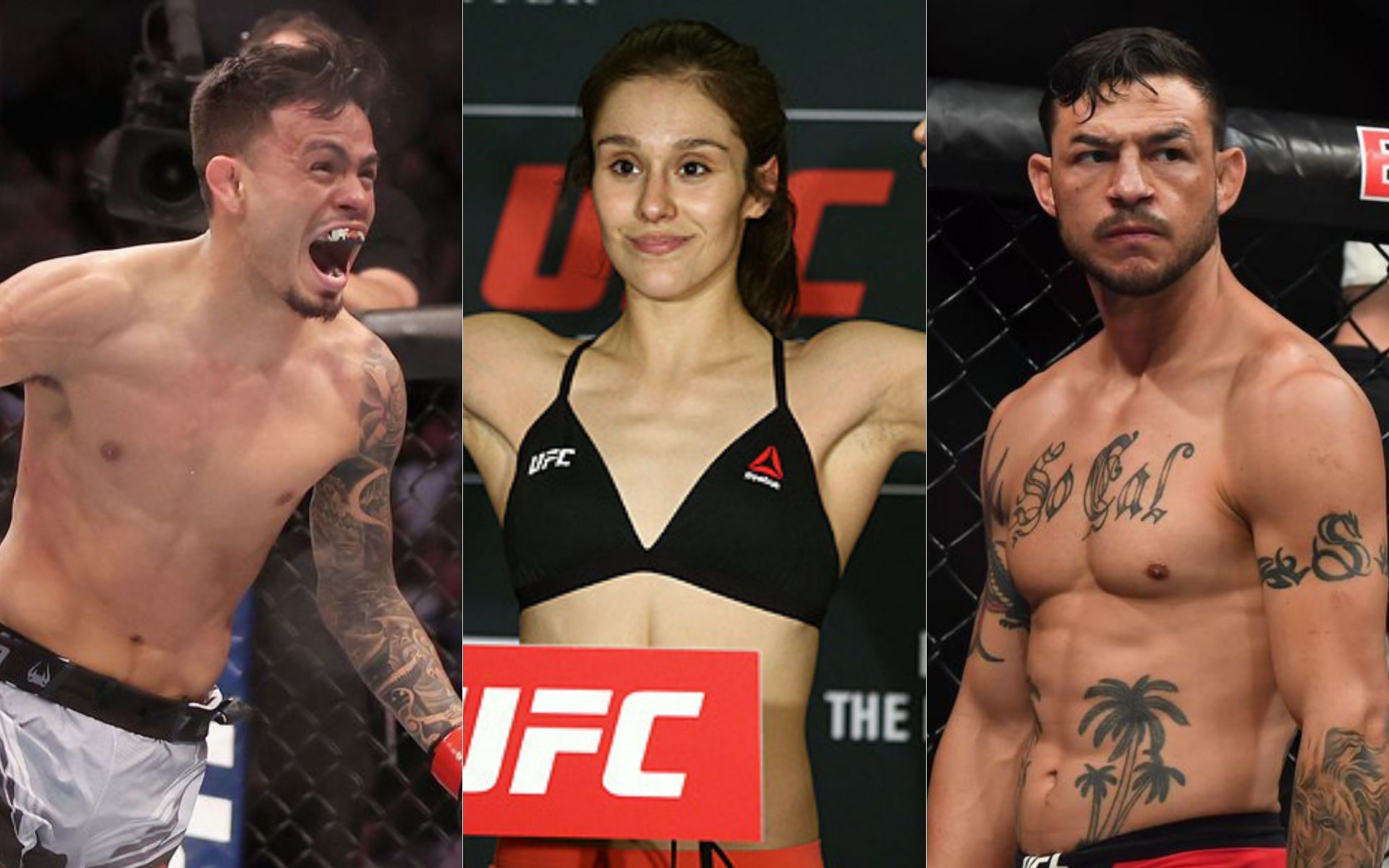 This weekend sees the UFC return to the Apex facility for its latest Fight Night event. While it’s not a blockbuster, it looks worth watching regardless.

UFC Fight Night: Alexa Grasso vs. Viviane Araujo features some of the better up-and-comers in the promotion. While the event lacks star power, there are still plenty of fighters to keep an eye on.

Will some of these fighters end up in title contention in the near future? There’s definitely a chance of that happening.

With that in mind, here are five fighters worth keeping an eye on at UFC Fight Night: Alexa Grasso vs. Viviane Araujo.

Either way, it’s unlikely that their bout will go the distance, making Cirkunov, who has his back to the wall, well worth watching this weekend.

‘Raw Dawg’ is riding a two-fight win streak coming into his fight this weekend. More importantly, his overall octagon record stands at 6-2, with one of his wins coming over Kai Kara-France, who recently fought for the interim title.

Wooooooow 😱Brandon Royval is the real deal folks!He submits Kai Kara-France in the second round and puts the flyweight division on notice 😤 #UFC253 https://t.co/A91KQHP6nx

Sure, Royval has losses to Brandon Moreno and Alexandre Pantoja on his ledger, but his fight with ‘The Assassin Baby’ was an exciting one. That means that if the Mexican can reclaim the flyweight title from current champ Deiveson Figueiredo in their upcoming fourth clash, a rematch between he and Royval could work.

Of course, ‘Raw Dawg’ will have to overcome the challenge of Askar Askarov first, and that won’t be easy. ‘Bullet’ has just one loss to his name thus far – to Kara-France – and holds wins over both Pantoja and Joseph Benavidez. More to the point, he also went to a draw with Moreno.

However, due to his more aggressive and entertaining style, it’s Royval who is more likely to bring fireworks this weekend. ‘Raw Dawg’ will have to fend off Askarov’s powerful wrestling, but if he can do that and find a finish, a title shot might be next – making him a man to watch carefully.