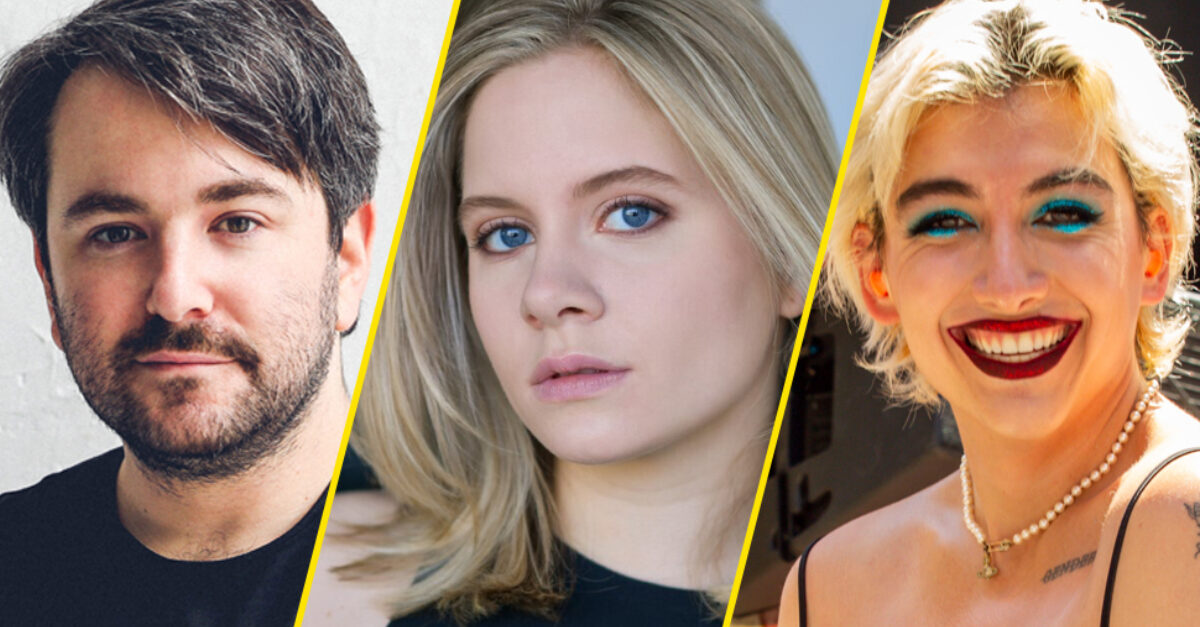 New York Comic Con kicks off at NYC’s Javitz Center October 6, and Playbill will be there all weekend to celebrate alongside our fellow theatre nerds with six theatre-centric panels, exclusive merchandise, and more. Newly joining Playbill’s line-up of events are Alex Brightman, Elizabeth Teeter, Mason Alexander Park, and more.

Theatre fans attending the convention will be able to visit Playbill’s first-ever Comic Con pop-up store (find us at booth #4219), which will be selling exclusive merchandise including limited-edition Playbill Cover cards, magnets, mystery bags, enamel pins, special ParodyBills, and more. Those not able to attend in-person will be able to purchase some of the special offerings at PlaybillStore.com.

“Playbill is thrilled to be an official partner of New York Comic Con and ReedPop,” says Playbill Vice President and Chief Operating Officer Alex Birsh. “We are continually looking to build our audience via unique and exciting avenues of art and creativity. Working with New York Comic Con this year to deliver not only incredible audience-participated panels, but also celebrate our merging communities with merchandise geared towards everyone attending, only amplifies our message that theatre and the arts welcome everyone of all forms.”

See also  MARCEL THE SHELL WITH SHOES ON (2021) Movie Trailer: Dean Fleischer-Camp films a Beloved Character Searching for It's Family

Beetlejuice fans will want to be sure and attend the Beetlejuice On Broadway panel October 7 at 12:15 PM in room 401. The show’s stars, Alex Brightman and Elizabeth Teeter, will join along with book writer Scott Brown and producer Mark Kaufman to talk about the fan-favorite musical currently running at Broadway’s Minskoff Theatre. The panel will be moderated by Beetlejuice line producer Jenny Gersten.

Also October 7, Playbill will host Tune In!, a TV and film panel in room 406.2 at 1:30 PM. Frozen writers Kristen Anderson-Lopez and Bobby Lopez, Schmigadoon‘s Cinco Paul, and stage and screen star Frankie Grande will be on hand with host Talaura Harms to talk about how their life in and love of theatre has affected their work for the screen.

Mason Alexander Park will be back October 7 at 8:45 PM in room 401 for Endless Nights, a macabre evening of music, dreams, and desires inspired by the beloved Neil Gaiman series The Sandman. The intimate concert will feature songs referencing the comics, concepts, and characters themselves.

The Broadway Bard Party is back for its second year October 8 at 10:45 AM in room 406.1, with Tony nominee Gabby Beans (The Skin of Our Teeth), Julian Elijah Martinez (Network), Max Crumm (Grease, Disaster!), Colleen Litchfield (Leopoldstadt), and David Andrew Laws (The Twenty Sided Tavern) on hand to play a D&D-style one-shot, with audiences invited to watch, journey, and laugh along with the panel. The event will be hosted by Playbill’s Jim Cairl.

Ruben Randall - May 17, 2022 0
Money
Dr. Alex Khadavi is reportedly “furious” after his mansion only managed to tempt a high auction bid of $45.8 million, as opposed to the...