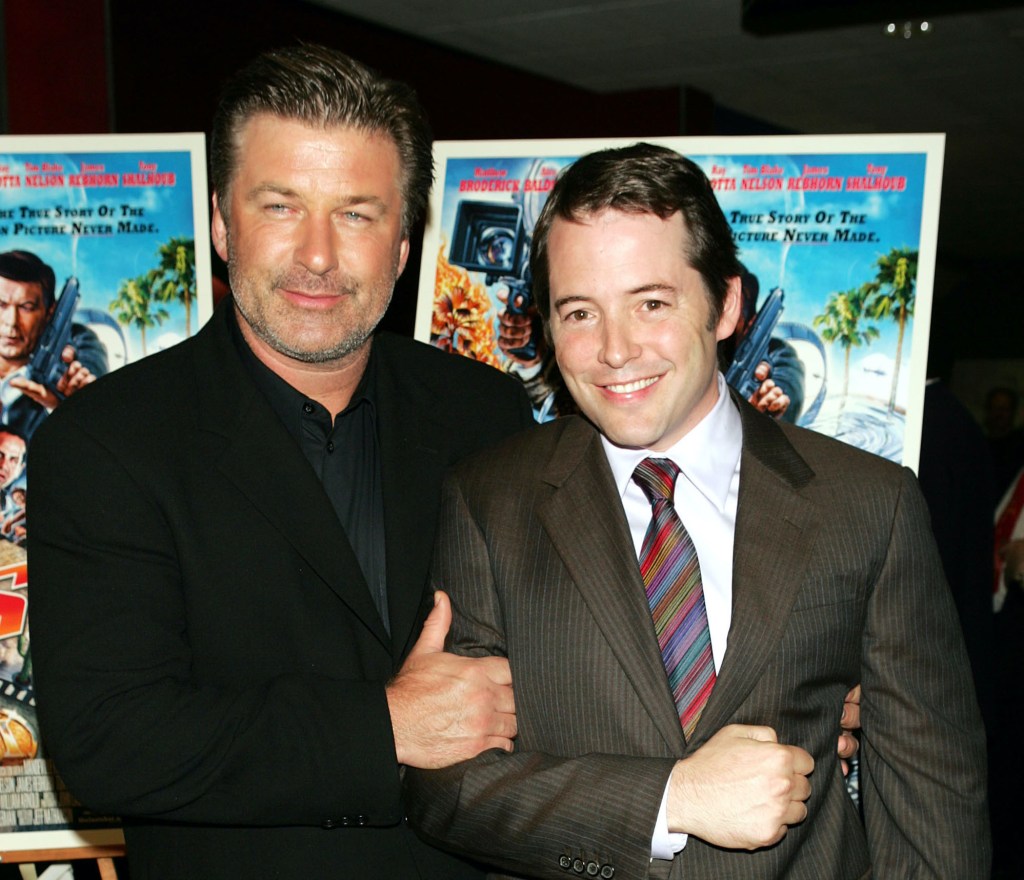 After Alec Baldwin was involved in the fatal shooting of cinematographer Halyna Hutchins on a movie set in October, it’s easy to wonder if his actor friend, Matthew Broderick, reached out to offer sympathy and to let him know that he, more than others, understands his unique anguish.

Baldwin and Broderick will probably never reveal whether such a conversation took place, but Broderick, 60, also was involved in the death of another and has said things that suggest he’s experienced what experts say is the particular trauma, guilt and loneliness associated with unintentionally harming someone.

The film and Broadway theater actor was involved in a car accident in Northern Ireland that left two women dead in 1987. Then 25 and the hot new star of “Ferris Bueller’s Day Off,” Broderick was on vacation and driving with his then-girlfriend Jennifer Grey when his car collided head-on with another, killing Anne Gallagher, 28, and her mother, Margaret Doherty, 63.

While Baldwin has been in the headlines since Hutchins’ Oct. 21 death, with the ongoing criminal investigation, multiple wrongful-death suits and the actor’s controversial public statements, Broderick’s killing of two women 35 years ago has mostly disappeared from the public consciousness.

However, Broderick and his fans have been reminded of the tragedy in the past week, as Grey has given interviews to promote her memoir, “Out of the Corner.” Grey told Entertainment Tonight that the accident was one of the “top three traumas in my life, maybe top one,” even though she wasn’t driving.

Matthew Broderick was driving when he accidentally crashed into another car, killing a mother and daughter. https://t.co/Rpskl2GD6N

While the crash occurred shortly before Grey became a star with the release of “Dirty Dancing,” she said the accident, more than the movie, changed her life forever. “It led to so many other things in my life,” Grey said.

For his part, Broderick has said little about the crash over the years. Right afterwards, “The Producers” actor reportedly expressed deep concern about the victims in the other car, saying, “Did I hurt them? Did I hurt them?” a fire brigade member told People at the time. Broderick’s injuries, including a concussion, a broken leg and broken ribs, put him in a the hospital for a month.

Broderick was initially charged with causing death by dangerous driving and faced up to five years in prison, but he was convicted of the lesser charge of careless driving and fined $175.

Broderick told authorities at the time that he had no memories of the crash or anything that day, the New York Post reported. “I don’t remember even getting up in the morning,” he said. “What I first remember is waking up in the hospital, with a very strange feeling going on in my leg.

Broderick also said in a 2002 interview that he had a hard time coming to terms with causing the deaths of the two women, the Post reported. “It was extremely difficult coming to grips with what happened, but in time I felt better about that terrible experience,” he said. “Therapy helped.”

NEW YORK – MAY 6: Actors Alec Balwin, (L), Matthew Broderick, and Alfred Molina participate in the opening day of the Broadway Softball League in New York City on May 6, 2004. The league is in it’s 50th season. (Photo by David S. Holloway/Getty Images)

Baldwin, 64, also has talked about being in shock after Hutchins was killed on the set of his Western film, “Rush.” He and Broderick co-starred in the 2004 film “The Last Shot,” and the two have been photographed  socializing in New York City and in the Hamptons over the years,

Hutchins was killed during a rehearsal for a gunfight scene. For reasons yet to be determined, the prop gun Baldwin was using held a live round, which blasted into Hutchins’ chest after the gun was fired.

The day after the shooting, Baldwin said on Twitter:  “There are no words to convey my shock and sadness regarding the tragic accident that took the life of Halyna Hutchins, a wife, mother and deeply admired colleague of ours.”

Baldwin’s wife, Hilaria Baldwin, has asserted that her husband has been suffering from post-traumatic stress disorder (PTSD). Baldwin told ABC News George Stephanopoulos in December that he was haunted by nightmares and daily thoughts of the shooting.

However, Baldwin has angered many, including Hutchins’ husband, Matthew Hutchins, by insisting he didn’t pull the gun’s trigger and by arguing he wasn’t responsible for any gun-safety violations on the set even though he also was a producer. Baldwin also told Stephanopoulos he felt no guilt.

“I feel that someone is responsible for what happened, and I can’t say who that is, but I know it’s not me,” Baldwin said.

Matthew Hutchins, husband of Halyna Hutchins who was killed during filming of the movie “Rust” expressed outrage over actor Alec Baldwin’s response to the shooting. Those comments enraged Hutchins. Alec Baldwin did not ‘accept responsibility’ https://t.co/qbC5sBJzzV pic.twitter.com/XN26esnUVS

Several days after the “Rust” shooting, Maryann J. Gray, a retired UCLA social psychologist, published an op-ed in the Los Angeles Times about the grief, sorrow, shame and distress experienced by people who unintentionally harms others.

Gray killed an 8-year-old boy when he dashed in front of her car in 1977 and is the founder of Accidental Impacts, a website that tries to help people come to terms with killing someone else in a crash or accidents “at work, at play or around the home.”

Gray said her research indicated that at least 30,000 people in the U.S. alone accidentally kill someone each year. Many of these people are devastated, Gray said. According to a New Yorker profile of Gray, veterans or police officers who kill people in the line of duty often deal with similar trauma.

“In a split second, (Baldwin) learned how capricious life can be,” Gray wrote in her op-ed. “Horrible images of the shooting and the aftermath are likely dominating his consciousness. He may feel numb or spacey, then crash back down to earth in a sea of despair.”

Even if Baldwin has insisted that Hutchins’ death was an accident and not his fault, Gray wrote that anyone who unintentionally kills someone is still “the agent of terrible harm.” That fact creates a “weight of trauma, guilt and loneliness” that can last for decades, she said.

Gray said there are steps people can do to ease this burden over time, although they should never hold themselves up to be victims. The steps can include therapy, as Broderick indicated. But, while Baldwin said he doesn’t feel guilt, Gray said that the feeling actually is appropriate “when we harm someone.”

Gray also said there is value in “moral repair.” It involves acknowledging the harm (one) has caused and finding a way to honor the victims. Broderick may have made this kind of repair over the years. In 2002, he reportedly agreed to meet the family of his victims.

When Broderick was initially let off with just a fine, the family called the sentence “a travesty of justice,” but 15 years later, the son and brother of Doherty and Gallagher said he had forgiven Broderick. “He didn’t kill my mother and sister deliberately,” Martin Doherty told the New York Post. “There were strong feelings at the time, but I have since forgiven him and feel no anger toward him.”

It remains to be seen if or how Baldwin will make any kind of moral repair. So far, it’s debatable whether he has acknowledged the harm he’s caused. At least, he hasn’t done so to the satisfaction of Hutchins’ widower.

Alec Baldwin gets the rebuke he deserves from slain cinematographer’s husband https://t.co/xgMdLBF72G

Ultimately, Gray said, Baldwin and anyone else who unintentionally kills someone needs to treat themselves “with compassion rather than contempt” and to recognize “the potential to live a virtuous life going forward.”

“I can think of no better way for Baldwin, and for all those who unintentionally kill or injure others, to honor their victims than by choosing to live courageously, with full awareness of the fragility of life,” Gray wrote. “As he begins his journey of coping and healing, I hope he can hold this intention.”

Ruben Randall - March 6, 2022 0
Actor
Arnold Schwarzenegger is a family man! During an appearance on “Jimmy Kimmel...