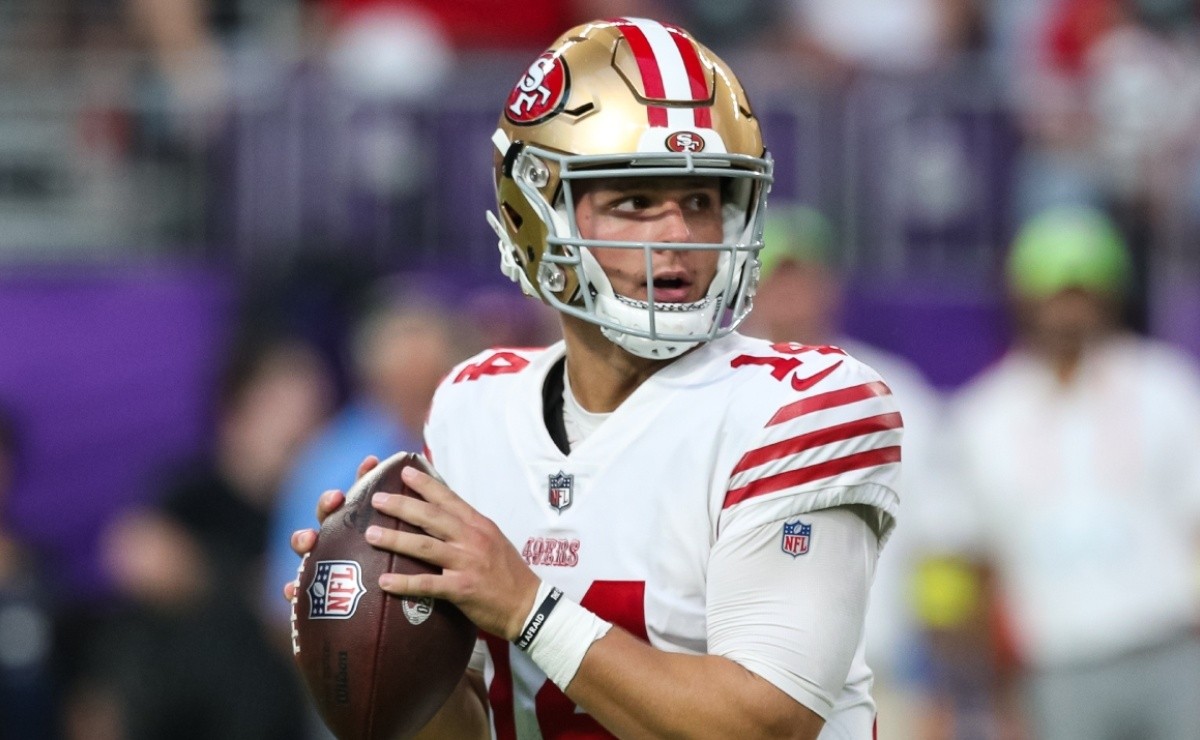 Each year, the last pick of the NFL Draft is called “Mr. Irrelevant”. This year was Brock Purdy’s turn, so here is the San Francisco 49ers quarterback information such as his age, height and net worth.

Brock Purdy is the 2022 NFL Mr. Irrelevant. He managed to enter the league in order to play for the San Francisco 49ers and he now has a chance to do it. Here is the quarterback’s information such as his age, height and net worth.

The nickname “Mr. Irrelevant” is given each year to the player who gets selected with the last pick of the NFL Draft. There are some cases of success, but it is difficult to find a hidden gem in those places.

In 2022, Brock Purdy was selected with the 262th pick by the San Francisco 49ers. It was unlikely that he could play, but after Trey Lance and Jimmy Garoppolo got injured, he had to step up for his team in Week 13 game against the Miami Dolphins.

How old is Brock Purdy?

Brock Purdy was born on December 12, 1999, so he is 22 years old. He’s playing his rookie season with the San Francisco 49ers, who gave him the opportunity to become a professional football player.

How tall is Brock Purdy?

Brock Purdy is 6 ft 1 in (around 1.85 m). In the San Francisco 49ers roster, he’s the shortest quarterback as Jimmy Garoppolo and Trey Lance are taller.

Which college did Brock Purdy play for?

Brock Purdy went to Iowa State. In four years playing for them, the quarterback completed 993 passes in 1467 attempts (12,170 yards). He also threw 81 touchdowns and 31 interceptions for an overall QB rating of 151.1 in four seasons.

Which is Brock Purdy’s net worth?

See also  Is James Spader Leaving The Blacklist? Why He decided to Go Bald for the Show