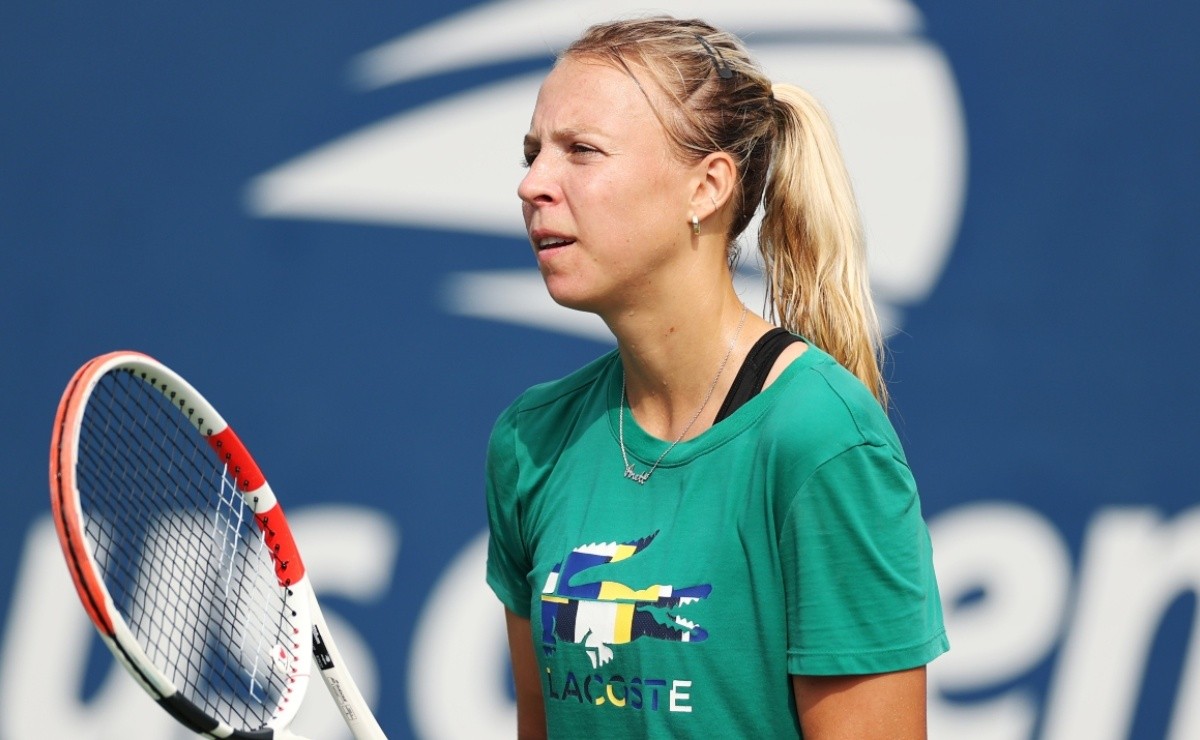 Anett Kontaveit’s goal for this year’s US Open is to clinch the finals. Here, check out all about her profile information such as her age, height, coach, husband, net worth, and social media.

Anett Kontaveit has come a long way to be a top 2 WTA-ranked player. Since her first WTA main draw game in 2013, she has fought against all odds, and won her first WTA title in 2017. Now, she could be remembered as the player who retired Serena Williams.

However, Kontaveit’s story is way more than the game against the WTA legend. In fact, she has won three 250 WTA tournaments, two of the at a hard tennis-court, same as the 2022 US Open. And this year might be her best so far.

But she has failed to fulfill the expectations. With great seeding numbers in two of the four 2022 Grand Slams tournaments, she fell short in the second round as her best performance. So, this will be her last chance to close out a big improved year for the Estonian.

How old is Anett Kontaveit?

Anett Kontaveit was born on December 24, 1995. So, Kontaveit is currently 26 years old. In 2012, she played her first WTA qualifying at Copenhagen and Moscow. Also, she won two singles titles on ITF Circuit.

How tall is Anett Kontaveit?

As a Estonian tennis player, Anett Kontaveit has an exceptional physique. The No.2 WTA-ranked player is listed as a 5-foot-9 player. This makes her perfect for a very physical and quick game style on the tennis court.

Who is Anett Kontaveit’s husband?

Anett is currently single. The details about her current or previous relationships haven’t yet been disclosed to the media. In fact, she prefers to keep improving on her career, and train for upcoming matches. Also, she spends so much time with her family and friends.

How much is Anett Kontaveit’s net worth?

According to the WTA Tour website, Kontaveit has earned a total of $7,655,943 in prize money through her tennis career. Therefore, her current net worth may be between $7.7-million and $8-million-dollars in total. This due to undisclosed endorsment deals she has with several sports brands.

Ruben Randall - October 22, 2022 0
Money
Songwriting is one of the most emotionally revealing activities a person can engage in because songs...