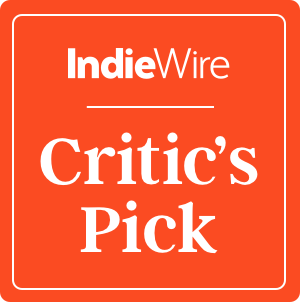 How best should we remember the dead? The critical African American history retold in Margaret Brown’s imperative film, “Descendant,” an unblinking investigation combining local stories with “Erin Brockovich” flair, seeks to answer that question. Because for the many Black folks living in Africatown, Alabama, where the last slave ship made landfall, remembering is what they do best.

See, in 1860, long after the Act Prohibiting Importation of Slaves was signed in 1808, two wealthy white men from Mobile, Alabama made a bet. Despite the law, they believe they could sail to Africa, capture Africans, and bring them back as slaves without anyone finding out. Within months they returned with 100 captive Black people. The two men burned and sank the ship, named the Clotilda, erasing all traces of the grave crime they committed.

Brown’s arrival in Africatown in 2018 for “Descendant,” coincides with a first-of-its-kind, nationwide partnership to search the waters surrounding Mobile for the wreck of the Clotilda. But Brown’s focus extends far beyond the ship. The passionate descendents of those Africans still live in the area, and they’ve been itching not just to find the artifact, but to seek justice.

The opportunity for justice, however, requires quite a bit of luck. During the pandemic, like many, I tried to search for my family history and found very few answers. In fact, for most Black folks living in America, tracing one’s history beyond 150 years is next to impossible. The tactics of slavery, the miserable economic engineer which still powers the country today, demanded that Black folks’ individual histories be severed from their time in Africa. There were several ways histories were stricken: By not assigning the enslaved last names, by selling loved ones, by forced assimilation through the banning of cultural songs and languages.

See also  How Much Money does the Comedian Have?

Ahmir ‘Questlove’ Thompson is a producer on “Descendant,” and similar to his gorgeous restoration of the footage from the Harlem Cultural Festival in “Summer of Soul,” the film’s interests lie in rectifying Black erasure. Much like Margaret Brown’s lens gliding over the water, barely piercing the layer beneath the surface, she .

Footage from VHS tapes features interviews with the previous generation, passing down tales like sacred heirlooms from ancestors. They all mention one name: Cudjo Lewis, the last local survivor of the slave ship, who lived until 1935. Filmmaker and anthropologist Zora Neale Hurston interviewed Cudjo in 1928, and took the only surviving film of him. Hurston used her writing and filmmaking (her short “Fieldwork,” partially included in this documentary, is a must-watch window into early 20th century Black American history) as a way to capture the Black traditions and ways of life that were soon slipping away to the ether of time. The images of Cudjo: his sturdy gait, his ebullient smile under a white blanket of hair, make you feel as though you’re touching the past (a testament to Hurston’s tangible filmmaking). Hurston’s interviews with Cudjo would compose the bulk of her book “Barracoon: The Story of the Last ‘Black Cargo,’” which lay in obscurity, due to publishers’ reluctance to publish the work in the vernacular of its subjects, until 2018.

The release of “Barracoon” brought new attention to the Clotilda. For Brown, however, the pressing mystery isn’t where the ship is hidden. Not only is the vessel discovered halfway through the film, but the director never shows the search effort led by National Geographic. Instead she captures their town hall style news conferences with the descendants. The decision rightly places the descendents in control of their ancestors’ stories.

Besides, for Brown, the questions of why and how supersede the where. Brown captures the many links to the past dotted around Africatown: Street names whose origins trace back to Clotilda survivors and plantation owners, the local graveyard (its own kind of museum), and the land itself. The connection to the past can even be found in the bodies themselves: The Black residents have a much higher occurrence of cancer because of the toxic presence of a paper plant, demonstrating the hold that the practice of slavery still has on African Americans today.

Brown always returns to her central thesis: How best do we remember our past? Is it through statues, street names, films, books, oral storytelling, or museums? The residents of Africatown want to go big, they dream of a museum. It’s a logical desire. But Brown even wonders about the touristic ways we approach history: One descendant explains how people will say they’ve been to a place, or seen an artifact, yet are unable to explain how it changed them.

Not every component of “Descendant” works: The film opens with Marine Archeologist Kamau Sadiki, but the emotional researcher doesn’t fold in well in the narrative. The descendant of William Foster, Michael, appears, but apart from his tacit belief that his ancestor was one of the “better” slave owners, his inclusion veers closer to a sideshow than being revelatory.

Still, DPs Justin Zweifach and Zac Manuel (cinematographers on Garrett Bradley’s “Time”) paint the southern sky in mystical blues and candy yellow kissed sunshine. The plaintive, mournful score ensures an evocative beginning to Brown’s picture, and the shift to African instruments gives the remembrances a revenant warmth. A feeling that tracks because knowing where you came from is a tender hug. And as the saying goes, it often tells us where we’re going. To the many Black folks who kept the words of their ancestors alive, it’s a birthright. In Brown’s must-watch filling of a historical gap, a blow against white-led Black erasure, “Descendent,” explains to audiences how storytelling can be a revolutionary act.

“Descendant” premiered at the 2022 Sundance Film Festival. It is currently seeking U.S. distribution.

Ruben Randall - March 31, 2022 0
Celebrity
When first introduced to the magical world of Harry Potter, viewers are delighted by its colorful and reassuring façade. Much like the...

$120 Million Worth Joe Rogan Reveals How Hollywood Can Enhance MrBeast’s...