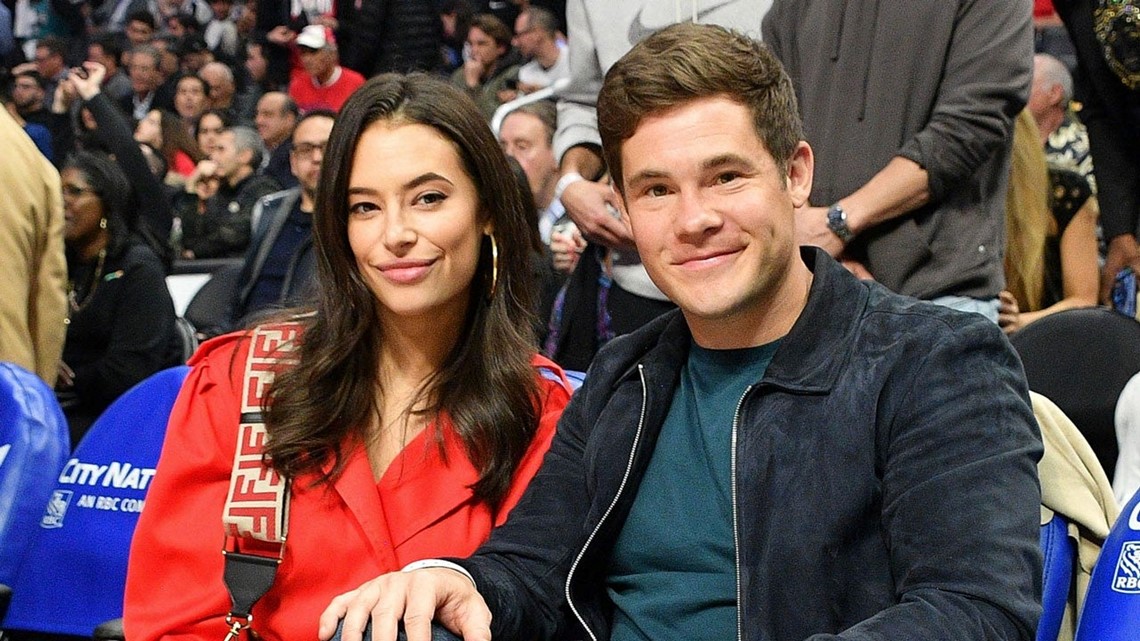 The wedding bells have chimed! Adam DeVine and Chloe Bridges have tied the knot.

The Pitch Perfect star’s  rep confirmed to ET that DeVine exchanged vows with his longtime girlfriend over the weekend. The ceremony was held in Cabo San Lucas, Mexico, according to Page Six.

DeVine’s former Workaholics costar Erik Griffin shared a snapshot of DeVine and his longtime comedy partners — Blake Anderson and Anders Holm — all celebrating together in Cabo.

“Dem Boyz! Devine is off the market! Such an awesome wedding!” Griffin captioned the pic.

Nearly a week before the ceremony, Bridges took to Instagram to share an update about their wedding plans and the multiple pandemic-related setbacks that popped up since they first got engaged nearly two years ago.

“Were we crazy for trying to plan a wedding during a global pandemic?? Probably, yeah, cause many, many things went wrong including but not limited to us both getting breakthrough covid 😐 But we gave it our best shot and it’s almost here and it seems like it’s actually going to pan out!!” she wrote, alongside a slideshow of photos of her in various white gowns.

“Consider this dump of the wedding dresses I almost-chose-but-didn’t to be your warning that this is going to be a very wedding-heavy account for the next two weeks 🙃” she added.

The cute couple — who started dating in February 2015, after meeting on the set of The Final Girls the year prior — announced their engagement in October 2019.

“She said yes! Well actually she said ‘ahh Adam’ and then kissed me but I’m pretty sure that means YES!” Devine captioned a post announcing the news. “I love Chloe more than anything and I’m so excited to spend the rest of my life with her amazing self.”

Congrats to the happy couple!

Ruben Randall - December 1, 2022 0
TV/Movies
Enough has been written about the newest MCU star Jonathan Majors who made an impact with his role as Nathaniel Richards in ‘Loki’ TV...