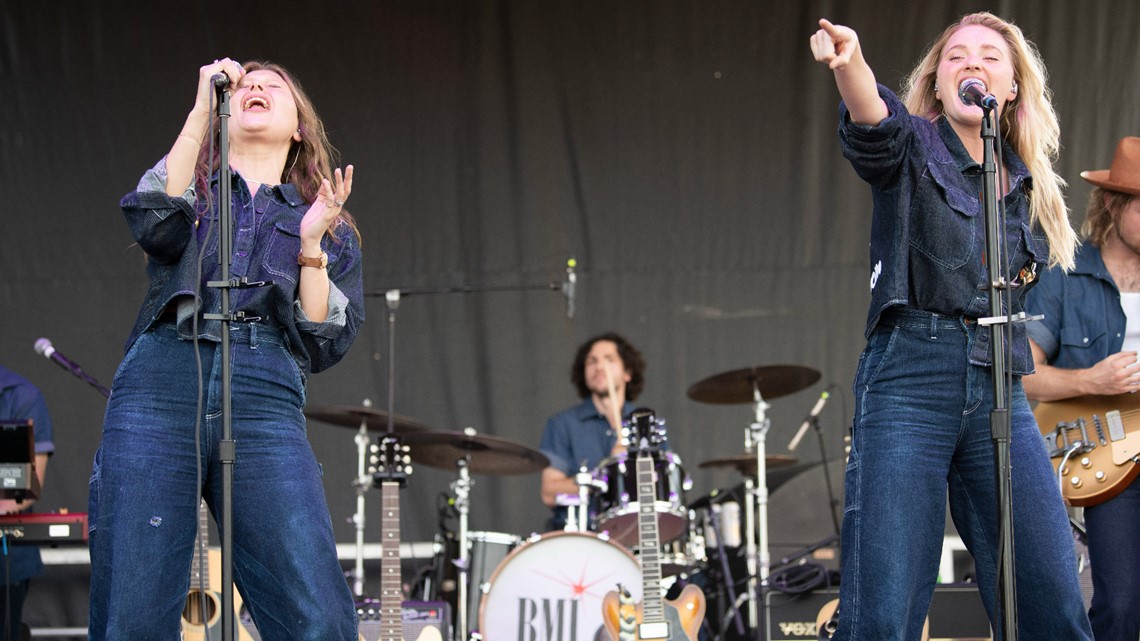 The sister duo leaned into the good vibes at their Weekend 1 set.

AUSTIN, Texas — On Saturday, Aly & AJ played the Austin City Limits Music Festival for the first time – but you’d never guess it from their set.

With their matching denim-on-denim outfits and beachy waves, the sisters were the embodiment of California cool. They were confident, casual and didn’t seem to pay much mind to whether or not the crowd knew who they were.

“If you don’t know who we are – you’ll know by the end. It’s OK,” Aly Michalka joked near the start of the set.

Similar to The Chicks on Friday, the Michalka sisters stuck to newer songs during their ACL set, with eight of the 13 songs they played coming from their 2020 record “A Touch of the Beat Gets You Up on Your Feet Gets You Out and Then Into the Sun” and another three from their upcoming record.

But Aly & AJ’s set being mostly newer tracks didn’t matter in the same way it did for The Chicks. The sisters were playing a crowd that either knew all their songs or barely knew who they were, and that broad spectrum worked in their favor – they could play whatever they wanted.

See also  How To Mark Tweets As Sensitive & Why You Should

One second, they were both on acoustic guitars, then electric. Then Aly was sitting down at the keys. Then AJ was playing a xylophone.

The sisters don’t play rock music, per se, but Aly & AJ command a stage and a crowd like rockstars — albeit humble ones.

“What an incredible crowd!” AJ Michalka screamed more than once.

“We have you guys to thank,” Aly Michalka said during a speech about the duo’s return to music after a brief hiatus. “We love you.”

If you missed the sisters’ Weekend 1 set, you’re unfortunately out of luck, as they won’t be back for Weekend 2. But we’d recommend catching them the next time they’re in town.

Ask Amy: Should racist cousins get invited to my daughter’s wedding?

Ruben Randall - September 4, 2022 0
Money
Armie Hammer is at the center of House of Hammer, which examines the Hammer family's legacy—as well as abuse allegations levied against the Death...