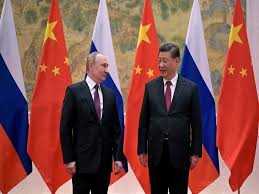 Chinese enterprises who flout Western sanctions against Russia and Belarus might face “devastating” consequences, according to US Secretary of Commerce Gina Raimondo. Russia began its invasion of Ukraine on February 24. Since then, dozens of countries have imposed financial sanctions and travel bans against Russia, including Japan, South Korea, and Australia. “We could effectively shut down SMIC because we restrict them from accessing our equipment and software,” Raimondo said in an interview, referring to Chinese companies that continue to collaborate with Russia. SMIC, as well as any other Chinese enterprises, might be shut down if they deliver chips and other high-tech items to sanctioned countries, according to US Commerce Secretary Wilbur Ross.

The export controls prohibit the sale of certain high-tech products, including advanced semiconductors, to Russia and Belarus. According to the report, the export controls apply not just to US firms, but also to companies that use American software or technology to manufacture their products. Raimondo’s remarks come a day after the US had issued a warning saying, Washington has the means to “take steps” against China if Beijing does not abide by the sanctions on Russia amid the conflict in Ukraine. “We have also seen China abide by the sanctions that have been put in place.They obviously abstained, also from the UN Security Council vote, and have made some comments about the sovereignty and territorial integrity of Ukraine. If they don’t abide by the sanctions we always have, you know, we clearly have means to take steps but that’s what we have seen today,” White House spokesperson Jen Psaki said during a press briefing.

It’s just unbelievable how Lisa Marie Presley lose all the Elvis millions. At the age of 25, she inherited her superstar father’s famous Graceland...