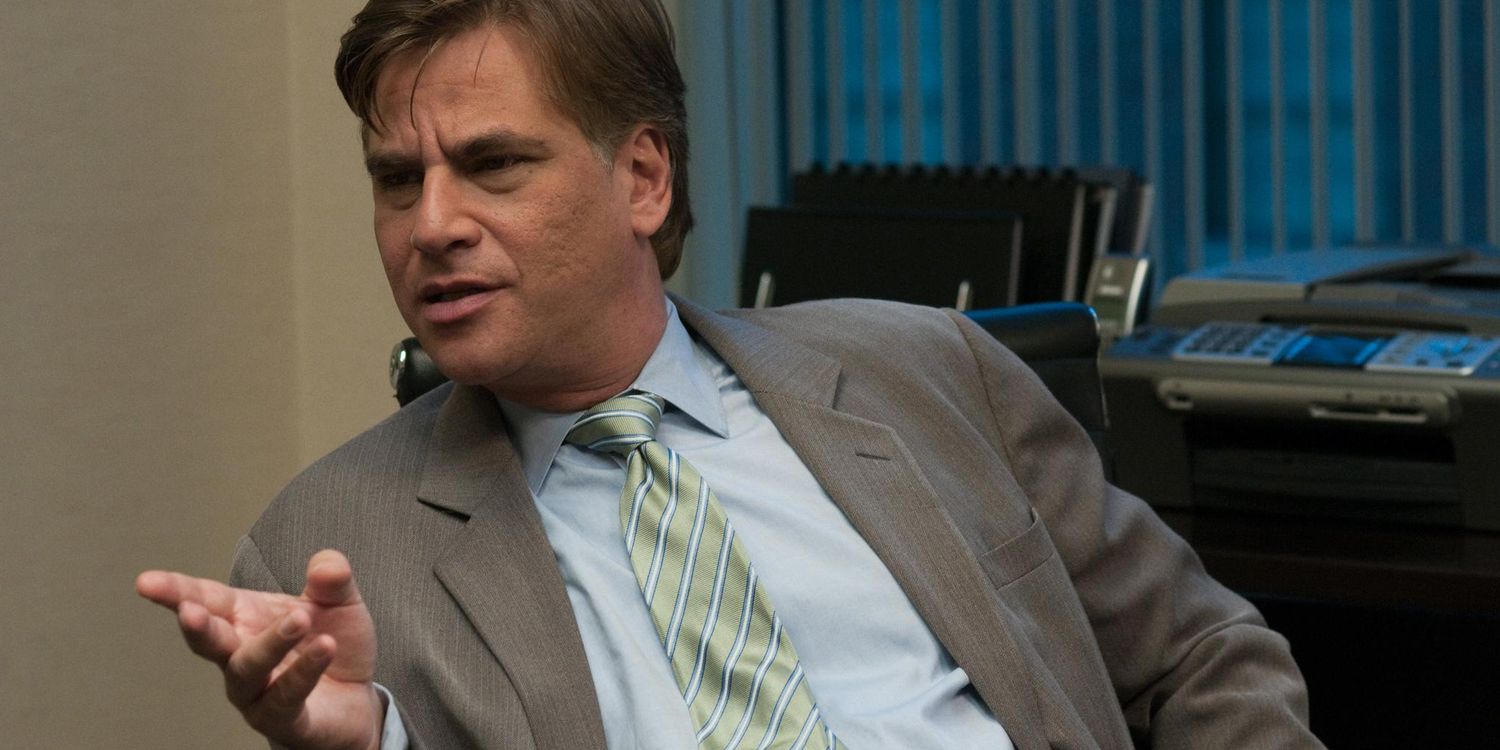 Aaron Sorkin tells Congresswoman Marjorie Taylor Greene to go to Hell after she uses a quote from 1992’s A Few Good Men which Sorkin wrote.

Aaron Sorkin tells Congresswoman Marjorie Taylor Greene to go to Hell after she uses the iconic quote from his 1992 legal drama, A Few Good Men. Greene, having recently been permanently banned from Twitter, has attracted notoriety in her time as a representative for the state of Georgia for promoting conspiracy theories and misinformation, particularly relating to the 2020 election and the coronavirus. Greene used the quote, “You can’t handle the truth,” in response to her being banned from Twitter after violating the site’s five strikes rule about promoting misinformation about vaccines.

A Few Good Men follows Lieutenant Kaffee (Tom Cruise) as he investigates the death of a Marine at the hands of two other Marines, while sparring with Colonel Jessup (Jack Nicholson.) The quote, “You can’t handle the truth,” comes at the climax of the movie where Kaffee demands to know the truth from Jessup in the courtroom and Jessup retorts. A Few Good Men is regarded as one of the seminal legal films of the ’90s.

In an interview on The Late Late Show with James Corden, Sorkin talks about his annoyance with Greene using his quote, saying without hesitation that “She can go to Hell.” He goes on to say he much rather preferred it when Burger King was ripping off the line instead, despite not getting any free food out of the deal. Sorkin then goes on to talk about his new film Being the Ricardos about Lucille Ball and Desi Arnaz, now streaming on Amazon Prime.

Sorkin’s work is characterized by a left-leaning worldview that shapes a lot of the stories he tells about politics and legal discourse, most notably on his shows, The West Wing and The Newsroom, as well as his films, Charlie Wilson’s War, and The Trial of the Chicago 7. Sorkin is known for his fast-paced dialogue, where the characters converse at a quick rate to convey all the information they need to. Sorkin’s work also extends to the theater with his adaptation of To Kill A Mockingbird, which premiered on Broadway in 2018.

Sorkin is one of the few Hollywood writers who have become a household name, with his work being loved by movie and TV fans alike for their intelligence and wit. Greene has earned the reputation of being a professional troll who’s only taken seriously by the white supremacists and antisemites she promotes and will be remembered as a symptom of democracy in need and the divide within it. Sorkin’s work in film and TV will keep the high bar that he sets with his writing, which will be admired and dissected for years to come, just as A Few Good Men is.

Next: Every Aaron Sorkin Movie Ranked From Worst To Best

Eternals Proves Avengers: Endgame Was An Anomaly In The MCU

Warren Elliott is a freelance entertainment writer newly working for Screen Rant. They graduated from Virginia Commonwealth University in 2020 with a degree in English and Creative Writing.

Ruben Randall - November 2, 2022 0
Money
Brad Pitt and Angelina Jolie were one of the biggest couples in Hollywood for over a decade. They got together in 2005 following the...

Supergirl’s New Love Interest Is the One Hero Who Can Match...