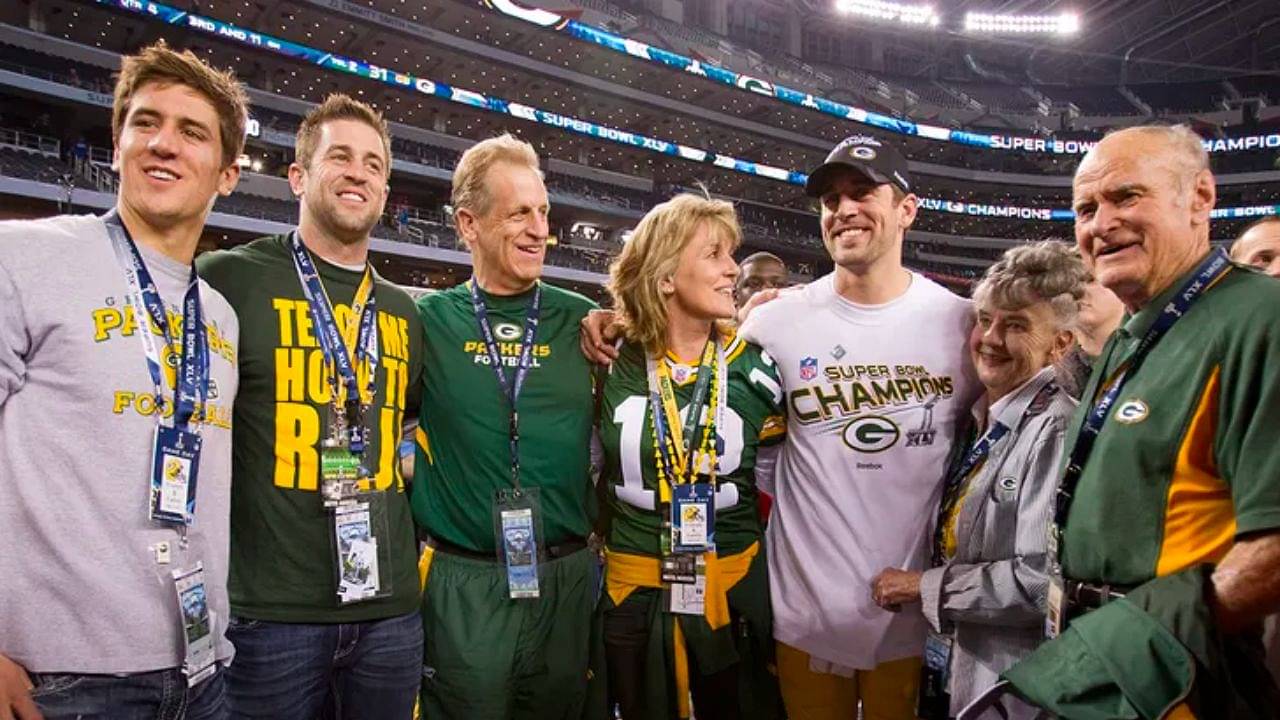 Aaron Rodgers has dated a number of high profile celebrities, and one of them was apparently the cause of his family feud.

The Packers quarterback is just coming off a breakup with actress Shailene Woodley, the star of Big Little Lies. Before her, he’s dated Nascar driver Danica Patrick and actress Olivia Munn.

Rodgers hasn’t had the best luck with his dating life, but right now, he’s putting all that aside to concentrate on the upcoming NFL season.

The Packers haven’t had the best offseason. They lost star receiver Davante Adams, and during camp, Rodgers has been finding issues with his new, younger receivers.

It’ll be an interesting season for Green Bay, but with Rodgers under center, they’re always going to be competitive. He’s the back-to-back MVP winner for a reason.

Also Read: Tom Brady owns a rare $3 million luxury which Tom Cruise, Jay Z, Simon Cowell and only 10 people in the world own

Aaron Rodgers and Olivia Munn dated from 2014 to 2017. Munn is famous for co-hosting ‘Attack of the Show,’ and she’s made appearances ‘The Newsroom’ and ‘X-Men: Apocalypse.’ The actress has a net worth of $25 million.

One source claimed that Munn had created some friction between the Packers star and his family. “Aaron is the one that has pulled away from the family, not the reverse,” a source told Us Magazine.

“When he got together with Olivia Munn, his family told him they didn’t trust her and thought she wasn’t with him for the right reasons. That made him furious, and he ended up choosing Olivia over his family.”

Now, Rodgers doesn’t like to bring his girlfriends close to his family because of his experience with Munn. Of course, there’s no official confirmation on any of this, but unfortunately the relationship didn’t go as well as it could have.

“Why’s she still talking about an ex” – Aaron Rodgers’ brother Jordan did not hold back on his criticism of Packers star’s former girlfriend Olivia Munnhttps://t.co/god5yFs2TJ

Also Read: Tom Brady and Rob Gronkowski nearly rejected $58 million from the Bucs to sign with another team before $30 million head coach ‘blew it up’

Ruben Randall - November 3, 2022 0
Money
Selena Gomez is just one of those stars who has been around forever. Before she became the sassy Alex Russo on Disney Channel’s Wizards...

Travis Barker and Kourtney Kardashian’s engagement: Her children were not present...