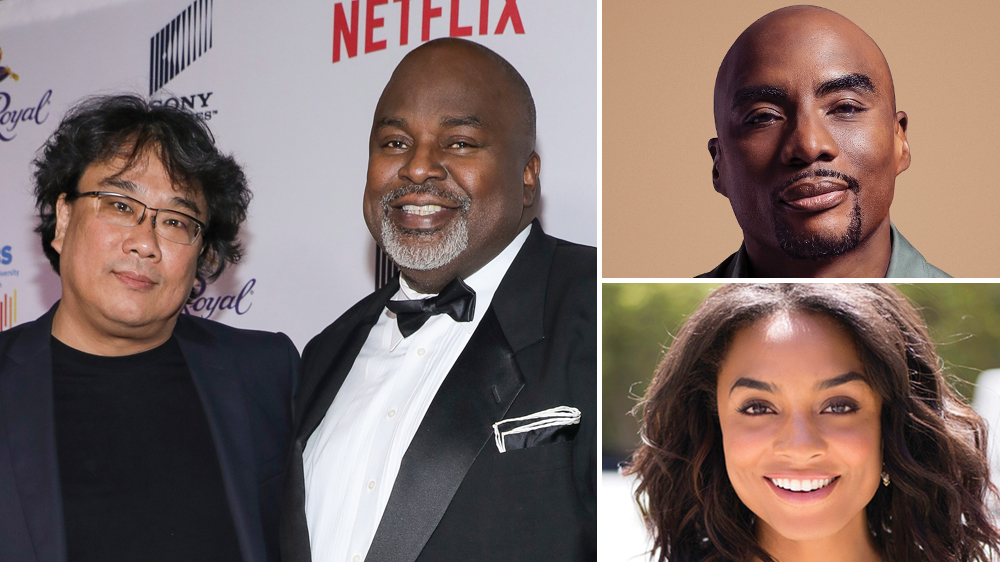 For the first time in two years, the African American Film Critics Association (AAFCA) will present their annual award ceremony honoring the best in film as an in-person event, after pivoting to a virtual production amid the COVID-19 pandemic.

The 13th AAFCA Awards will be held on March 2 at the SLS Hotel in Los Angeles, with a limited capacity audience and other health and safety protocols in place.

“It’s exciting and it’s a little nerve-wracking because, with COVID, it’s a day-to-day thing in terms of the transmission rates and the number of diagnoses,” AAFCA president and co-founder Gil Robertson tells Variety. “But we’re hopeful, prayerful and confident that the numbers will remain at an acceptable level to allow us to present a very nice and classy show.”

Ultimately, it’s a return to form for the organization, established in 2003 with the mission to amplify Black voices in film criticism and arts and entertainment journalism from across the African Diaspora. The atmosphere at the gala is typically familial, as its nearly 100-person membership of print, TV, radio and online critics and journalists mix and mingle with the A-list talent that it honors.

“People walk away from the AAFCA awards feeling comforted. They feel acknowledged; they feel seen,” Robertson says, before looking back on the Jan. 2020 ceremony. “[I remember] feeling joyful that we were able to celebrate a lot of performances and projects that would have otherwise gone unrecognized.”

“Bong Joon Ho turned that night out and continued an AAFCA tradition where folks go on from our little show on to win the big one,” Robertson says, noting that the awards do not only celebrate African American talent. “Our show is well-known for its diversity. If you were to look at our track record, you would see Black, white, Asian, Latino [films and filmmakers]; we seek to reward the best performances.”

The 2020 ceremony was also blissfully held before nasal swabs or rapid antigen and PCR tests were part of our vocabulary. In the intervening years, AAFCA pivoted and innovated, with the 12th annual AAFCA awards, as well as its second and third annual TV Honors programs, all presented online.

Now, with three virtual shows now under their belts, a few innovations have also translated to the in-person ceremony: some footage will post in real time to AAFCA’s social networks, with the full ceremony available to view on the AAFCA channel on Xfinity following the show.

But the biggest change between the virtual and in person events, Robertson quips, “It’s the first time I’ve put on a suit in two years.”

Of course, the AAFCA Awards are worth dressing up for, especially with its star-studded list of honorees and Charlamagne tha God tapped to host.

“There are few personalities hotter than Charlamagne,” Robertson says, explaining why the radio host and TV personality was the right fit for the gig. “He has a perspective, a point of view, that speaks to a lot of underserved groups in this country. We want those people to know that we see them and that we hear them, and that their thoughts and point of views are important.”

Robertson and the AAFCA team intend for this iteration of the AAFCA Awards to prove to millennial and Gen Z audiences that this is “not just your mom and dad’s award show.”

See also  Blog Wheel: Which Sesame Street Characters Would Be The Best To Eat?

“Engaging and reaching out outreach to young people is important, because they’re the next wave,” he adds.

Other winners are Jennifer Hudson for her turn as Aretha Franklin in “Respect”; Corey Hawkins in “The Tragedy of Macbeth”; Adam McKay for best screenplay (“Don’t Look Up”); “Who We Are” for best independent feature; and Ahmir “Questlove” Thompson’s “Summer of Soul” for best documentary. Winners are decided by AAFCA’s members, who will also fete their top ten list for 2022 — comprised of (chronologically) “The Harder They Fall,” “King Richard,” “Respect,” “The Tragedy of Macbeth,” “Passing,” “Belfast,” “Who We Are,” “House of Gucci,” “The Power of the Dog” and “West Side Story.”

The final category of awards are the special achievement honors, which have become Robertson’s favorite part of the program.

“The individuals who are selected and the projects that are selected have truly made a stamp on the culture, within the industry and with audiences around the world,” he explains.

The 2022 ceremony also marks AAFCA’s first event at the SLS Hotel, following a longtime partnership with the Taglyan Cultural Center. It will be held in the garden of the hotel, which has a retractable roof, a feature that was particularly helpful for organizers as they worked to craft the safest show possible, within CDC and local guidelines. All guests must show proof of vaccination and provide a negative test result within 48-hours of the even; AAFCA will also provide free testing on site.

“We had deep concerns because of the high death toll, particularly among African Americans,” Robertson explains. “Making sure that our audience is safe, and that they feel comfortable in the space was of an utmost priority for us. We’re going to have very, very strict enforcement, and we hope that people are respectful of the of the provisions that we put in place, because we’re doing it to keep them and the rest of the audience healthy.”

As Robertson looks ahead to next year’s ceremony, which coincides with AAFCA’s 20th anniversary, he characterizes the association’s evolution as “unbelievable.”

“AAFCA has been transformative, speaking for myself,” he begins. “But I also would like to think that in some small way, we’ve also had some influence on the industry to recognize the importance of Black media — in this case, the Black critic, the Black arts and entertainment journalists — in the overall scheme of things.”

Thanks to the visibility of AAFCA, he explains, “People understand that our voices matter and are important, and that we represent audiences that can that are very valuable and contribute to the bottom line of business in this in this town.”

Ruben Randall - July 3, 2022 0
Celebrity
The Concacaf W Championship is here! The U.S. Women’s National Team will officially kick off its qualifying campaign for the 2023 FIFA Women’s...