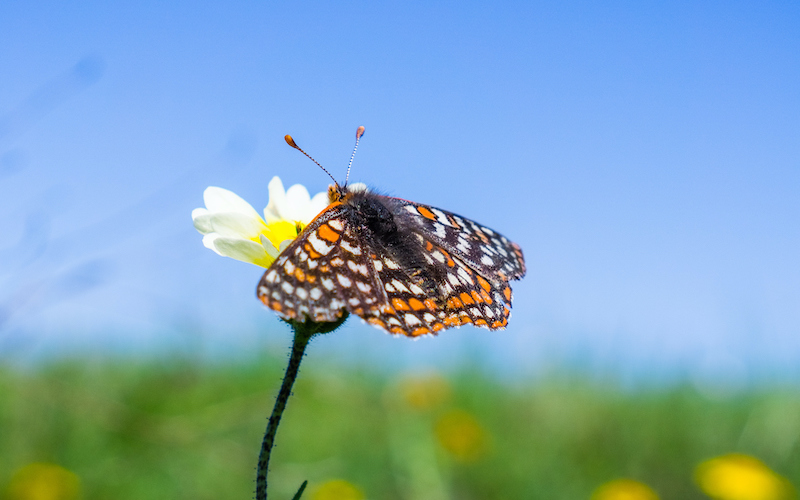 As part of its four-year-long effort to clearcut the nation’s environmental protection, the Trump administration made sweeping changes to the Endangered Species Act (ESA), a bedrock environmental law that protects imperiled species. Last week, the law was finally restored to its original regulatory likeness, and wildlife advocates couldn’t be more thrilled.

On July 22, the US Fish and Wildlife Service (USFWS), the federal agency that manages threatened and endangered species, withdrew one of the last remaining Trump-era revisions to the Endangered Species Act. The provision known as the “critical habitat exclusion rule” allows federal wildlife agencies to forgo designating critical habitat in cases where it might not be prudent—for instance, if it is exceptionally cost-prohibitive or would further endanger a species, such a bird or plant that would be targeted by collectors.

The Trump administration constrained the discretion of wildlife managers, said Leinā‘ala L. Ley, a senior attorney at Earthjustice. Basically, its revisions required the agency to rely on private landowners to report the economic impacts of a critical habitat designation. The USFWS reversal now restores that decision-making ability. The recent action follows last month’s rescission of another Trump-era policy change that narrowly defined “habitat” and made it more difficult to protect species.

The rejection of these two rules bookends an early July court ruling in which a federal judge, Jon Tigar of the US District Court for the Northern District of California, effectively erased the remaining Trump administration revisions. In a lawsuit filed in 2019, conservation groups argued that the rules violated several laws, including the Endangered Species Act, National Environmental Policy Act, and Administrative Procedure Act. Among their claims were that the Trump administration failed to provide an adequate environmental impact statement and comment period and had also applied policies contrary to the intention of the ESA.

“These changes, if they had stayed in place, would have fundamentally altered the way the agency works under the Endangered Species Act,” said Kristen Boyles, the lead attorney and managing attorney of Earthjustice’s Northwest regional office. “They were all part of a package of attacks on the ESA because [the Trump administration] could make regulatory changes even though they couldn’t pass any legislative ones.”

The ESA is governed by a set of provisions that have been in place for more than four decades. Each one directs how, when, and why certain rules are applied. Within these sections are a litany of rules that as a whole undergird the effectiveness of the ESA.

The Trump administration sought to chip away at each section by altering definitions, deleting phrases, and loosening regulatory requirements. Changes were made to one section that outlines the circumstances under which species are listed and delisted and how critical habitat is designated. Another change altered a section that requires federal agencies to consult with US Fish and Wildlife and the National Marine Fisheries Service if their activities threaten a listed species. A third revision weakened prohibitions on harassing, killing, or harming endangered species, otherwise known as “take.” Finally, a blanket rule that applies “take provisions” to endangered and threatened species was removed.

In addition to reversing these decisions, the July ruling got rid of controversial additions such as the inclusion of economic factors in making listing decisions and a narrower definition of the phrase “foreseeable future,” which limited how climate change could be included in determining how an imperiled species might be protected. Conservation groups said the new definition added a level of certainty that would have made it nearly impossible to list species like the polar bear.

Two other regulations that were reinstated address critical habitat implementation. The Trump administration said that adverse modification of critical habitat wouldn’t be considered unless the habitat was being harmed “as a whole.” This made it nearly impossible to apply the ESA to large-ranging species such as the northern spotted owl, humpback whale, and gulf sturgeon, said Noah Greenwald, endangered species director at the Center for Biological Diversity, which was also a plaintiff in the lawsuit. The administration had also argued that species that weren’t threatened directly by habitat destruction wouldn’t get critical habitat protections.

“It’s really kind of sad, given we’re in an extinction crisis, species actually got denied critical habitat,” Greenwald said. “One of them is the rusty-patched bumblebee. And the argument there was that it’s threatened by pesticide spraying, which, in my book, actually is habitat destruction.”

When the Trump administration announced the proposed changes in 2018, a slew of academics sent a letter to Interior Secretary Ryan Zinke and Commerce Secretary Wilbur Ross, who oversaw the USFWS and NMFS, respectively. The scientists urged the secretaries to withdraw their policies, which, they said, “erode protections for endangered species and ensure more species are lost to extinction.”

“Scientists should have a voice,” said David Inouye, a biologist and professor emeritus in University of Maryland’s biology program, who signed on to the letter. “My role in society as a PhD scientist is to try and help get across information to the general public and to policymakers who can act on that information.”

At the time, the USFWS asserted that many of the measures were meant to alleviate confusion and streamline the ESA. However, according to the court ruling, some of the agency’s own staff acknowledged that the policy changes were contrary to the original intent of safeguarding threatened and endangered species from extinction.

Judge Tiger noted, “The Services themselves concede that they ‘have substantial concerns with the 2019 ESA Rules, both with respect to certain substantive provisions as well as certain procedures that were utilized in promulgating these regulatory revisions.’”

Shortly after taking office, President Biden issued an executive order directing the agencies to review the previous regulations. In June 2021, the USFWS and NMFS announced their plans to rescind and revise at least two sections.

In December 2021, the two agencies requested that the 2019 revisions be sent back to them to review, allowing them to evaluate the merits of the provisions and then revise them on their own timeline. This concerned conservation groups, given the lengthy timeframe for agencies to review and act on regulations. While the agencies took their time updating the rules, threatened and endangered species would continue to suffer, wildlife advocates argued.

“You can’t have invalid rules stay in place, harming imperiled species, while you reconsider what you might do,” Boyles said. “So we asked the court to remand to the agency only if the rules were vacated at the same time.”

Now that many of the rules have been expunged, advocacy groups and ESA proponents can breathe a sigh of relief. But the fight is not over, they say.

Shortly after the conservation groups’ lawsuit was filed, industry groups—including the American Farm Bureau Federation, the American Forest Resource Council, and the American Petroleum Institute—joined private landowners and some state leaders to defend the Trump-era rules. They sought to have the rules kept in place while the wildlife agencies reviewed the policies. Now that the case has been decided, those groups have 60 days to appeal the ruling.

Many conservation groups contend that the ESA and federal agencies that manage it are in dire need of an overhaul. Dozens of groups wrote a letter to USFWS director Martha Williams last spring urging a set of reforms for the agency and listing process. The Center for Biological Diversity released a petition in March calling for major changes to strengthen the ESA.

One change that could come soon is the addition of a new rule that would allow the agency to introduce species outside of their historic range, which could prove crucial, as climate change and development continue to shrink what little wild habitat is left. Back in June, the USFWS announced its plans to do this by amending an existing rule that relates to experimental populations of listed species.

“The Endangered Species Act, because it is so effective, has always been a target for resource extraction industries, both in Congress, with legislative attempts to amend it, and now with these regulations,” Boyles said. “I would hope that [the Biden administration] will now use its time to put some affirmative changes on the books that make protection and recovery of species a priority.”

Parents Forbade Young Priscilla Presley to Be With Elvis who Called...