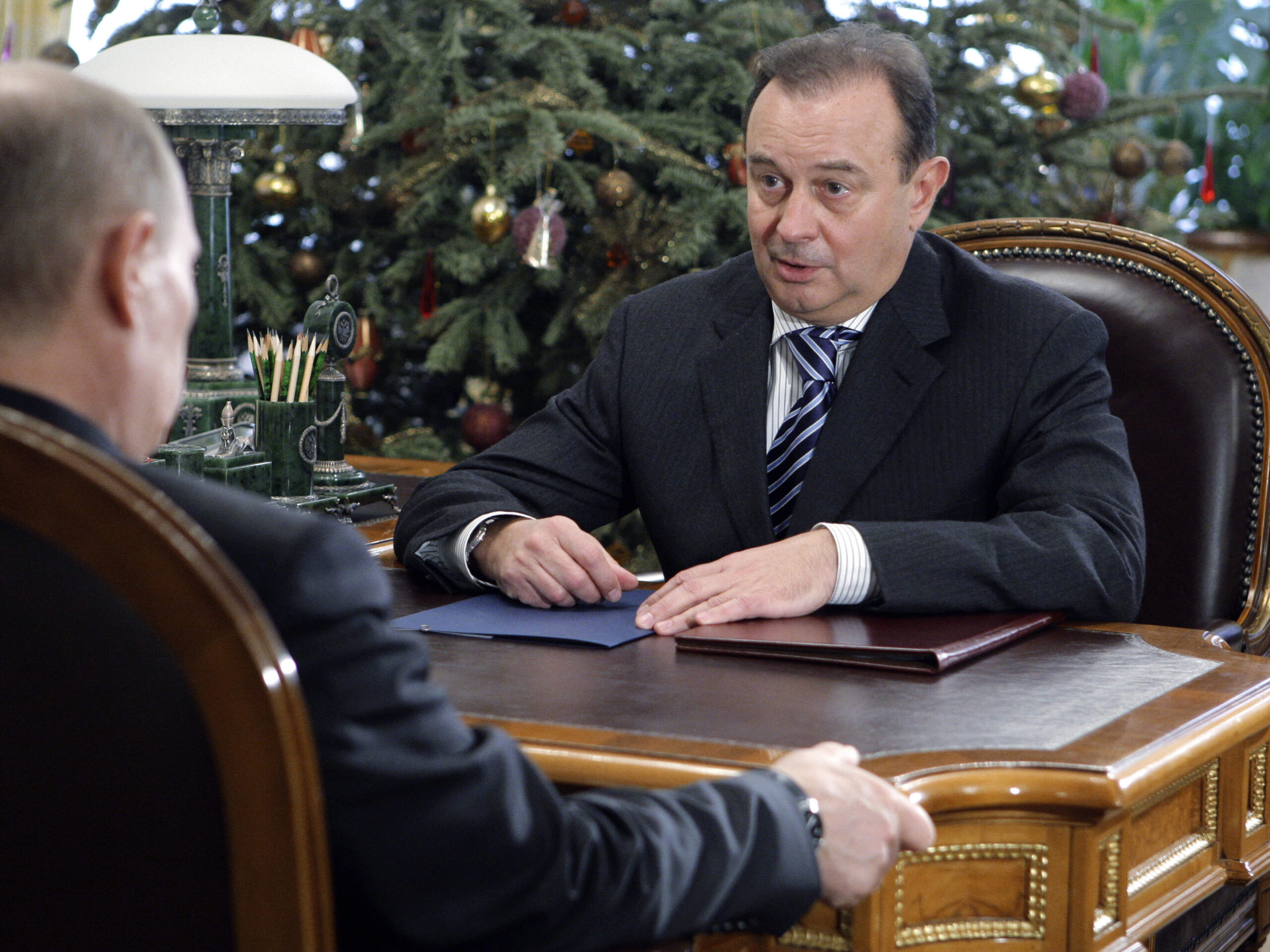 A Russian-owned superyacht can’t leave a dock in Norway — not because of sanctions, but because no one in the port will sell it fuel. The Ragnar is owned by Russian oligarch Vladimir Strzhalkovsky, a former KGB agent who has long been linked to Russian President Vladimir Putin.

“We find the discrimination against us, extremely unjust,” the yacht’s captain, Robert Lankester, wrote in a message decrying the ship’s predicament. He noted that Strzhalkovsky is not currently on a European or U.K. sanctions list. And, he said, the yacht’s crew is not Russian.

Lankester’s public notice was highlighted by Norwegian public broadcaster NRK, which reports that the Malta-registered ship is sitting at a quay in Narvik, a port city in northern Norway.

Strzhalkovsky is the former head of mining giant Norilsk Nickel. The 68-meter (223 feet) Ragnar was custom-built on the hull of a former service ship capable of pushing its way through ice. Part of its bespoke interior evokes a cozy British pub, according to a profile in Boat International. And while its amenities include “a BigBo amphibious ATV, heli-skiing equipment, four See-Doos, four ski scooters, six Seabobs, a multipurpose island and a giant slide,” it currently can’t find anyone who will fill its fuel tanks.

Let them row home, a local supplier told NRK. He and others say they want to support Ukraine.

The Ragnar, which was listed for sale a year ago, offers charter trips for winter getaways. But its captain says a recent trip fell through, and he now wants to bring the ship back to its home port in Malta.

Strzhalkovsky made U.S. headlines in 2017, when members of Congress pressed then-Secretary of Commerce Wilbur Ross about his business connections to Russia and his former role as vice chairman of the Bank of Cyprus — a post that, for a time, he shared with Strzhalkovsky.

When Strzhalkovsky left Norilsk Nickel in 2012, he did so with a $100 million golden parachute.

This story originally appeared in the Morning Edition live blog.

Ruben Randall - October 3, 2022 0
Money
Ringo Starr has often been dubbed the “luckiest man in the world.” After becoming drummer for The Beatles following Pete Best’s dismissal in 1962,...