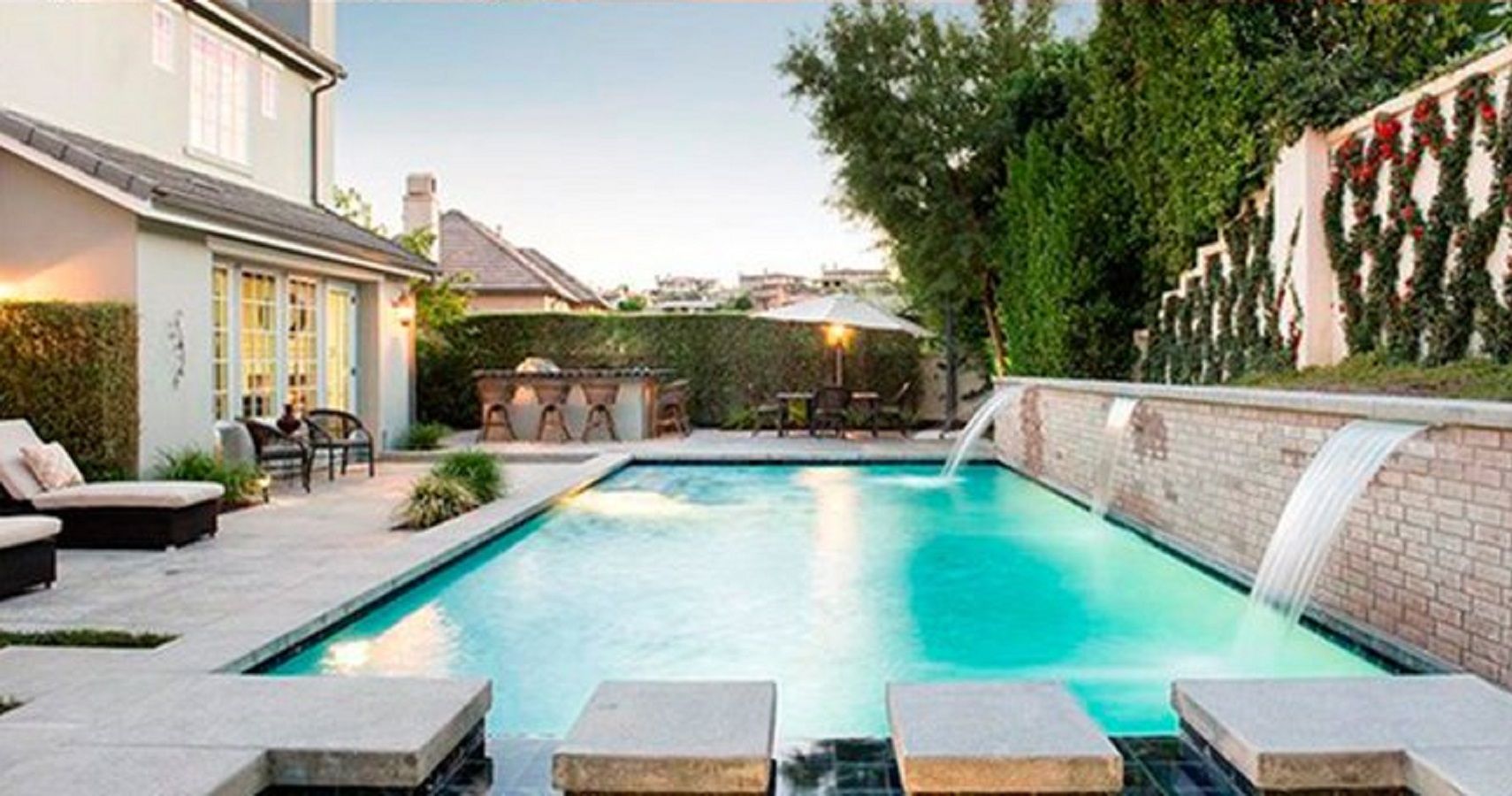 From raking in millions from their multi-brand deals to traveling via private jet, the Kardashian wealth knows no bounds. The one behind it all? Kris Jenner, the matriarch of the Kardashian/Jenner clan. Aside from turning family drama into a million-dollar reality show, Kris Jenner is also a successful businesswoman. She currently holds a net worth of $230 million, according to recent reports.

With that kind of money, it’s easy to believe that Kris owns a slew of properties across the United States. She’s dabbled in many businesses and investments over the years, and that includes property flipping. That said, let’s take a look at her property empire.

3 How Kris Jenner Took The World By Storm

The Kardashian brand is a name that has taken over the world by storm. Nearly everyone who is updated with social media knows the power a simple last name can wield. Due to their status, lifestyle and luxury brands clamor for a spot on the Kardashians’ social media calendar. A simple selfie, a shady sub-tweet, or a cleverly taken Instagram photo from any of the Kardashians is sure to make big waves on several media platforms.

From expensive bags, couture clothing, and private jets – this family has it all. This vast collection of sponsorships is nothing to be scoffed at, too. People should be impressed by the success that the Kardashians have, after all, it was all made possible because of one woman: Kris Jenner.

Kris Jenner met up with Ryan Seacrest and pitched to him a reality show idea based on her family’s antics. The show, Keeping Up with The Kardashians, was picked up, aired, and the rest is history. It’s a marvel at how much control Kris Jenner has behind the scenes of her kids’ lives. Truth be told, however, without her, none of the Kardashians would be where they are now.

Kris Jenner owns a $20 million home in Hidden Hills, California. Known for her extravagant and refined tastes, the property is adorned with designer dinnerware, from Hermès to Gucci. The mansion covers over 16,500 square feet and is located near Khloe Kardashian’s house. It also features eight bedrooms, nine bathrooms, an eight-car garage, covered patios, a cinema, a pool, a spa, a gym, and here’s the kicker: there’s a guest house inside the mansion. The house has its dish room, where Kris’ designer dinnerware is stored.

Reports say that the dish room has six sets of dinnerware – all luxury branded – that were handmade and privately ordered. No two pieces are identical, too, ensuring that Kris gets the most unique dinnerware in the world. One full set also costs over $65,000, which, for some, is enough to buy a small home in the suburbs. According to recent interviews, Kris Jenner who has a massive car collection spared no expense in designing the interior and the furnishings. She even has a dedicated green vegetable fridge somewhere in the mansion. The property was also previously owned by Britney Spears.

Another property of Kris Jenner is the $4 million house she used to own in Hidden Hills. Yes, that’s right. She owns two properties in a single area. This house is the most recognizable home she has because this is where most of the Keeping Up episodes were filmed in the first few seasons.

In 2018, Kris also bought a holiday house in Palm Springs worth $12 million. This house has over seven bedrooms and 10 bathrooms. The property is also located inside a gated community, ensuring the family has adequate privacy from snooping fans and paparazzi.

Kris Jenner also once owned a $9.93 million mansion in Calabasas. The estate sprawls across 1.28 acres and stands at 9,400 square feet. It has steel and glass doors that open into the two-story home. The floorboards are walnut colored and are connected to a floating staircase. The kitchen is equipped with Wolf and Miele appliances and features a breakfast nook with picturesque windows. There’s also a separate formal dining room, with a refrigerated wine display.

The first-floor master bedroom has a steam shower, a giant custom-made walk-in closet, and a beautiful vanity. There’s also a wet bar in the game room-slash-lounge, and a custom theater. The backyard features a pool and a 10-person spa. It also has a built-in barbecue and a fire pit.

Aside from owning her properties, Kris Jenner who owns expensive things has made a habit of flipping houses and making real estate investments wherever she can. She owns condos in Calabasas, each one costing over $1.5 million and $1.65 million respectively. Both are inside the exclusive Calabasas community, Avanti. Kris, together with her daughter Kim Kardashian, first invested over $4.7 million in the gated community, which was developed by The New Home Company in suburban California.

The properties are both influenced by Italian architecture, with custom lighting, and two-toned colored interiors. The area has a private fitness studio, complete with a pool, clubhouse, and regular SoulCycle classes. In recent events, Kris Jenner kind of…forgot that she owned a condo in Beverly Hills. In the season two premiere of The Kardashians, Kris and Khloe were hanging out when Kris blurted out this little tidbit.

Kris mentioned that this is where she stores Christmas gifts, champagne, and other knick-knacks for the holidays. The condo, worth $1.6 million, is now a gift-wrapping station for the beloved matriarch. The condo is reported to be a 2,400-square-foot oasis, complete with three bedrooms and two bathrooms. Khloe later mocked her mom, saying she can’t wait until she becomes wealthy enough to forget about the properties she owns.

READ NEXT: A Peek Inside Kim Kardashian’s $70 Million Malibu Dreamhouse

Next
The Cast Of Melrose Place: Where Are They Now And Their Net Worth, As Of 2022

Ruben Randall - August 21, 2022 0
Money
Nene Leakes live-streamed her procedure for BBL, know her net worth in 2022 as the video went viral Nowadays, getting BBL is not a big...