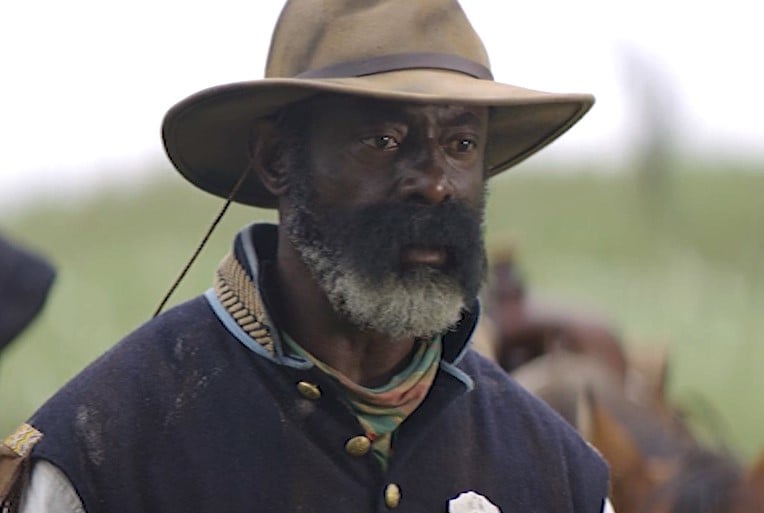 When a friend called Isaiah Washington two years ago suggesting he was the ideal fit for a Bass Reeves biopic, the actor was sold.

The only problem was that Washington, despite being from Houston, wasn’t familiar with the background of the legendary 19th century lawman before signing on for Corsicana, a low-budget Western that also marks his directorial debut.

Reeves was the first Black deputy U.S. marshal west of the Mississippi River, becoming a feared sheriff and marksman during the mid-1800s between Texas, Arkansas, and the Oklahoma territory.

Later, he provided the true-life inspiration for many cinematic cowboys and gunslingers in the past century—he’s even rumored to have been the basis for the Lone Ranger persona—while his own story was largely relegated to the background.

Washington (“Grey’s Anatomy”) hopes to provide more clarity with his film, which tells a fictionalized story of Reeves tracking a gang of outlaws to Navarro County during an oil boom.

“Being a Texan, I was so intrigued by what I didn’t know,” Washington said prior to the film’s Dallas premiere in April. “Bass Reeves was probably the guy who created the careers of John Wayne and any tough guy on a horse who could shoot straight.”

After connecting with the screenplay by Robert Johnson, an actor who also happens to be Corsicana’s police chief, Washington immersed himself in research about Reeves and about the city.

Washington didn’t expect, however, to take over behind the camera. But then the original director dropped out just 48 hours before production was set to begin in August 2020.

“People thought I had lost my mind,” Washington said. “It sounds scary, but I had already been envisioning it.”

The ambitious project became a labor of love for the first-time filmmaker. Besides directing a Western period piece on a limited budget while adhering to strict COVID protocols, Washington helped to shape the screenplay even after the cameras started rolling.

The film has several connections to its namesake town, most notably producer Amber McNutt, whose husband, Bob, is the president and CEO of the famed Collin Street Bakery. Dallas actors Billy Blair and Major Dodge play prominent supporting roles.

Washington, 59, was a longtime fan of the genre when he co-starred in the acclaimed 2013 short film They Die by Dawn alongside Erykah Badu, which was later expanded by director Jeymes Samuel into the feature The Harder They Fall. (In that film, Delroy Lindo played Reeves).

“I didn’t get to do that Western because destiny wanted me to write and direct and act in my own,” he said. “I always told my wife that before my career is over, I’d rather kiss a horse on film than a woman. I’ve been waiting for this.”

Reeves remains a prominent figure in pop culture and Western mythology. He is the subject of two biopic series in development — a sequel to “1883” for Paramount+ in which he will be played by David Oyelowo (Selma), and Amazon’s “Twin Territories” from producer Morgan Freeman.

Meanwhile, Corsicana is now playing in select theaters throughout Texas, and will expand this weekend to Waxahachie and Granbury, among other cities.

“I’ve always had an interest in African Americans in the Wild West, but I didn’t know if I’d have a chance to do it,” Washington said. “Hopefully this will open up a conversation about seeing more of these real people. We’d love to tell their stories.”

Get the FrontRow Newsletter

Get a front row seat to the best shows, arts, and things to do across North Texas. Never miss a beat.

Ruben Randall - September 16, 2022 0
Money
Chris Rock had one of his most eventful weekend since Will Smith smacked him across the face during the night of the Oscars. Rock...