I sip my glass of champagne nervously, unsure of the protocol when meeting Cambodian royalty. But the princess quickly puts me at ease, her jewellery jangling musically as we shake hands. This gossipy lunch at the Raffles Hotel Le Royal in Phnom Penh is one of many surprising stops on my tour of the country. A graceful property among century-old trees dotted with toucans, this throwback to 1920s Indochina has hosted Jackie O, Charlie Chaplin and Barack Obama, among others.

Princess Norodom Chansita is Raffles’ ambassador — and she’s splendidly indiscreet about her extraordinary life. Having fled Cambodia with her family as an 11-year-old, she lived in exile in Beijing as a guest of Chairman Mao, then in Belgrade, Paris and, most incongruously, Muswell Hill. Her stories are intriguing and shocking by turn: she tells me about palace games of hide-and-seek, whatsapping with Queen Norodom Monineath Sihanouk the Queen Mother, who is 85 — and the loss of 40 per cent of her family during the regime of the Khmer Rouge.

The Killing Fields understandably loom large in visitors’ perceptions of Cambodia, along with the Angkor temples of Siem Reap. But there is much more to it, and with the country having finally reopened to tourists there has never been a better time to see it. Slower-paced than neighbouring Thailand and Vietnam, this traumatised nation is full of enterprise and energy, continually rediscovering what it means to be Cambodian.

The female experience is at the heart of a new tour from Wix Squared on which guests of both sexes meet prominent figures such as the princess, as well as tour guides and drivers. Alex Wix, the company’s founder, says that the idea came from her solo adventures. “As a female traveller I felt incredibly safe here,” she says. “I enjoyed meeting other women and understanding what life was like for them.” 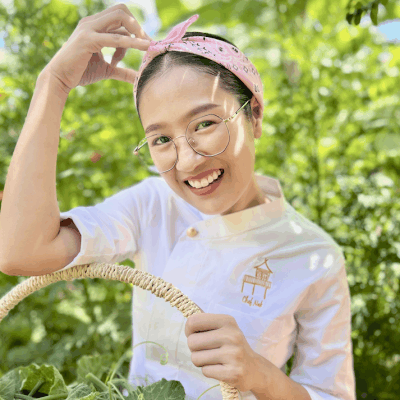 Phnom Penh has been transformed since I visited 20 years ago, its unpaved streets and low-rise buildings replaced with roads and skyscrapers. I stay at the five-star Rosewood, and from my room in the glass tower can see the flashing lights of the Chinese-run NagaWorld casino resort in the distance, hinting at the capital’s future.

See also  Seo In Guk Talks About Going To Work On “Doom At Your Service” After “Pipeline,” His Music Career, And More

In the Rosewood’s 38th-floor restaurant slabs of beef are suspended in glass boxes, Damien Hirst-style. Women in Chanel shimmer like shoals of fish, and diners eat rare steaks washed down with £250 bottles of red. Wine drinking is booming in the upper echelons of Cambodian society, and the willowy Eden Gnean, the country’s only female sommelier, walks me through her glass-walled tasting room, where more than 3,200 labels vie for attention with views of the Mekong River. Next I cross by ferry to the sleepy side of Phnom Penh, where life remains village-like. I pass preparations for a wedding celebration, with elaborately fancy chairs for the happy couple and a Buddhist pagoda the colour of a ripe peach. Tucked away on a lane, a garden blazes with pink flowers, fruit-laden papaya trees and hundreds of herbs.

From amid the greenery bursts the life force that is Rotanak Ros, better known as Chef Nak, Cambodia’s first female celebrity cook. Ros and her husband have experienced a life-changing couple of years, moving their two traditional teak stilt houses from the countryside to the city. They built a bridge between them, added a pool and now offer homestays to those keen to learn more about Khmer cuisine. “We wanted more than a house,” she says. “We wanted stories.”

I join Ros in her kitchen, which is lined with vintage pots and century-old pestles and mortars, rescued during her travels around the country. As a child Ros helped out on her mother’s vegetable stall, but during recent years she has dedicated herself to archiving a culinary heritage that was all but lost under the Khmer Rouge. Through talking to elderly people and recording their recipes she has created her cookbook Nhum (rhymes with “yum” and translates as “eat”).

Although similar to Thai or Vietnamese cuisine, Cambodian dishes are more delicate and subtle. Ros shows me how to make freshwater-prawn fritters, which are light and crunchy, and served with lime and fragrant pepper. I act as sous chef while she fries fish, which we eat wrapped in leaves from her garden, dipping the parcels into a tart tamarind sauce.

Later that day I sample yet more delicacies, taking a street-food tour of the capital with Nop Varanith, who grew up in an orphanage and honed his English watching Marvel films. He introduces me to jackfruit and mangosteen, spinach soya milk (which tastes as healthy as it sounds) and a fragrant duck broth, which we eat in an alley where saffron-robed monks exchange blessings for snacks.

See also  Forget Blondes: This Summer, Women Over 50 Are Having the Most Fun

My adventures don’t end there. Other Phnom Penh excursions include a female-driven motorbike tour to visit women’s co-operatives selling soap and beaten-silver boxes, and dinner at Samsara, a polished teak boat modelled on the Orient Express where the elegant restaurateur Chan Suryhat tells me how she overcame an early life blighted by the Khmer Rouge. Back on deck, with a warm breeze on my face, I gaze at the Royal Palace, emblematic of an even earlier period in the country’s history and glittering in the dark. 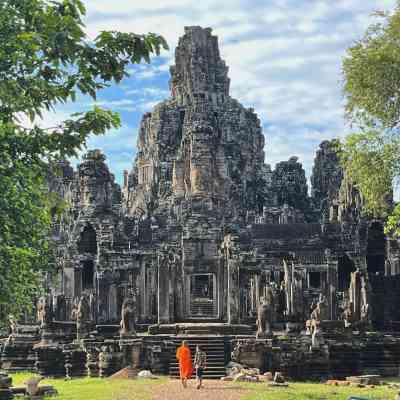 My nights in Siem Reap, in the north of the country, are black and starless. I wake before dawn to visit Angkor Wat with my guide, Truy Silen. In prosperous times there can be thousands here to watch the sunrise, but today we’re the first and nab the best spot, in front of the mirroring pond. A small crowd gathers behind us and, as the sky deepens to royal blue, the beehive towers — symbolising Mount Meru, the dwelling place of the gods in Hindu mythology — sharpen into focus.

● 12 of the best tours for female travellers
● The ultimate travel bucket list: 42 adventures

The half-light reminds Silen of home; in her remote village there was no electricity, she tells me. It was here that a neighbour taught her English, giving her a tool to find work away from her parents’ rice paddy, where it was once her job to scare off the birds. “I thought, ‘I want to get out of this life,’ ” she says softly. And that she did. Her tour takes us far beyond the temples to a backstreet NGO, where we meet the huge African rats trained to sniff out mines in the countryside — another legacy of war.

Then it’s on to Tonlé Sap, the largest freshwater lake in southeast Asia, and a floating village that few visitors get to see. The lake expands 4,000 square miles in the rainy season, swelling to the extent that the flow of the adjoining river temporarily reverses. Reaching it requires a tuk-tuk ride along an unpaved track that feels like a vigorous washing-machine spin cycle. “We call this the dancing road,” Silen says with a smile.

See also  Was the pandemic a missed opportunity for women?- POLITICO 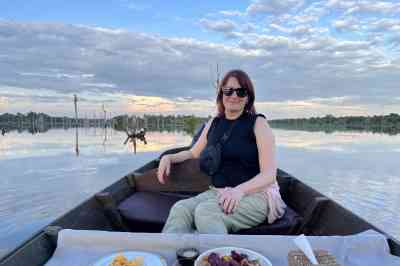 Abigail on the flat-bottomed boat

When we switch to a flat-bottomed boat, its slow chug feels like nirvana. Reed-fringed channels open on to a sea-like expanse where families stand, shoulder-deep, picking shellfish from the lakebed. Children wave from floating homes as their mothers chop vegetables — it’s 9am, but already they’re preparing for an early lunch; the day’s schedule is dictated by available daylight. Every veranda has a hammock and an old oil can filled with flowers, while egrets perch on any spare stick of wood.

At a weaving co-operative a woman shows me her work. Before Covid, she tells me, her business employed nine families, but with Siem Reap almost tourist-free, the ripples of the pandemic have ebbed to the lake. There’s no hard sell, and she’s delighted when I buy a basket; beaming, she says that she hopes Silen will bring more tourists soon.

I hope so too — I want others to hear these stories first-hand, whether from a princess at lunch or shared over roaring traffic while riding pillion around Phnom Penh. It’s these pinball joys of happenstance that make a trip feel less like a holiday and more like a genuine experience.

Who is Olivia Cooke? What To Know About ‘House of the Dragon’ Actor