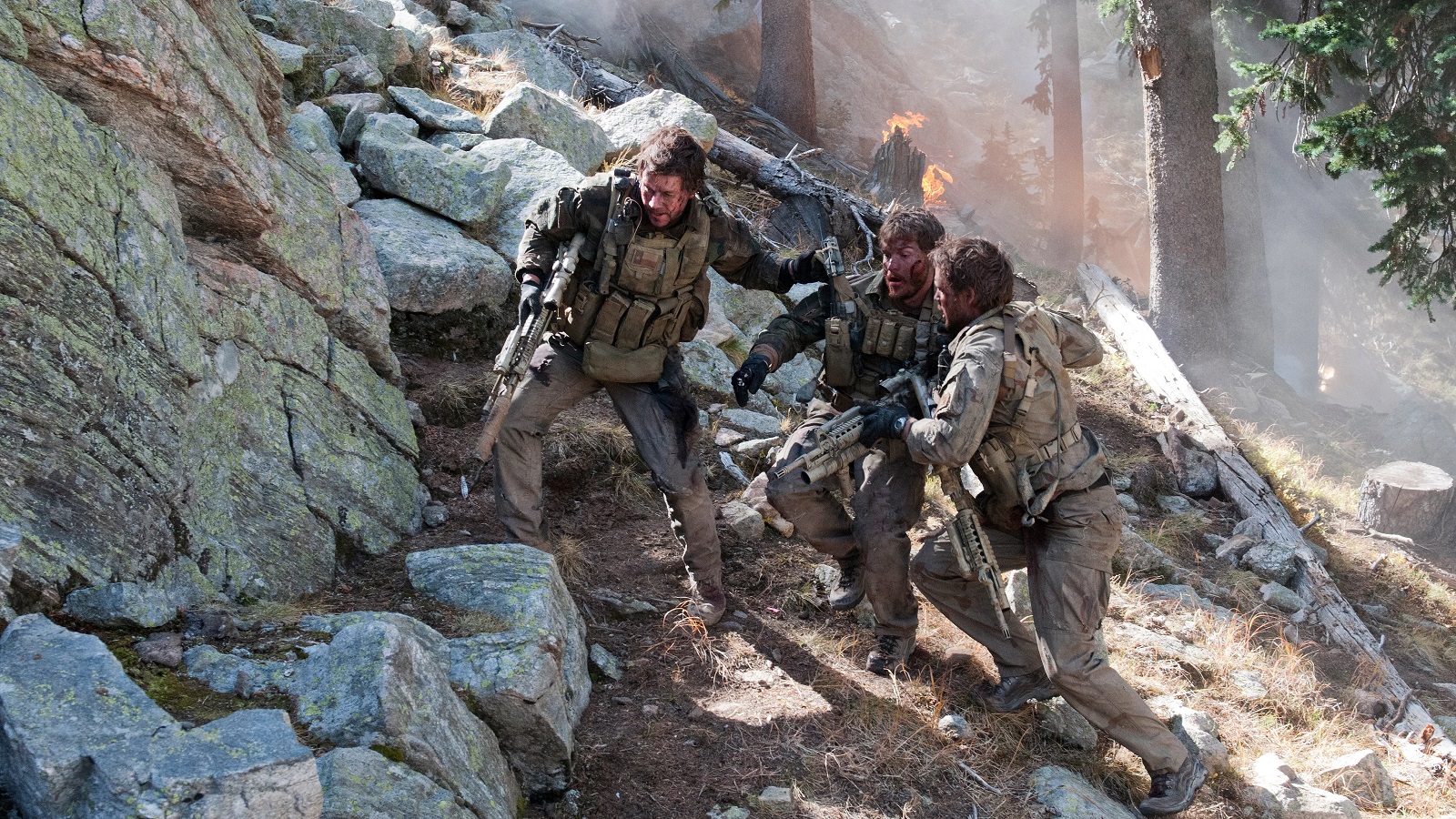 War movies based on true stories don’t lose any of their impact if handled in the right way, even though the facts and the fates of the people involved are already widely known. Peter Berg’s Lone Survivor wasn’t a sweeping epic or a stirring drama, but a nail-biting and intense action-packed thriller that built to a crescendo depicting one man’s battle against the odds.

Even the title gives the game away right from the off, but that’s not the story Berg is interested in telling. Instead, once the rest of Marcus Luttrell’s squad have been killed in battle following an expertly-staged extended set piece that’s enough to give you sweaty palms until the credits come up, Mark Wahlberg’s solitary remaining soldier’s dash to safety becomes the driving force.

Wahlberg is always at his best when he’s given a role he can sink his teeth into, especially if it provides him with the chance to merge his underrated dramatic chops with his proven physicality. It’s no surprise that Lone Survivor comfortably ranks as one of his best-ever turns, then, as he takes a beating in more ways than one while still investing audiences in the high-pressure stakes.

Almost a decade after bringing in over $150 million at the box office, winning strong notices from critics and fans alike, as well as landing a pair of fully deserved Academy Award nominations for Best Sound Editing and Best Sound Mixing, Lone Survivor has emerged as one of the biggest hits on HBO Max.

As per FlixPatrol, the unrelenting assault on the senses is currently the fifth most-watched title among subscribers in the United States, just make sure you don’t watch it with the volume turned up too high, because the gunshots are deafening enough as it is.

Ruben Randall - December 16, 2022 0
Money
Ivanka Trump and her husband, Jared Kushner, are distancing themselves from Donald Trump because he is “losing value” and it’s not “worth it for...

How I Met Your Father Brings Neil Patrick Harris’ Barney Back...

Emma Watson Once Said Hanging out With Daniel Radcliffe and Rupert...

Is Siem Offshore (OB:SIOFF) Using Too Much Debt?