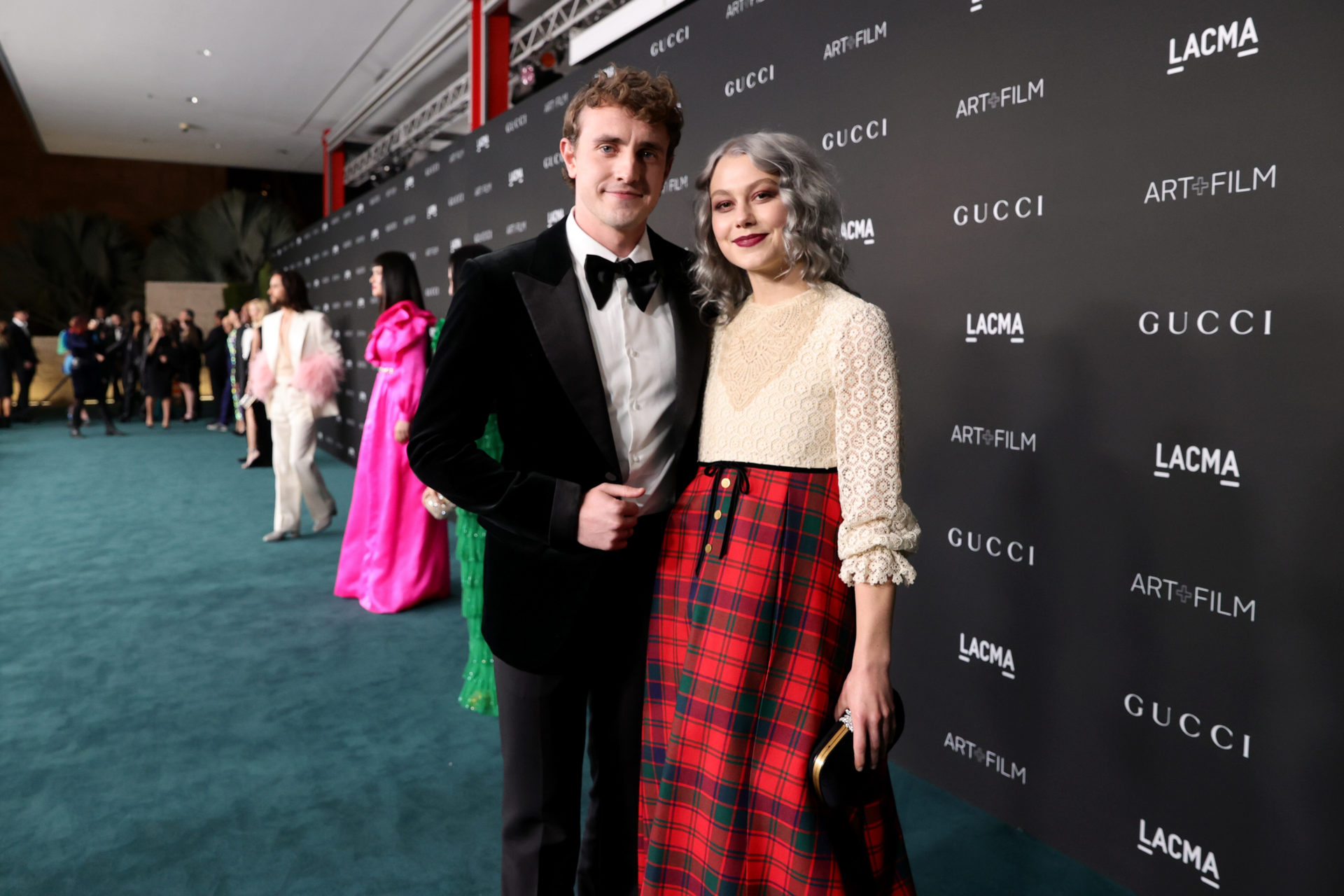 Phoebe Bridgers and Paul Mescal have been together for over two years and we are looking back at their fairytale romance.

Paul and Phoebe’s relationship is definitely a modern-day fairy tale that took over the internet. Since then, the two have never looked back and have been by each other’s side.

A couple of months ago, there had been rumors the pair were engaged. However, it is not true.

Who is Paul Mescal?

Paul is an actor who is known for his roles in shows and movies like Normal People, The Lost Daughter, Aftersun, and more.

He attended Trinity College Dublin and studied drama there, as per his IMDb profile. Prior to making it big on the television screen, Paul appeared in quite a few advertisements.

He got his big breakthrough in the industry when he was cast as Connie for Hulu’s Normal People.

A look at their relationship

It all started when Phoebe took to Twitter to write about how she was in love with Normal People. This prompted Paul to reply with a message that read: “I’m officially dead.”

Following this, the two made an appearance together during an Instagram Live and admitted to fans they were going to meet for the first time, as per Cosmopolitan.

The rumors about the duo dating began in June 2020. Fans noticed Paul had mentioned having a girlfriend in an interview, while Phoebe had him featured in one of her music videos.

The two stayed tight-lipped about their relationship even though all the signs pointed at them being together.

It wasn’t until 2021 that they confirmed their romance as they made a red carpet appearance together.

They are not engaged

Several rumors had emerged that suggested the two had been engaged. The speculations around this started a couple of months ago as fans thought the two secretly got engaged.

Fast forward to November 2022, and these speculations emerged again. However, they are not engaged but are dating.

In other news, Lil Yachty chose the cover for Her Loss by Drake and 21 Savage

Olivia Cooke on pushing boundaries and her growing confidence – The Laterals