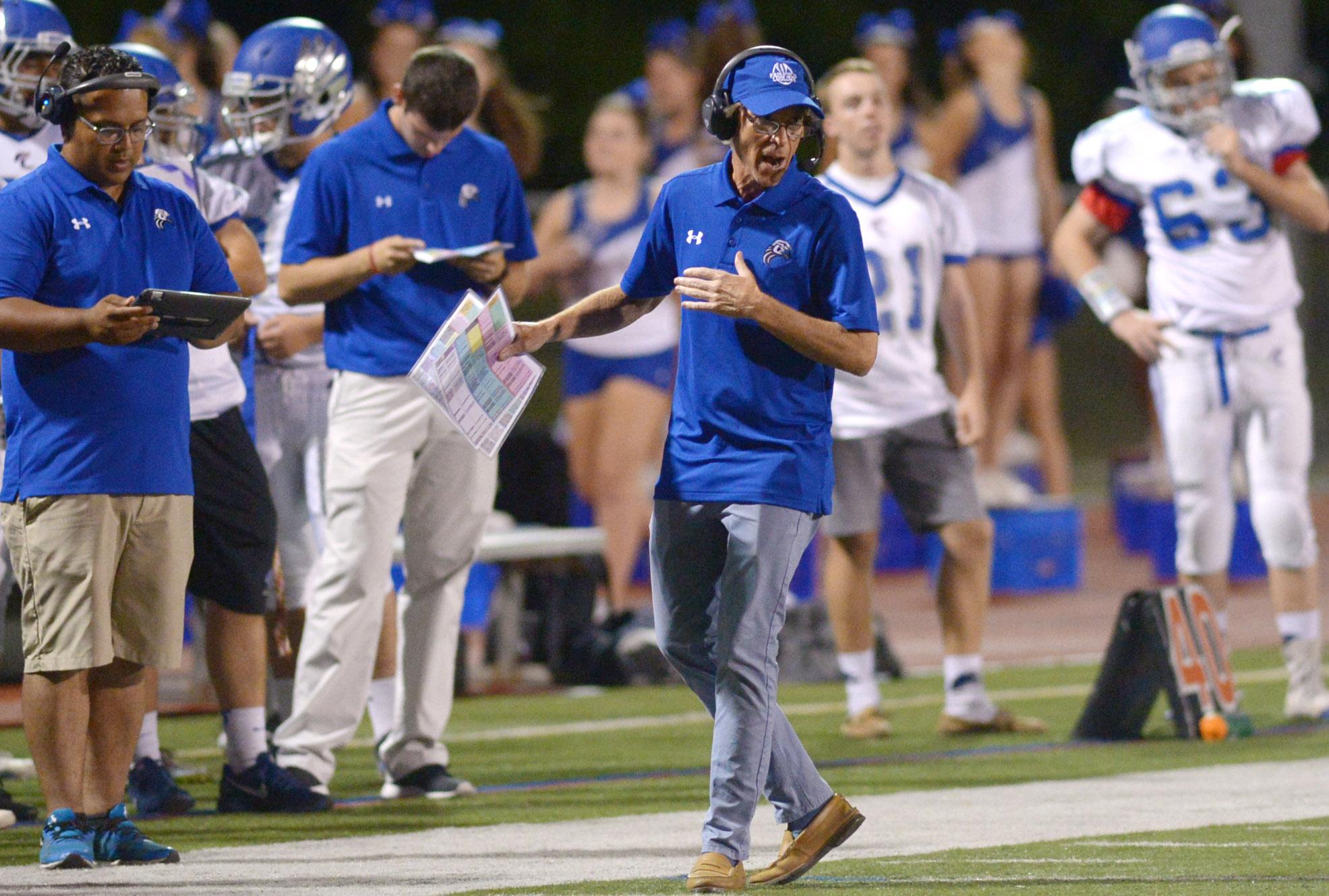 Four of the top six schools and five of eight in the final 2021 GameTimeCT poll are in Class L in 2022. Fairfield Prep is the one Class LL team. More than that, from New Canaan to Darien to St. Joseph to Shelton, the eye test points to an overwhelming number of Class L teams among the traditional top 15 powers.

If the goal is to have most of the top teams in a bracket of the largest schools, well, it’s not even close.

“Sort of ridiculous,” said Fairfield Ludlowe coach Mitch Ross. “Class L is tougher to win this year than LL was last year before these changes. The other divisions there’s two, three (really strong) teams, that’s it, who’ll dominate for years. I just think if you’re going to make divisions, they have to be based on more than absolute student-body numbers.

“It’s easy to bring some fairness into the process, especially so the city schools are treated with fairness and recognize that school size is not the only factor in determining which schools have a competitive advantage. It would also do a much better job of spreading competitive football in each division.”

Bent on giving more schools a chance at the state playoffs, the CIAC this year is expanding the postseason from four classes and 32 teams to six classes and a record 48 teams. Small state. Many playoff teams.

Those are the givens.

The variables? What schools play in those playoff classes and the quality of games those teams play in the regular season.

Save the “schools of choice” that are bumped up by reaching the semifinals at least once during the previous three seasons, the CIAC divides classes equally by enrollment.

CIAC honchos can argue until they are blue in the face, but in truth, its playoff model for all sports is not the best possible. As long as Catholic schools do not play in their own division and tech schools are counted equally, it remains a flawed paradigm. Even if St. Joe’s was bumped all the way up, it would find itself playing in a much easier Class LL this year. There needs to be a more holistic approach.

Ross, a Harvard and Tufts graduate, is not only the football coach of a Class L school. He’s also a dermatologist. And — may the American Academy of Dermatology forgive me — Dr. Ross went more than skin deep with some persuasive arguments to level the playing field.

Enrollment would still be used as a basis for divisions, but the boys’ enrollment figure would be subject to multipliers depending on how many CIAC schools were within a city or town.

Mandate every team to play a minimum of three out-of-conference games to qualify for state playoffs, continuing with the strength of scheduling bonus instituted last year.

Under Ross’ multiplier, schools of choice — or more precisely, private schools — would count as enrollment x 2.

Ross is not married to the exact multipliers. He provides them as a road map that could be tinkered with in succeeding years.

“You have to feel badly for the city schools,” Ross said. “They’re a big student population faced with other challenges. They’re in L or LL and barely have a chance. It’s not giving an equal playing field.

“This would help Hartford schools. It would help Bridgeport schools. They would have a shot. Give them a fighting chance in, say, Class M. City schools lose a ton to private schools (CIAC and prep).”

Beyond that, year after year, you know who the good teams will be. Many are one-town schools with excellent youth football programs and a singular goal. Coaching can have a huge impact, but when you look at the town and the predictable schedule, you can see success coming.

Schools of choice, by CIAC standards, include ones with vo-ag programs, tech schools and Catholic schools under one umbrella.

“It’s one thing having an ag school like Trumbull and one having tuition where you get kids from so many towns,” Ross said. “Private schools get their student bodies under completely different guidelines, but the CIAC doesn’t appear interested in having them in their own conference. Even in Fairfield, with Ludlowe and Warde, we get picked apart.”

St. Joseph of Trumbull, for example, has students from 36 towns and cities. According to athletic director Kevin Butler, the seven that made up the most of this past season’s football team were: Shelton, with 19; Stratford 16; Norwalk 11; Milford 10; Bridgeport 7; Fairfield 6; Trumbull 5.

“The private schools say they don’t recruit,” Ross said. “All right. Fine. Spare me. The student population should be counted differently. If you want to be fair about it, then if you get tuition for more than 2 percent of your student population, it should count times two in the multiplier.

Ross said he knows a lot of people don’t like expanded playoffs. As a coach, he does. He looks at other sports where winning 40 percent of your games qualifies for the state playoffs. He argues 7-3 should get you in for football, but the schedule and the divisions need to be fair and balanced.

“Maybe the larger classes should be smaller,” Ross said. “Say 20 each for LL and L, and 25 for the smaller classes that don’t have as many good teams.”

Ross has been preaching for some time that the CIAC mandate every team play at least three out-of-conference games. Otherwise, he points out, the strength-of-schedule component doesn’t work.

“If a conference wants no part of it, that’s OK, but then you are not eligible for the playoffs,” Ross said. “You don’t have to force anyone. Take a (tech) team that’s 10-0, great season, all excited and they get pummeled in the first round of the playoffs. Why are we doing that year after year? They could do their own playoffs and allow a few 7-3 teams in, as it should be.”

Ross said schools at the FCIAC meeting were open to get more games out of conference.

“We talked,” he said. “We don’t care what weeks. We’re happy to play. The bottom line is no one wants to play Darien, New Canaan, Greenwich and St. Joseph. Even getting two games is a struggle.

“There are teams that are brave. Fairfield Prep and Xavier will play, but there are a lot of teams that want no part of those guys. If there was a state mandate, teams couldn’t play coy.”

“Strength of schedule only works if there are inter-conference games,” Ross said. “And if you get sufficient bonuses for losses against good teams, it encourages teams to play outside their conference. The goal should be the maximum games of fair matches.”

How Much Money Does She Earn From ‘Friends’?