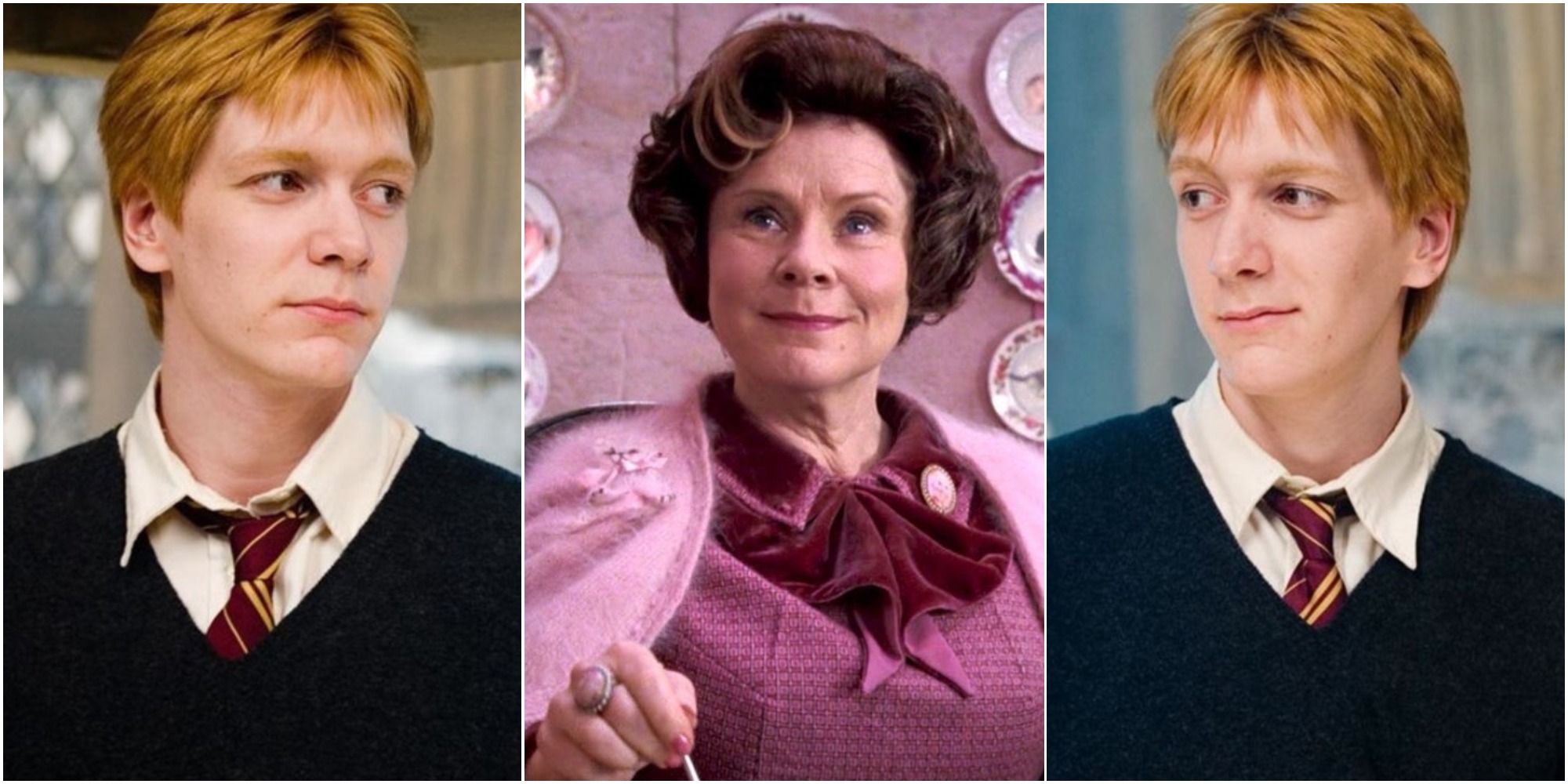 People change. It doesn’t matter if they’re moderately magical or mediocre muggles, most characters in Harry Potter undergo a serious, often irrevocable, metamorphosis over the course of the story. Harry transforms from a timid misfit into one of the bravest people in the Wizarding World — his friends, allies, and mentors are proud of the self-reliant man he eventually grows into.

RELATED: Harry Potter: The 10 Most Useless Spells In The Franchise

Interestingly, there are more than a few characters who display very little personality modifications in response to the upheavals they experience. Some of them are fearful of change and hold on to their preconceived notions, while others are better off remaining exactly as they are depicted at the beginning.

Dumbledore is deeply moved by Harry’s many sacrifices; he admits to becoming a better person as a result. Few others are capable of perturbing Dumbledore’s calm aura — even Lord Voldemort fails to rattle his old Transfiguration teacher.

Dumbledore might be over a hundred years old, but time and experience have forged an indestructible sense of confidence in his abilities, showing why he rarely makes mistakes and why most people obey his orders without question. Despite being somewhat set in his ways, Dumbledore continues to be receptive to new changes.

Alastor Moody is arguably the most anxious character in Harry Potter, with the exception of Mundungus Fletcher. This is evidenced by his constant use of “Constant Vigilance!”, a catchphrase that defines both Moody’s life and his character.

The fact that Barty Crouch, Jr. could replicate his various tics and mannerisms without being caught by anyone, including Dumbledore, demonstrates the immutability of Moody’s persona. Moody’s moral compass hasn’t swayed from the path of justice ever since he became an Auror, at least according to Sirius.

Little is known about Bellatrix Lestrange’s past — her opulent and dogmatic childhood, her history at Hogwarts, there is nothing to contextualize her fanatical devotion to Lord Voldemort. As far as her actions go, Bellatrix has proven to be a dangerous thorn in the side of the Order, although her narcissism eventually leads to her downfall.

RELATED: Harry Potter: The 10 Weirdest Potions In The Franchise

Bellatrix doesn’t mature, evolve, or change in any way whatsoever because she believes that she’s already at the pinnacle of her life. She is more than happy to spend her days carrying out the Dark Lord’s dark bidding, not unlike a sadistic automaton.

Hermione Granger is the exact same person at the end of the series as she is when she meets Harry and Ron on the Hogwarts Express. As one of the brightest students to ever attend Hogwarts, Hermione’s greatest strength is her incredible intelligence.

She’s always known that she’d end up in political leadership and consequently sets her sights on the Minister for Magic position. Hermione reinforces her mental gifts with an exceptionally rigid work ethic, one she insists on following her entire life.

5 Rubeus Hagrid Is Charming, Loyal, And Loves Magical Animals More Than Anything In The World

Harry’s initial impressions of Hagrid can be treated as a concise summation of his character. Hagrid is compassionate, tender, emotional, hasty, loyal, and occasionally quarrelsome. While his social skills need a bit of polishing, Hagrid is beloved by nearly everyone at Hogwarts.

Hagrid is expelled for raising an Acromantula in his dormitory, a fascination for magical animals that remains strong well into his adulthood. He has a particularly soft spot for dangerous creatures like dragons and three-headed dogs, which naturally get him in trouble more often than not.

Lord Voldemort switches between a variety of expressions during his interactions. The problem is that the entirety of his feelings is clustered around a single emotion: selfishness. He revels in tormenting others into submission, using fear tactics to undercut his opponents at every turn.

Voldemort expects the Wizarding World to tremble at his feet, and is therefore extremely frustrated when his plans for domination are foiled. Dumbledore suspects that Voldemort’s splintered soul is permanently banned from the afterlife, so it’s likely the Dark Lord will never get the chance to atone, even if he’s willing.

Dolores Umbridge is the epitome of spitefulness, a representation of the malignance growing within the Ministry of Magic. Umbridge always thinks of herself as right and anyone opposing her as wrong, explaining why she resorts to disciplinary regimens that border on corporal punishment.

Although Umbridge is forced to cut her losses following her unfortunate encounter with the Forbidden Forest Centaur clan, she doesn’t slink away in defeat but immediately concocts a plan to re-accrue power. Umbridge thrives under the Death Eater takeover of the Ministry, illustrating her aversion to change.

Snape is hostile towards Harry as a proxy for James Potter, who had once made Snape’s Hogwarts experience a living hell. The Potions professor marinates himself in his bitterness for a long time, but he manages to break out of the cycle of hatred and self-hatred with enormous difficulty, and considerable psychological support from his one true friend.

Snape loves Lily until the day he dies, so much that he sacrifices his justified anger at James in order to keep the latter’s son safe. Dumbledore is perhaps the only character who doesn’t need Legilimency to have faith in Snape’s eternal loyalty.

1 Fred & George Weasley Were Always Destined To Be Pranksters

Fred and George Weasley have been involved in a variety of mischievous antics from a very young age. Their birthday falls on April Fools’, further cementing the notion that they were destined to become pranksters.

Fred and George are average students at best, but what they lack in academic achievements they make up for with ingenuity, craftsmanship, and a flair for business. Fred and George are thoroughly entwined in each other’s lives — they’re only separated when Fred dies during the Battle of Hogwarts.

NEXT: 10 Things From The Harry Potter Books We’re Glad Were Never Adapted


Ajay’s natural habitat is his bedroom, which means that his time is spent staring at his TV screen in a hypnotic coma. He tends to rant about the lack of quality programming in his life, but the amount of content he consumes would make even Galactus gassy. You can contact him on Twitter — @stain_dprinc_ss.