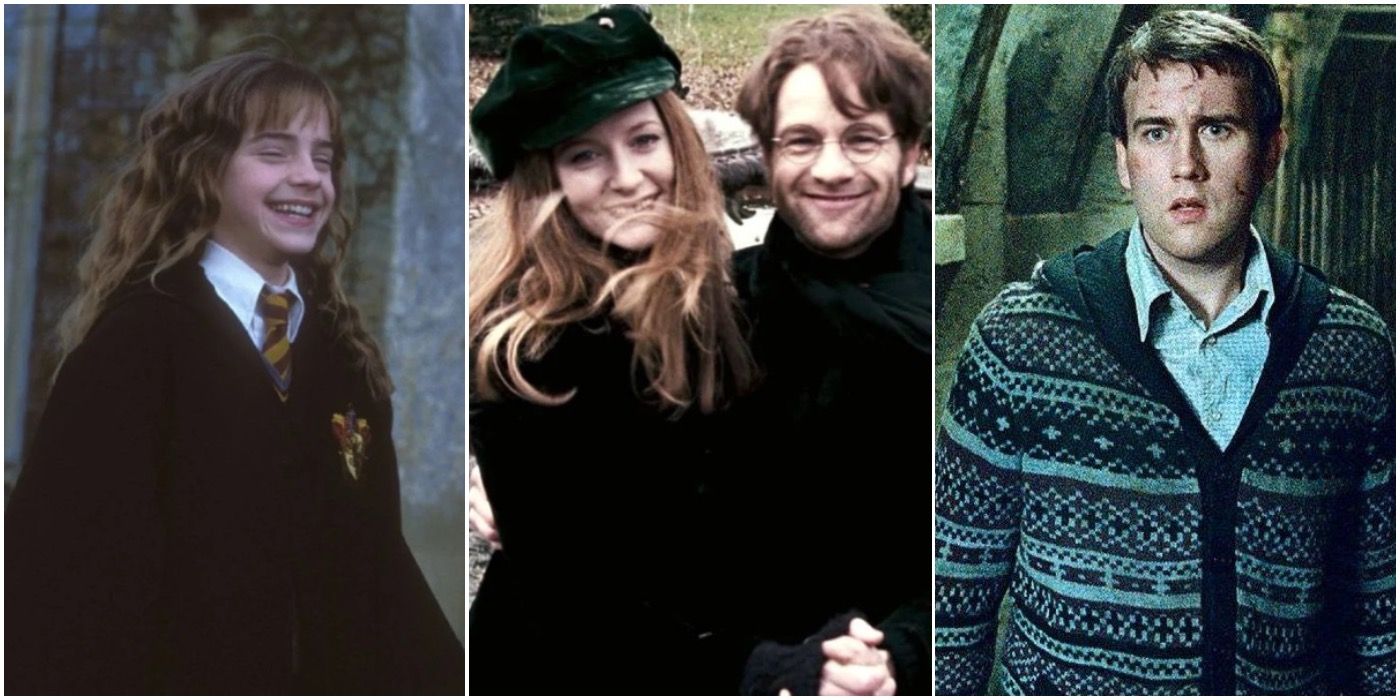 Since J. K. Rowling’s first book of the wizarding series came out in 1997, Harry Potter has been a staple in pop culture around the world. Its appeal lies in the magical world of witches, wizards, and fantastic beasts, and the relatability of the characters’ struggles and victories.

Harry Potter is a story about the power of love over the love of power. The relationships that were built and developed within the story resonate deeply with fans because everyone can relate to wanting to find a sense of belonging. Although the Harry Potter series came to its conclusion over a decade ago, the life lessons it instilled still carry meaning today.

8 The Importance Of Friendship

The Harry Potter series has taught fans that having friends is important, but choosing the right friends is most important. In Harry Potter and the Philosopher’s Stone, Harry instantly made friends with Ron Weasley. When Harry and Ron arrived at Hogwarts, Harry was approached by Draco Malfoy, who asked if Harry would rather have more powerful friends.

Harry could see the snake that Draco was and was confident in his choice of friend in Ron. If Harry hadn’t made friends with Ron and Hermione, fans agree that Harry wouldn’t have survived his first year at Hogwarts. The friendships Harry made at Hogwarts lead him to defeat the darkest wizard of all time and create the family he never had growing up.

The wizarding community can be a tight-knit group if they are fighting on the same side. When Voldemort returned to power, The Order of the Phoenix was re-established, creating a strong force against the Death Eaters.

RELATED: 10 Thngs Harry Potter Has Done That No Other Franchise Has

6 Never Be Afraid To Ask For Help

Asking for help is never a sign of weakness, but rather a sign of strength for recognizing that something cannot be done alone. Harry Potter proves that help can come from the most unexpected places. In Harry Potter and the Deathly Hallows, Harry used Sirius’s two-way mirror to ask for help when he was trapped in Malfoy Manor.

Later, Harry realized that Aberforth Dumbledore, Albus’s brother, was on the other side of the mirror. Help also came to Harry from Snape, who had secretly been on Dumbledore’s side since Lily Potter’s death. Snape was the one to lead Harry to where it would end between Harry and Voldemort, ending the wizarding war.

From Luna Lovegood to Hermione Granger, there are plenty of characters in Harry Potter who aren’t afraid to be themselves. Luna was quirky and intelligent, and she always expressed her sense of style and beliefs without fear of judgment from others.

Hermione Granger, the brightest witch of her age, was constantly learning and dedicating herself to her schoolwork, even when she got mocked for it. Because Luna and Hermione were completely themselves, their unique strengths and traits helped Harry Potter and the wizarding world defeat Voldemort.

4 Find Magic In The Everyday

People don’t have to be witches, wizards, or Hogwarts students to find or create magic in the everyday. For Harry, he didn’t feel his best when he was defeating dark forces or Voldemort. Instead, Harry felt his best in the everyday moments, like spending time with his friends and family.

In Harry Potter and the Half-Blood Prince, Harry recalled that the happiest he’d ever been was in the early days of his relationship with Ginny Weasley when they would talk and laugh. Harry Potter shows that the little moments are as important and meaningful as the big moments. Harry fought for the little moments – for the time when he could be with Ginny without fear.

3 Confidence And Courage Are Not The Same

Just because someone is confident, it doesn’t mean they are courageous. For example, Gilderoy Lockhart was all talk and no action. When the time came for Lockhart to live up to the reputation he had created for himself, Lockhart couldn’t mend Harry’s broken arm.

On the other hand, Neville Longbottom was never the most confident wizard, but he was incredibly courageous where it mattered. This aspect of Neville’s personality points to why he was placed in Gryffindor. Neville stood up to his friends and eventually stood up to Voldemort, promising to fight him until the end. Neville was a shining example of the difference between confidence and courage.

After James and Lily Potter were murdered by Voldemort, Harry was left to live with his Muggle aunt and her family. When Harry came of age, he was introduced to the wizarding world and allowed to use the fortune that his parents had left for him. At King’s Cross Station, Harry met Ron Weasley, the youngest of seven children in a family who stretched and saved every penny.

However, Harry saw Ron as wealthier than him because Ron had a loving family. Harry would give up all his riches to have his parents back. Harry loved the Weasley family like his own, and they loved him the same way. Harry supported the Weasley family’s endeavors (like when he funded Fred and George’s joke shop) and the Weasley’s always included Harry in whatever they were doing.

1 Love Is The Most Powerful Magic Of All

While Voldemort was the darkest and one of the most powerful wizards of all time, he had one weakness: love. Because Tom Riddle was conceived under a love potion, he could never truly love others or feel love in return. Love is what saved his greatest enemy time and time again.

Lily Potter’s love for Harry protected him from the killing curse. Harry’s love for his friends is what protected them after he sacrificed himself to kill the Horcrux within him. Love cannot be cast as a spell or brewed in a potion. Instead, love is a force within everyone that can encourages more kindness in the world.

NEXT: 10 Things Harry Potter Has Done That No Other Franchise Has