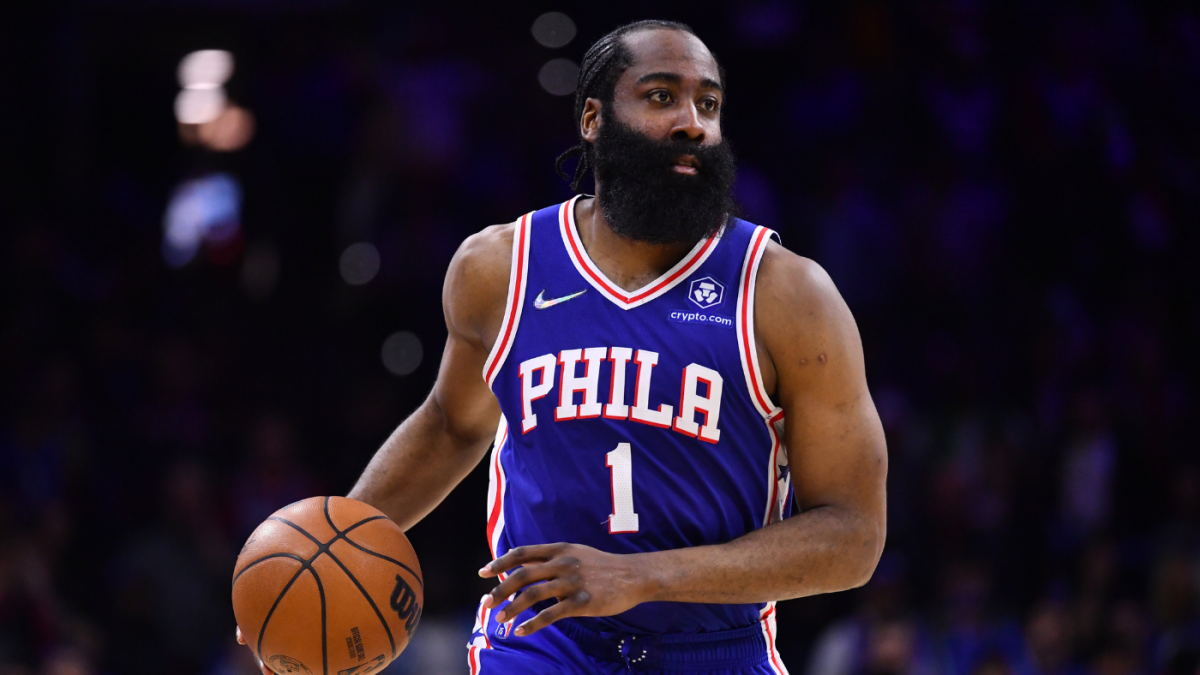 The bad news for the Philadelphia 76ers is Joel Embiid has a concussion and a broken face and is slated to miss at least Game 1 of their second-round series vs. the top-seeded Miami Heat, which begins on Monday.

The good news is that Embiid, who has to sit at least five days for the concussion, hasn’t been ruled out beyond Game 1. He could still play with the orbital fracture assuming he’s eventually clear of the concussion, which is reportedly mild, for whatever that’s worth.

That could, in theory, put Embiid back by Game 2 on Wednesday, or perhaps more realistic Game 3 on Friday. If it’s any longer than that, the Sixers are done. There’s no use even talking anymore about this series. But if we proceed with the expectation that Embiid will eventually return to this series, if only for argument’s sake, then James Harden becomes Philly’s life raft.

He doesn’t have to save them. He just has to keep them afloat long enough for Embiid to have a chance to come back and play the hero. A split in the first two games would go a long way toward that. Even just getting one out of the first three would keep the Sixers alive if Embiid couldn’t go until Game 4.

One big performance. Harden should still be capable of that much.

Most of us agree that Harden is not, or at least hasn’t often looked like, the superstar he was in Houston. He didn’t look like that guy in Brooklyn and save for a few big games or stretches, he hasn’t looked like that guy in Philadelphia, where he’s struggled to control games as a scorer. He’s still been an incredible playmaker, but that becomes less helpful without Embiid.

Harden will still need to generate open looks for the likes of Tobias Harris and create opportunities for Tyrese Maxey to attack against a shifting defense, but without Embiid, the Sixers need Harden to score, and score big, at least once. One 35-40 point game. Yes, we understand that’s no easy task against an elite Miami defense, but it’s not an unreasonable ask of a guy who the Sixers are probably going to sign to a max contract this summer.

Harden is going to have to go even bigger on the offensive end because of Philly’s inevitable defensive drop-off without Embiid. They could play small when Bam Adebayo is off the court or give an extended run to Paul Reed with backup minutes to DeAndre Jordan, but however Doc Rivers plays it, know this: The Sixers have been a mess, particularly defensively, without Embiid. There’s going to be a lot of ground to make up.

In the regular season, Philly got smoked by 10.2 points per 100 possessions during Harden’s minutes without Embiid, which would have ranked as the worst net rating in the league. In the first round vs. Toronto, the Sixers’ were minus-6.8 in Harden’s solo minutes, though I suppose there was some hope from the Harden-Maxey-Harris-Danny Green-Reed unit that outscored Toronto by 15 points over 17 minutes of action.

Free of having to focus on Embiid, the Heat can now deploy nearly all their resources onto Harden. I don’t know if they will. If they don’t think Harden is capable of dominating one-on-one anymore, particularly with individual defenders like P.J. Tucker and Jimmy Butler and, when switched, Adebayo, they might opt to more often play it straight up and not leave any shooters to get going. My guess is Miami will still devote plenty of doubles to Harden, confident in their ability to recover.

If you didn’t watch, the Heat just dismantled Trae Young with this kind of treatment. Like Young, Harden is extremely reliant on getting into the paint. When Miami wasn’t just outright trapping Trae, they were showing him crowds with two and three helpers in his line of vision, ready to pounce at his first downward movement. At the top, wings sat down at the elbows, closing off driving lanes. It forced Young to stay outside the arc and settle for a ton of 3s, which he only made at an 18 percent clip for the series.

For the Hawks, it was much the same situation as it now is for the Sixers. Trae catching fire was their only chance of beating a much better and deeper team in the Heat, who knew that, and defended him accordingly. But whereas Young would’ve had to do it four times to win the series, Harden, hopefully, might only have to do it once before Embiid gets back. It’s not an envious situation, but that’s the deal.

Can Harden find a way into the paint against Miami’s relentless, physical, switching defense? If not, can he catch a heater from 3 for a game or two? You can talk about all the other elements of this series, but without Embiid, that’s what this comes down to for Philly. Harden has to be the best player on the floor, and if he’s indeed still a max player, that’s not too much to ask.

Arrest Warrant Claims CT Teacher Was in Florida With Boyfriend

I’ve ‘Been Beat to a Pulp’ After Losing Brand Deals

Ruben Randall - May 16, 2022 0
Money
India's two richest men are going head-to-head. Only this time, they are competing for a share of the country's fast-growing video on-demand and streaming...

Do Jenner sisters Kylie and Kendall participate in the Kardashian Christmas...