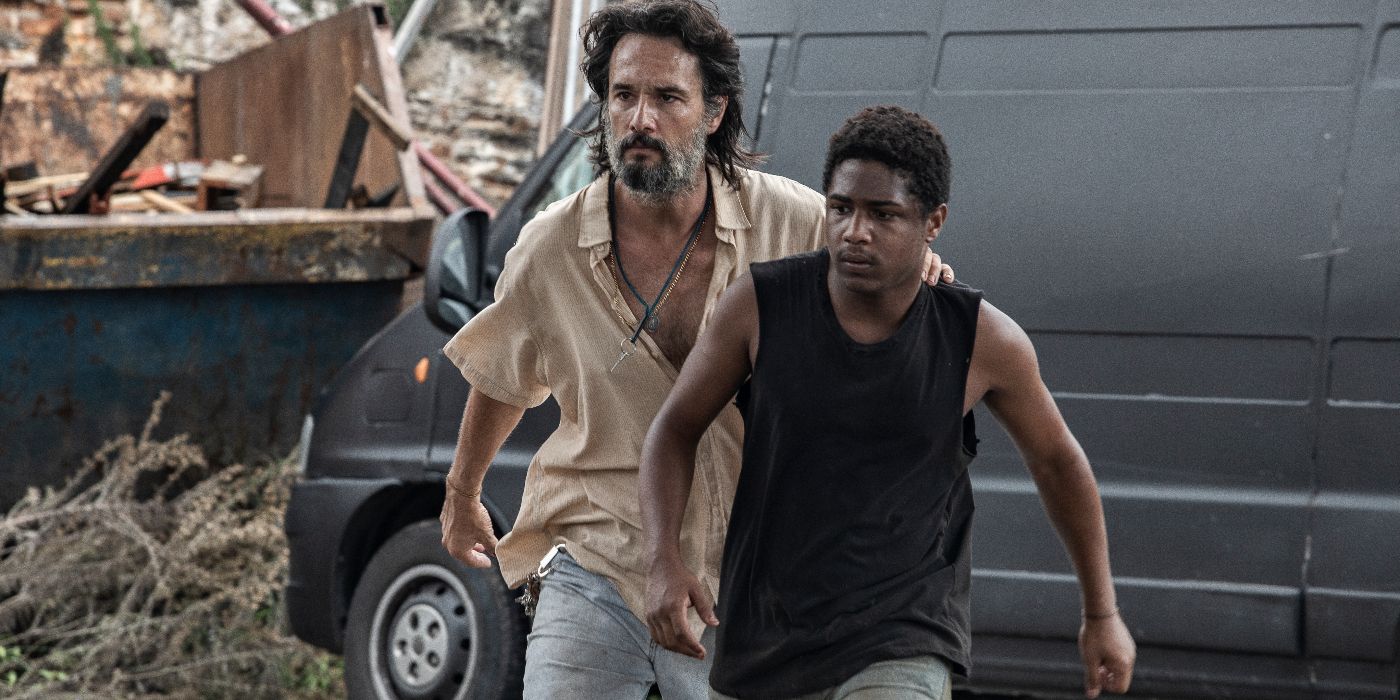 Netflix has just released the official trailer for the Brazilian thriller flick 7 Prisoners, which is primed to hit select theaters and globally on the streaming network in November. The film received two of the official collateral awards at the 78th Venice International Film Festival. It also received the Sorriso Diverso Venezia Award, for Best Foreign Film, as well as an honorable mention from Fondazione Fai Personala Lavoro Ambiente. 7 Prisoners is directed by Socrates director Alexandre Moratto and written by Moratto and Thayná Mantesso.

The trailer follows 18-year-old Mateus, played by Christian Malheiros, who, after accepting a job at a junkyard in São Paolo to better his family’s life, is shuttled with a few other boys to the city. After arriving, the boys soon realize they must endure exhausting work in a scrapyard run by the terrifying Luca (Rodrigo Santoro). Mateus is in an extremely difficult situation and decides that he will have to use his wits to escape. According to the official synopsis, the film is “a tense thriller, one that deepens into a masterful study of power, solidarity, and betrayal.”

If the trailer is any indication, 7 Prisoners will be a wild ride with many heartfelt moments governed by betrayal and evil. 7 Prisoners will premiere in select theaters and globally on Netflix in November, so don’t miss it! You can check out the official trailer and poster below:

Here’s the official synopsis for 7 Prisoners:

18-year-old Mateus (Christian Malheiros) hopes to provide a better life for his working-class family in the countryside. Accepting a new job in São Paolo, he is shuttled into the city with a handful of other teenage boys from his town, unaware of what awaits them: exhausting work in a scrapyard and their identity cards seized by a vicious taskmaster and exploiter, Luca (Rodrigo Santoro), who threatens them with the unthinkable if they try to escape.

Mateus soon discovers that every boss has one. And what will he need to do to find a way to escape?

New ‘House of Gucci’ Poster Presents a Family Worth Killing For

Father, son, and house of Gucci


Austin Slenk is a News Writer at Collider. He has an unhealthy obsession for Rocket League and loves YA movies and reality shows. He hopes to one day be a full-time T.V. news and movie writer.

Amanda Seales, Kevin Nealon and Jaleel White Appear on ‘To Tell the Truth’

Ruben Randall - August 3, 2022 0
Actress
The Sopranos has lost another member of its family. Just over three months after the passing of the HBO series star Paul Herman...