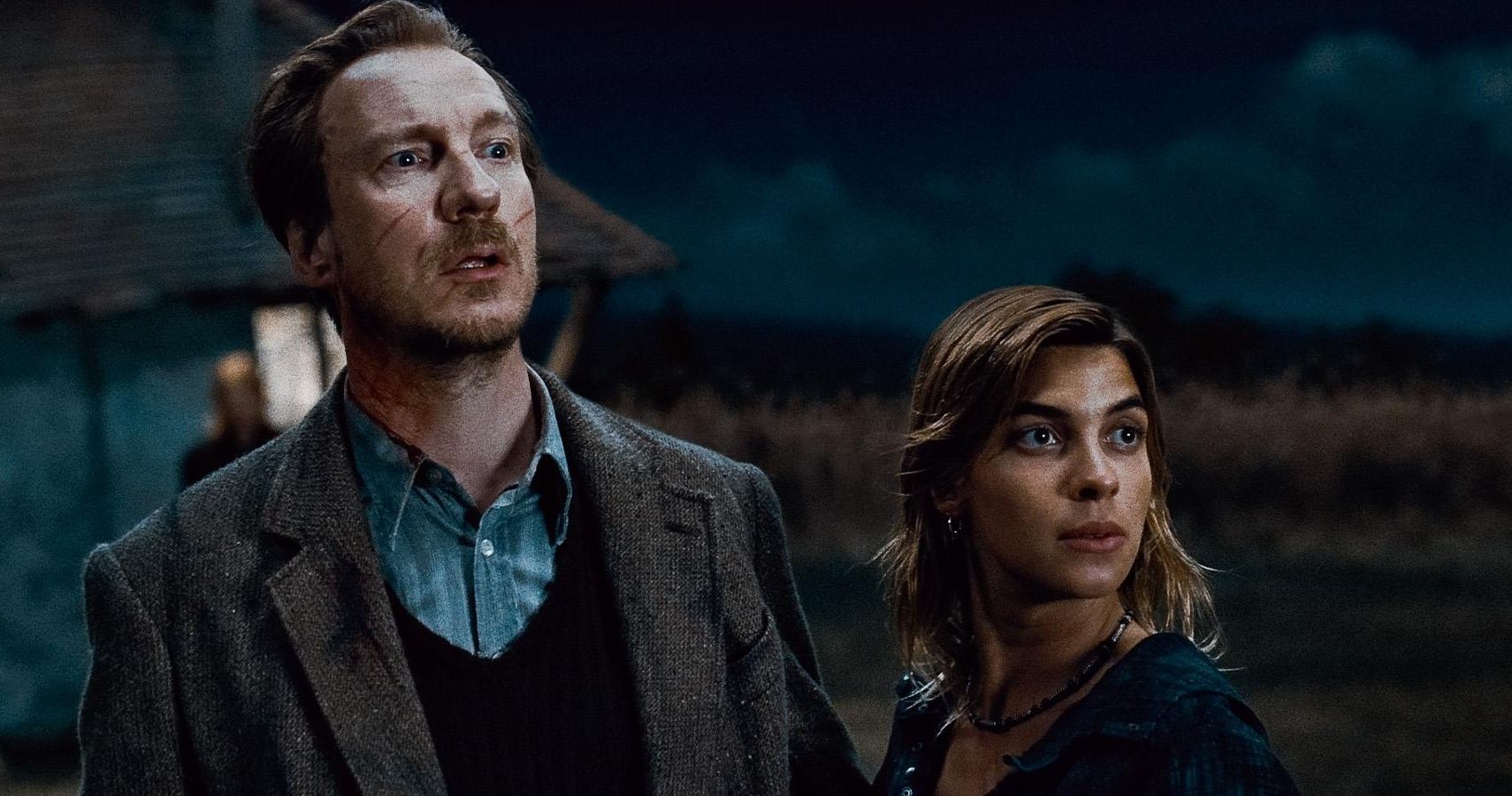 Lupin and Tonks were the tragic love story of the Second Wizarding War. Like James and Lily before them, the pair perished leaving behind an infant orphaned son. While this parallel to Harry himself was very intentional, the problems with Tonks and Lupin’s relationship were probably not supposed to mirror Lily and James quite so closely.

RELATED: Harry Potter: How Does Laundry Get Done At Hogwarts (& 9 Other Questions About Magic In The Wizarding World)

While many believed that both couples were destine for one another, issues appeared along the way. From James being a bully to Lupin being a bit of a coward, perhaps neither couple was destine to be. Below are five reasons Tonks and Lupin were end game, and five relationships Tonks could have pursued instead.

Lupin’s calm and quiet nature was an excellent counter balance to Tonks and her free spirited and showy existence. Lupin needed someone to bring him out of his shell and Tonks needed someone to listen to her and keep calm and focused.

The fact that the pair had experience interacting with dark creatures as well as tracking them certainly would have made them the duo to be reckoned with when they worked together as well.

One of the major complaints about Tonks and Lupin’s relationship was the age difference. Charlie and Tonks were in the same year at Hogwarts and still would have made an excellent Gryffindor/Hufflepuff pair. Both were energetic, a little too interested in danger (dragons and defense against the dark arts respectively).

Mrs. Weasley was always fond of Tonks which certainly would have made her an excellent and beloved addition to the family

This means, while they put themselves in danger, it was together, and for a common cause. Had one or the other insisted they not be members of the Order they likely would not have lasted very long as a couple.

Yes, the Weasley family would have been an excellent one for Tonks to join. Even if she did look for older men, Bill still would have been closer to her age than Lupin was. Again, the pair would both approve of risk and enjoy a bit of danger in their respective professions (auror and curse breaker).

RELATED: Harry Potter: 12 Most Powerful Aurors In The Series

Even Bill’s siblings thought Tonks would have been better for him than Fleur. They also would have had shared values as members of the Order of the Phoenix.

Both Lupin and Tonks worried about one another, always making their worst decisions with the best intentions. Tonks worries constantly about Lupin’s safety, even visiting Dumbledore at Hogwarts to check for news.

Lupin worries so much over Tonks’ safety that he fights to get together with her, not wanting to burden her with his condition. While this of course leads to Lupin leaving and Tonks falling into a depression the pair always have the other’s best interests at heart.

Age makes this particular paring absolutely impossible, but that doesn’t mean it’s not nice to dream. Newt and Tonks were both outstanding Hufflepuffs who had their own Gryffindor streaks.

Tonks’ outgoing personality would have been a helpful balance to the more quiet Newt, and Newt’s penchant for breaking the rules would have appealed to Tonks’ fun-loving side. Both characters are also incredibly kind (Hufflepuffs, of course) so they would have been able to look out for each other despite all their daring dramatics.

Lupin and Tonks likely bonded over their outsider statuses. Lupin, as a werewolf, was forced to live on the fringes of society and keep to himself a bit in school. Tonks, due to her creative personality and metamorphmagus abilites also stood out and existed a little bit on the fringes of mainstream society.

This would certainly have connected the pair. Lupin would have seen a little of himself in Tonks, and Tonks would have been able to teach him to embrace being different.

Who ever said that Tonks had to end up with a man? Daphne Greengrass, the older sister of Astoria Greengrass (who would go on to marry Tonks’ cousin, Draco) was a pure-blood Slytherin who was a first-year when Tonks was preparing to graduate.

RELATED: Harry Potter: 10 Things That Make No Sense About The Forbidden Forest

Tonks obviously never cared about age differences, so six years would not have fazed her. Daphne would have come from pure blood stock (like Tonks’ mother) and, perhaps like her sister, might have fought against it. Tonks would certainly have found a rebel Slytherin intriguing.

Tonks and Lupin were both incredibly accomplished wizards. Not only were they both members of the Order of the Phoenix, Lupin was also one of the creators of the Marauders Map and Tonks was the auror protege of Mad-Eye Moody. The fact that the pair survived so long, including the battle at the Department of Mysteries is a testament to their talents.

Neither ever had to desperately run to the aid of the other. They could trust each other on the battlefield when necessary.

It is often overlooked that Fleur was one of the Triwizard Champions, and the only woman.

She was one hardcore witch, and that would have been very attractive to Tonks. Tonks was an auror who appreciated talent, bravery, and even a little bit of fame and attention, Fleur had all of the above. Fleur would have been closer in age to Tonks than to Bill, and what a couple Tonks and Fleur could have made.

NEXT: Lord of the Rings: The Main Characters & Their Harry Potter Counterpart


Jessie Atkin holds an MFA in creative writing. She is a storyteller, writer, and reader. She’s a YA connoisseur, Star Wars enthusiast, Harry Potter fanatic, Mets devotee, and trivia aficionado.

Kotzebue man sentenced to 99 years in death of 10-year-old Ashley...