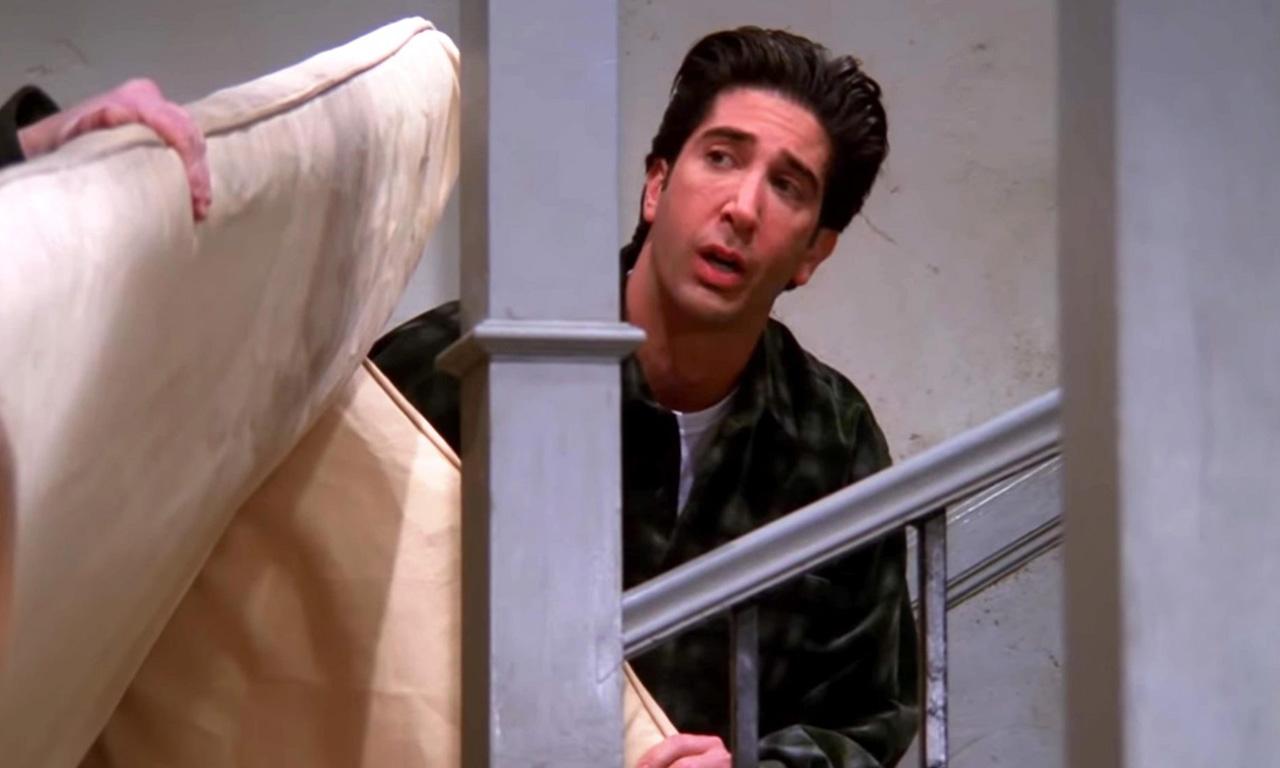 With the ‘Friends’ reunion special dropping this week, we’re looking back at the hit sitcom and the six lead characters that made it iconic. In our first installment of the series, we’re checking out some highlights of Ross Geller. Sorry, that’s Dr. Ross Geller.

When we first meet Ross, played fantastically by David Schwimmer, he’s just gone through his first divorce, with Carol.

Shortly afterwards, he finds out he’s about to become a father for the first time.

So that’s a lot of drama from the get-go.

His job as a paleontologist would lend the show plenty of laughs, and of course who can forget all the romance and drama with Rachel.

Here are our main arguments as to why Ross Geller may just be the best ‘Friends’ character.

Yes, Ross just can’t help himself. Of all the male characters, and arguably the female ones too, he’s the ones who’s the most in love with love.

Sure he’s had his fair share of bad luck when it comes to dating – as have all the characters, mind you. But he never becomes cynical or gives up on the old school notion of romance.

Some of his romantic highlights with Rachel include that kiss outside the café in the rain, and the prom video from when they were kids.

But Ross was also pretty romantic with Emily, when he tells her he loves her at the airport, then follows her to London, then there was that proposal, and getting their wedding venue all lit up and pretty, even when it had fallen to rubble.

Then of course, going back to Rachel, there was that final race to the airport to tell her he always loved her.

2. For all his acting mature, Ross is really an adorable, oversized kid

Ross Geller has superiority notions, undoubtedly. He puts on airs like he’s the most educated and smartest of the ‘Friends’ group. But he really can be just as immature as the lot of them.

While he says he hates pranks, he has no problem pranking Rachel, whether it’s in the build-up to Vegas, or in collusions with Ben.

Plus he loves playing games, even when he sucks at them (like rugby…), whether it’s throwing a ball across the room with Joey, or playing in the fort, or ‘Bamboozled’ with the guys.

Ross Geller is also a total geek, and a lovable one at that, between his Princess Leia fantasies and childish adoration of dinosaurs.

He also loves to dress up, whether it’s as Spudnik or the ever iconic Holiday Armadillo.

(As a side note to Ross’ silliness, we also love the fact that the guy is convinced he’s musically gifted, as in the bagpipes and keyboard episodes. His grandiosity is ridiculous, but you have to appreciate that self confidence.)

Obviously there’s no point in shying away from Ross’ more problematic aspects. He exhibits creepy, jealous, paranoid and slightly controlling behaviour during his relationship with Rachel (though in fairness, they do try to address that in the series, as Phoebe reflects “Wow, Carol really messed you up”). But don’t we all go a little crazy sometimes?

And that’s not the only instance where Ross loses it. Who can forget when he practically screams at his boss. Over a sandwich. Then he has another breakdown in front of his boss when he sees his sister and best friend together.

And who can forget of course when he was “fine” about Rachel and Joey?

4. Ross Geller has had some great storylines, one liners, and iconic ‘Friends’ moments

Even in the later seasons of ‘Friends’, Ross Geller brought us certain storylines and quotes that you can’t dissociate from the hit sitcom.

After all, who can forget what it means to “pivot” or the power of “unagi”?

Moreover, it was Ross that came up with one of TV’s most famous quizzes in that contest over the apartments.

Ross’ attempts to impress his dates means that over-whitened teeth, bad tan and leather pants will be forever associated with that character.

5. He’s one half of Ross and Rachel

Whether you think it has aged well or not, the Ross and Rachel romance remains one of TV’s great on-again-off-again relationships.

It was right there from the show’s pilot and kept twisting and turning throughout, as one fell in love with the other, then vice versa, until she finally got off the plane.

Do you think Ross Gellar is the best character on ‘Friends’? Or who’s your favourite? Let us know in the Facebook comments.

Can LeBron James’ ‘Desperation’ Win vs. Warriors Be a Turning Point for Lakers? |...

Psychologist Once Called Season 1 Ronnie a ‘Gentle Giant,’ Explains His...

Ruben Randall - December 7, 2022 0
Celebrity
It might surprise Jersey Shore fans to hear Ronnie Ortiz-Magro described as a “gentle giant,” given...