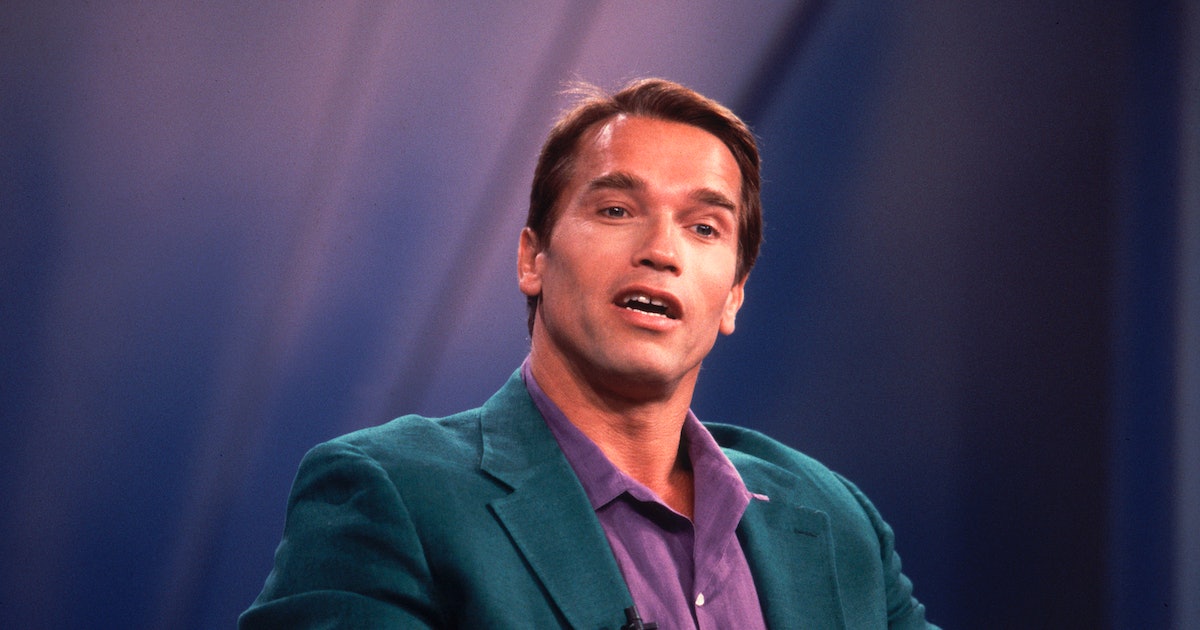 As a sci-fi concept, the 1987 film The Running Man is unoriginal three times over. Although it was loosely adapted from a Stephen King novel of the same name, the Steven E. de Souza-penned screenplay was later found to have plagiarized a 1982 French sci-fi film called Le prix du danger, which, itself, was based upon a Robert Sheckley short story called “The Prize of Peril.”

But, 35 years ago, what The Running Man seemed like wasn’t a vague sci-fi rip-off, but instead a darkly camp Arnold Schwarzenegger action flick. In other words, the way your average moviegoer perceived The Running Man in 1987 is probably the best way to view its legacy.

The Running Man was released on November 13, 1987, and of many early Arnold sci-fi thrillers it holds up better than it should. Here’s why.

Calling The Running Man a great movie would be a vast overstatement. Part of the reason a contemporary sci-fi viewer might not love it is that there are a ton of anachronisms to get over right away.

Set in a near-future dystopia of 2017, The Running Man is all about a game show in which prisoners are hunted for sport by pseudo-gladiators on a live TV show (the show is also called The Running Man). While it’s tempting to say that Hunger Games author Suzanne Collins owes her entire career to this movie, the world-building of her novels bends over backward to justify the deadly game show set-up in a way that feels earned. By comparison, The Running Man treats the sci-fi trope of a deadly game show as just a given.

This is the essential thing to wrap your mind around in order to really get into The Running Man. It’s not a sci-fi movie that’s trying to use science fiction to create some kind of interesting world-building. Instead, The Running Man uses sci-fi cliches to create high camp.

Schwarzenegger stars as Ben Richards, an ex-military man, who’s sent to a prison camp after refusing to open fire on civilians. Eventually, he becomes a kind of freedom fighter against the totalitarian status quo of this future version of the United States.

See also  P!NK, Alessia Cara and 13 others we loved on Sunday

The fact that he’s so good at being a badass lands him into trouble, though, because Damon Killi (Richard Dawson), the host of the deranged reality TV series The Running Man, decides that Richard is perfect for his twisted games. You can probably guess the rest. Before long, Arnold is suddenly inside a dangerous televised game called “The Running Man.”

Again, it’s tempting to say that this film predicts The Hunger Games, but tonally, it’s closer to the winking gonzo style of future Arnold sci-fi flicks like Total Recall. Although Paul Verhoeven has nothing to do with this movie, if you told a bunch of people that The Running Man is secretly a Verhoeven movie, you could probably get away with it. When our hero is frustrated by all the cyberpunk incompetence happening all around him, he growls, “Uplinks on the ground. Uplinks underground. You guys don’t shut up, I’m going to uplink your ass!”

“I’m going to uplink your ass” should be one of Arnold’s most iconic lines right up there with “Who is your daddy, and what does he do?” from Kindergarten Cop. Perhaps more than any movie before it, The Running Man understood the humorous possibilities of Arnold Schwarzenegger, which really, didn’t become part of his brand until the following year, with the 1988 film Twins.

By the time you hit the ‘90s, the idea of Arnold doing some kind of slightly ironic, or intentionally campy movie (Junoir, True Lies, et al.) becomes commonplace. But The Running Man is right on the line between two public perceptions of Arnold Schwarzenegger. The Running Man isn’t a comedy, but it is a deeply funny movie. It’s certainly a dark cautionary tale about capitalism run amok, but because it’s not remotely realistic, that’s not what makes it great.

The Running Man uses the artifice of science fiction clichés and combines those tropes with the campy perfection of Arnold Schwarzenegger as he emerges as one of the most singular stars of all time. He’s not at the top of his game yet. Total Recall and Terminator 2 hadn’t happened yet. But, it’s hard to believe those two sci-fi classics could have existed without The Running Man coming first.

The Running Man is streaming with a Showtime add-on on both Paramount+ and Hulu.

Matt Smith, Olivia Cooke: Who’s who in the House of the Dragon cast?

Ruben Randall - May 27, 2022 0
Money
Beverley's logic is simple. LeBron James and Luka Doncic have posted similar numbers, and they got paid. The same treatment should be given to...