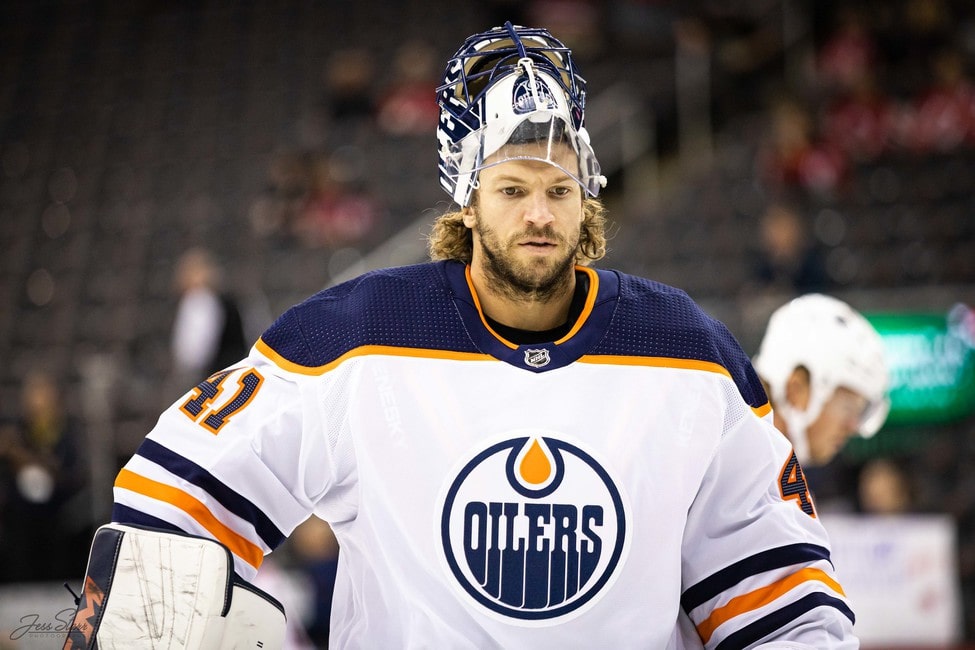 The Jay Woodcroft era is off to a great start in Oil Country as the Edmonton Oilers beat the New York Islanders 3-1 at Rogers Place on Friday (Feb. 11) to make their new bench boss a winner in his debut as an NHL head coach.

Less than 48 hours after Dave Tippet was fired and replaced by Bakersfield Condors head coach Woodcroft, the Oilers responded to the coaching shakeup with one of their better efforts of the 2021-22 season, following a pair of dismal outings earlier this week that ultimately cost Tippett his job.

Everything that had been going wrong in Edmonton went right on Friday, starting with Cody Ceci scoring in the first period to end a stretch of six straight home games where the Oilers had allowed the opening goal. It was only the 13th of their 45 games this season that the Oilers have opened the scoring, and they’ve won every time, the only team in the NHL that hasn’t lost when leading first.

Zach Hyman and Jesse Puljujarvi scored for Edmonton, while beleaguered goalie Mike Smith made 37 stops to pick up his first win since the season’s second game nearly four months ago.

There was an undeniable sense of rejuvenation inside Rogers Place, where the home team’s performance left everyone feeling optimistic that the Oilers can climb back up the standings under the guidance of Woodcroft. Here are three takeaways from Edmonton’s victory over the Islanders.

Smith’s Best Game of the Season

News that Smith and not Stuart Skinner would be starting in goal against the Islanders was met with some groans in Edmonton, where many feel the soon-to-be 40-year-old’s days as an NHL netminder are done. Injuries sidelined Smith for all but three games between mid-October and early February, and when he has played, Smith has struggled mightily.

Coming into Friday’s game, the veteran goalie had allowed at least two goals in the first period of each of his last seven starts and had given up the game’s opening goal within the first three shots he faced in each of his last six starts. That included this week’s losses to the Vegas Golden Knights on Tuesday (Feb. 8) and Chicago Blackhawks on Wednesday (Feb. 9), in which he gave up two goals on the first six shots against the former and was beaten on each of the first two shots by the latter.

But after going 0-4-1 with a 4.55 goals-against average and .860 save percentage in six appearances since his last win on Oct. 16, the 39-year-old Smith was ageless on Friday, coming up with numerous huge saves in the game’s early stages, and turning aside all 19 shots he faced in the first period, giving Edmonton the opportunity to score that much-needed opening goal.

As long as (or, perhaps better put, “if”) he can stay healthy, Smith will continue getting starts. During a media availability following the coaching change on Thursday, Ken Holland more or less said that he will not be acquiring a new goalie, and the Oilers general manager has been steadfast in his belief that Edmonton can be a higher echelon team with Smith patrolling the crease.

Edmonton dressed 11 forwards and seven defensemen, deviating from the 12-6 norm. While this is a lineup composition almost never seen during Tippett’s tenure, this is not out of the ordinary for Woodcroft, who won often dressing the extra blueliner while coaching Bakersfield in the American Hockey League.

He certainly found success with the 11-7 lineup on Friday night, as Edmonton’s blue line probably had its best game as a unit in a long time, despite being without veteran Duncan Keith, who was hurt against Chicago and is out two to four weeks.

The extra blueliner allowed Woodcroft not to overplay any of his younger D-men, particularly the freshly-recalled Philip Broberg and Markus Niemelainen, who were on the ice for 11:38 and 11:00, respectively. Moreover, being one short of a dozen didn’t seem to hurt the forwards, who as a group largely played well at both ends of the ice, and the most time any forward logged was 20:35 by Connor McDavid, which is an average night’s work for the Oilers captain.

Edmonton’s defensive corps will be particularly interesting to watch under the new regime, given many of them developed in Bakersfield under the tutelage of assistant coach Dave Manson, who has joined Woodcroft behind the Oilers’ bench.

Woodcroft was up and down the bench all game long, frequently talking to players, instilling an energy that the Oilers brought to the ice, where they took up for one another, engaging in much more post-whistle skirmishes than usual right up until the final horn sounded, when Darnell Nurse took exception to New York’s Oliver Wahlstrom hit on Ryan Nugent-Hopkins.

Edmonton threw 28 hits, twice as many as against Chicago two nights earlier, with a game-high seven credited to Niemelainen, who was looking to steamroll anyone wearing an “NY” crest. There was a palpable confidence in the Oilers, who when they finally scored first weren’t about to give their lead up: Puljujarvi’s crucial goal in the second period put Edmonton in front 2-0, and after New York’s Anthony Beauvillier scored to cut the lead in half, Hyman replied with an insurance goal midway through the third.

Woodcroft’s style is a stark contrast to that of the stoic Tippett, who for all his coaching acumen has been accused of having an infectious personality. It’s noticeable not just behind the bench, but at the podium: Where Tippett sat, Woodcroft stands during media availabilities.

For one night, at least, it seemed to make all the difference. The key will now be bottling everything that made the Oilers successful on Friday and sustaining for another 37 regular-season games as they push towards the playoffs. Next up for the Oilers is a trip to California, where they will take on the San Jose Sharks on Monday (Feb. 14).

Brian is an Edmonton-based sports writer and broadcaster. His experience includes working as a sports reporter for the Edmonton Sun, where he covered the Edmonton Oil Kings 2013-14 Memorial Cup championship season.