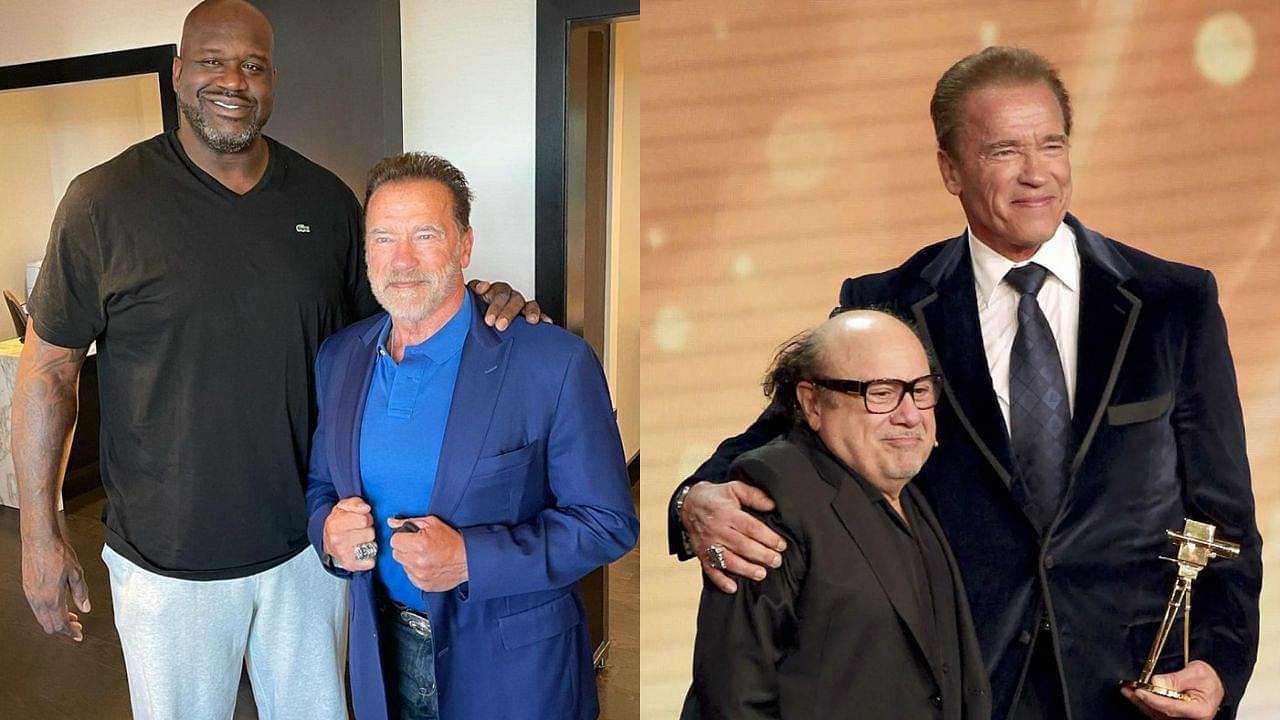 Arnold Schwarzenegger is a man who has done it all. He’s an actor, producer, businessman, retired bodybuilder, and a former politician as well. He was the 38th governor of California between 2003 to 2011. He is a big man, who is regarded very highly in the bodybuilder community.

However, he’s not as nearly big when he’s put in comparison to Shaquille O’Neal. The NBA legend boasts a 7 feet 1-inch frame and weighs 324 lbs. Shaq is one of a kind and makes even the biggest of people look tiny around him.

Shaq and Arnold shared an office back in 2020, when Schwarzenegger opened an office that was to serve as a point of contact for his real-estate company.

This gave them an opportunity to get to know each other better, which resulted in the following Instagram post.

Also Read: ‘Petty’ Michael Jordan Once Didn’t Let Pistons Star in His $300,000 Ferrari After Bulls Suffered a Loss in Chicago

Arnold Schwarzenegger posted a photo on Instagram with Shaquille O’Neal, gets trolled by sons

In 2021, Arnold hosted his yearly Arnold Classic in September instead of March. It’s an annual bodybuilding contest which is usually held in March, but had to be postponed that year. Before Arnold got to the venue to host the event, he ran into his old friend, Shaquille O’Neal. While Arnold was in Columbus for his event, Shaq was in the city for a gig for DJ Diesel, his DJ persona.

Arnold took it to Instagram to share a photo of the two, and the clear height disparity got a lot of reactions.

Arnold’s sons saw the photo and couldn’t help themselves from trolling their father.

Joseph compared Shaq’s pose to a bodybuilder’s pose. On the other hand, Patrick compared their photo to the Twins poster Arnold had with Danny DeVito.

In 1993, Shaquille O’Neal made a huge mark on the NBA, and it’s fans with his stellar performance as a rookie. This led him to go and have lunch with Terminator star Arnold Schwarzenegger. They went to lunch at Planet Hollywood, where Arnold saw Shaq eat ‘at least 10 meals’

This left the actor speechless. Then he saw how much Shaq burnt himself out while playing and practicing. Arnold had high hopes for the former #1 Pick. He wasn’t wrong in thinking so. Shaq went on to win 4x NBA Championships and establish himself as a Top-10 All-Time player in the league.

Conor McGregor Showboated $905K Car Fleet but It Stood as a Joke for Billionaire...

Ruben Randall - April 23, 2022 0
Celebrity
The Weasleys are everyone's favourite family. They live in the idilic Burrow and welcome Harry Potter in with open arms. Though they aren't...