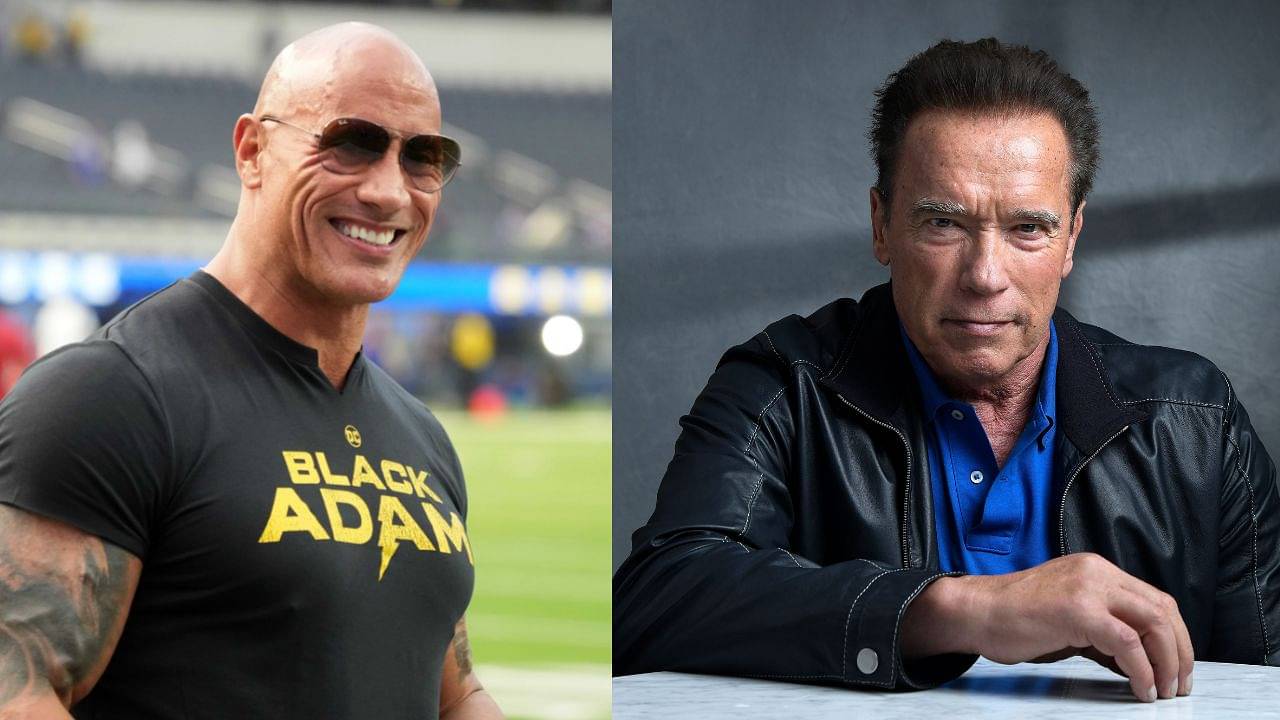 Arnold Schwarzenegger is one of, if not the most recognizable action movie stars across the globe. The 7-time Mr. Olympia winner, after achieving everything there was to achieve in the world of bodybuilding, slowly made his way into acting back in 1970 with Hercules in New York. However, he did not achieve his breakthrough until starring in Conan the Barbarian back in 1982. The Austrian Oak would then go on to light up the box office with The Terminator franchise, Commando, Predator, Total Recall and several other action movies! Quite a similar career trajectory, in fact, with Dwayne Johnson if you think about it.

Also read: How Arnold Schwarzenegger Increased His Net Worth by Over $40 Million With Risky Deal for ‘Twins’

Johnson made his way into the entertainment industry as a WWE wrestler by the ring name The Rock. Shortly after rising to the top of the wrestling business, he looked to get into Hollywood, initially being a part of several films that didn’t do as well as he would have hoped.

Like Schwarzenegger though, the Samoan eventually found box office success with major roles in action movies and franchises and has since become one of the most bankable stars in Hollywood.

While the two have never filmed a movie together, they did share screen space once in one of Dwayne Johnson’s earlier movies.

Dwayne Johnson’s first two theatrical releases saw him portray the role of the Scorpion King. While both of the movies did well commercially, they received mixed reviews from critics.

His third movie, The Rundown (known internationally as Welcome to the Jungle), on the other hand, received positive reviews but failed at the box office, racking up $80.9 million on an $85 million budget.

However, his appearance in this very action comedy is seen by many as the first time the actor proved that he belonged in Hollywood.

In fact, the movie had also had a cameo appearance by Arnold Schwarzenegger, that saw his character interacting with Johnson’s character, asking him to have fun. This moment is believed to be a ‘passing of the torch’ from one action star to another by several fans.

Arnold Schwarzenegger and Dwayne Johnson in the WWE

The two stars have also interacted with each other on the small screen. Schwarzenegger made an appearance on the November 11th episode of WWE SmackDown where he took Triple H down with a backhanded slap.

Earlier on the same episode he ran into The Rock and the two had a pleasant conversation, like two old friends catching up.

The Rock talked about Schwarzenegger’s movie ‘End of days’ claiming that was going to be Triple H’s fate when the two meet.

“I can smell what you’re cooking Rock, I can tell you that. By the way…. there a lot of Jabronis in Hollywood too.”

“Hasta la vista!” The Rock said before the two shook hands and went their own way.

You can watch the full clip on WWE.com

Matt Smith, Olivia Cooke: Who’s who in the House of the Dragon cast?

Ruben Randall - July 13, 2022 0
Money
Kim Kardashian is one of the most famous reality TV stars today, thanks to their popular reality TV show, Keeping Up with the Kardashians....

We provide you with the latest breaking news and videos straight from the entertainment industry.
Contact us: contac[email protected]

‘Put Some Clothes On’: Lizzo Discusses Family’s Disapproval Of Her Nudity...