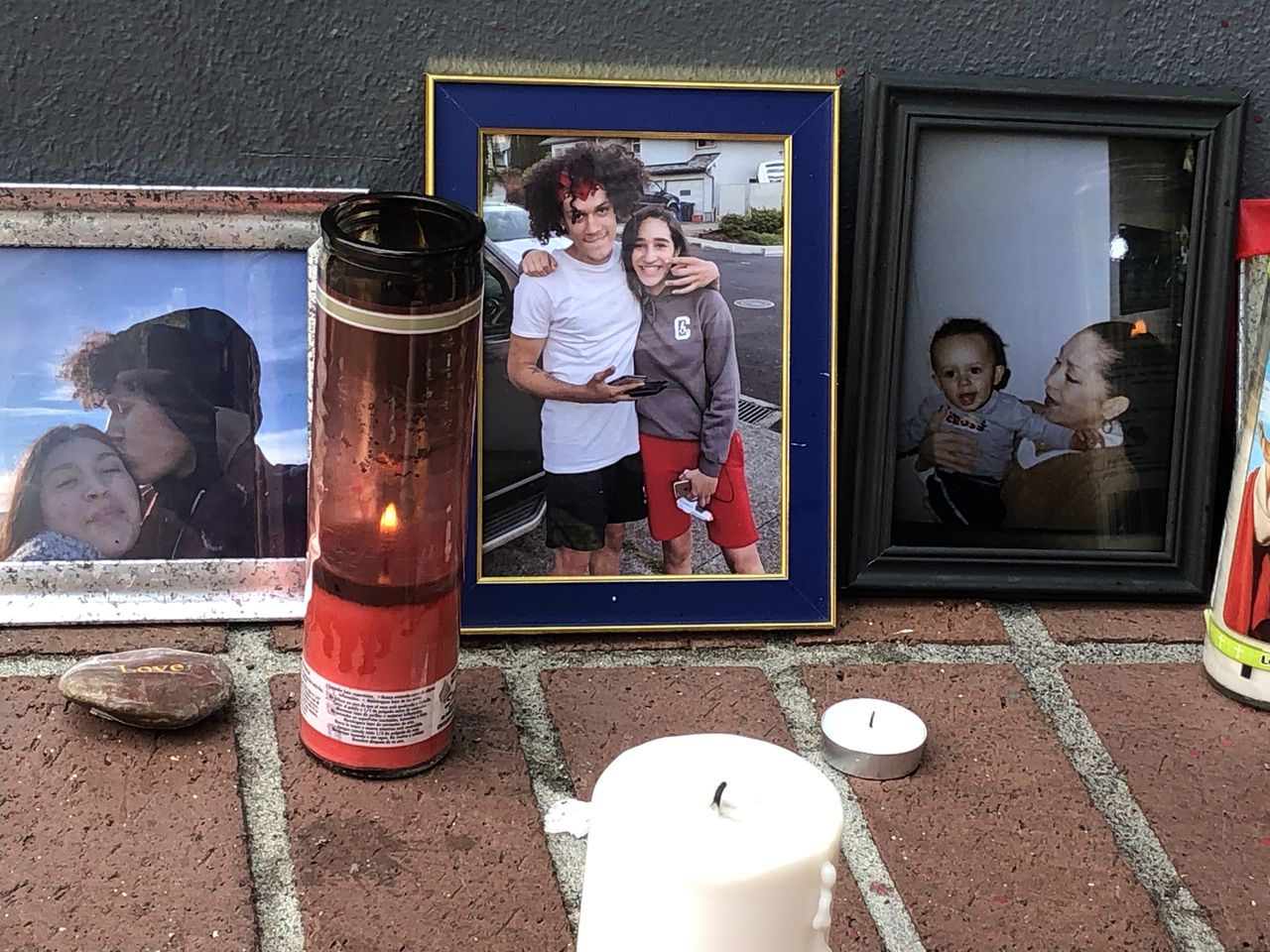 Friday night’s shooting in Portland’s Old Town entertainment district claimed the life of Lauren Teyshawn Abbott Jr., a 19-year-old Portland man who told county officials four months ago that he feared for his life after a close friend was gunned down, according to court records.

Abbott was taken by ambulance from the shooting scene in the 500 block of Northwest Couch Street but was pronounced dead a short time later, police said.

Two other people were wounded in the 9:30 p.m. shooting, including one with life-threatening wounds, police said. The homicide marked the city’s 55th this year. Police said they’re still investigating and have made no arrests.

On Monday, Abbott’s younger sister Aliah Abbott, 17, and fiancée Jenai Valero, 22, huddled together on a blanket at the corner where Abbott had collapsed from gunshots. They sat beside a makeshift memorial with flowers, photos and candles.

Valero said Abbott had gone downtown about 7 p.m. to get a tattoo in Old Town. He called her about 10 minutes before the shooting.

Around 9:20 p.m., she said he showed her his new tattoo of the word “Sox” on one of his biceps via FaceTime chat. He told her he was going to get another one done that night.

Valero and Abbott’s sister said they believe Abbott was walking to a convenience store at a nearby Chevron gas station on Burnside when the shooting occurred.

A bartender at the Silver Dollar II sports bar on Northwest Fifth Avenue said he heard the gunshots from across the street and dove for cover before summoning the bar’s patrons to get in the back kitchen for safety. At least two men had pulled guns across the street.

After a gun-related arrest in spring, Abbott told court officials that he recently lost people close to him to violence and that he feared for his own life in the city, according to court records.

His fiancée and sister said they knew Abbott carried a gun for protection, particularly after a friend who was like a brother to him, Quayan Foster, 21, and Foster’s uncle, Andre Foster, 43, were gunned down in a double homicide on New Year’s Day on Northeast 131st Place.

Abbott told court officials at the time that he quit school after 10th grade but wanted to go to college for business and to play basketball. He said he was doing handyman-type jobs about 24 hours a week.

Abbott had talked about getting his high school equivalency degree at Portland Community College, “but he never got to do it,” Valero said.

He told court officials that he had been living in multiple places the past year. Valero said he was living with her in Gresham most recently.

In a Facebook post over the weekend, his father Lauren Abbot Sr. wrote: “RIL my sweet baby boy, first born, my namesake.”

“I don’t understand why this has happened because nobody should ever have to bury their child, but I know you’re with your grandparents which is the only comfort I have right now,” Abbott Sr. wrote. “… I’ll always love you and part of me will forever be lost over this.”

Lauren Abbott Jr. had played football for Franklin High when he attended, his sister said. He loved Disney characters and movies, including “Spiderman,” she said.

“He was really goofy and joked around a lot,” Aliah Abbott said. Her last fond memory of her brother is lighting off fireworks on July Fourth.

Valero had met Lauren Abbott Jr. about five years ago and they just got engaged, she said. She described him as very protective of her.

Others shared messages on social media that they’ll miss Abbott’s laugh, his smile, his “amazing sense of humor and every crazy text” he would send.

Valero wiped away tears as she sat beside the sidewalk memorial for the man she loved.

“It just makes me feel better, being close to where he was last at,” she said.

Pedestrians paused to look at the photos of Abbott, which showed him smiling with his sister and hugging and kissing his girlfriend.

“No more bodies should have to drop before people wake up,” said Bobby Airtale, 45, who said he recently got housing nearby after living on the street. “It seems like violence breeds violence now.”

What is “YouTube Poop” And Should Anyone Watch It?