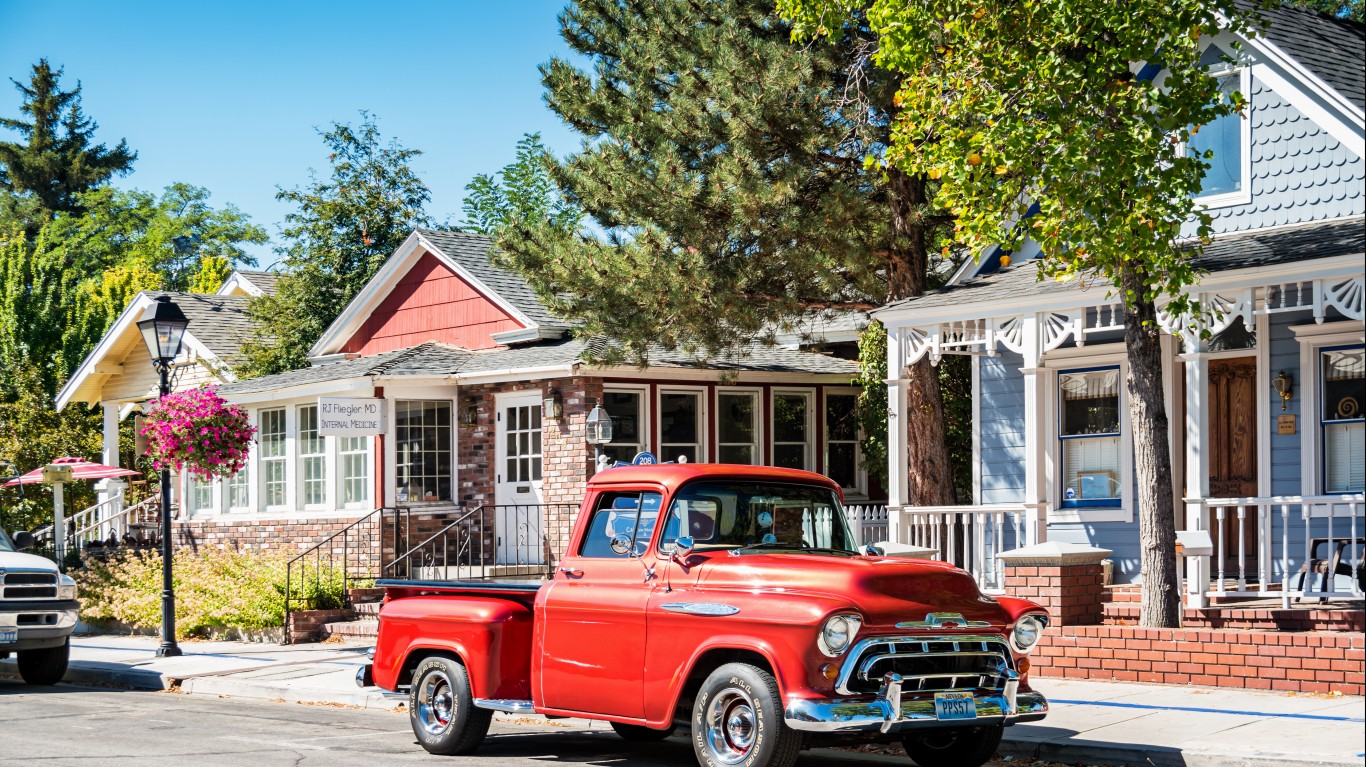 The COVID-19 pandemic and lockdown measures took a toll on U.S. auto sales, which declined 16% in 2020 compared to the previous year. But while most brands will likely recover as the country opens up again, at least one may not.

In the fourth quarter of 2020, just 735 Fiats were sold in the United States, less than half the sales from the year prior and almost 80% down from the year before. In its 10 years since being reintroduced in North America, the Italian brand has struggled to find a foothold, and it may not be long before parent Fiat Chrysler abandons the brand, at least in the United States.

Fiat would be only the most recent famous brand to become a thing of the past in America.

To identify famous car brands that no longer exist, 24/7 Wall St. researched the history of well-known but defunct U.S. automobile brands to identify the years they were active. We reviewed manufacturing figures and past media reports to identify popular models these companies produced.

In some cases, these brands were founded as standalone companies but later spent years as divisions of the Big Three automakers, General Motors, Ford Motor, and FCA (Fiat Chrysler Automobiles). The years active figures are meant to represent the years cars were produced with the brand name and not necessarily when the company started or went bankrupt.