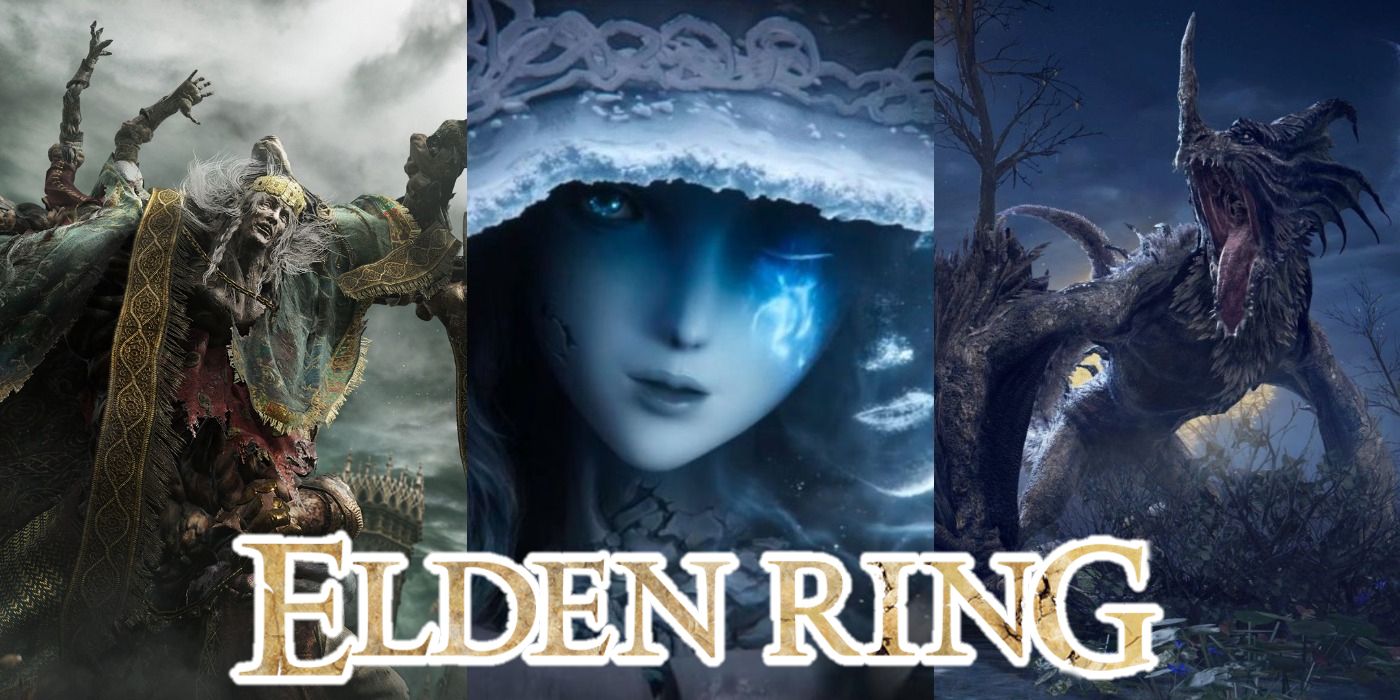 With the release of Elden Ring just around the corner, the hype for From Software’s highly-anticipated action RPG is reaching a fever pitch. Earing the award for Most Anticipated Game at The Game Awards in 2020 and 2021, the community’s eagerness to get their hands on the title cannot be understated.

RELATED: 10 Theories That Prove From Software’s Soulsborne Games Are All Connected, According To Reddit

That said, though it looks very similar mechanically to many of From Software’s past outings, some fans have argued that Elden Ring will represent an entirely different experience in comparison to the Dark Souls games. From Software has experimented with their formula in games like Sekiro: Shadows Die Twice and Bloodborne, but, while variety is the spice of life, their forthcoming effort looks to be remarkably similar to the Dark Souls trilogy in most aspects.

After Gwyn sacrificed himself to prolong the life of the first flame in the Dark Souls, he created a fable provoking heroic undead to journey to Lordran to claim the Lord Souls and do the same. However, once the player arrives in Lordran, they find it a monster-infested ruin.

From Software is known for using similar story elements in their games, and Elden Ring seems to be no exception. In Elden Ring, the titular object has been shattered, and the fragments claimed by warped demigods. Now, a lowly tarnished must collect the pieces and assume a new role as the Elden Lord. It’s not a precise recreation of the story seen in Dark Souls, but it should sound familiar to From Software veterans.

When Demon’s Souls first debuted in 2009, players had very seldom before seen melee combat mechanics as intricate as what was on offer in-game. Without comparison, the combat system became a major pillar in the emerging Souls-like genre, and one-on-one battles demanding patience, perfect timing, and intelligent use of I-frames became a tell-tale mark of titles bearing Dark Souls inspiration.

While Sekiro: Shadows Die Twice and Bloodborne changed things up a bit, the combat mechanics of Elden Ring once again seem to emphasize things like shield parrying, dodge-rolling, and stamina management. Of course, not every game with these elements is to be considered a Souls-like, but the unique blend of these mechanics seen in the Dark Souls games appears to have returned in Elden Ring.

From poisonous swamps to perilous peaks, From Software’s Dark Souls trilogy demands the player explore some pretty extreme locations. That said, while areas like Blighttown and Anor Londo may make for some tough going, the bosses typically represent the height of difficulty in Dark Souls.

This looks to be the case in Elden Ring as well. Broad expanses of The Lands Between may be easily explored on horseback, but the game’s many dungeons and bosses look to be serious chokepoints for unskilled players. Margit the Fell Omen was a particularly tough boss encountered in the game’s network test, and much tougher enemies are likely to be lurking in the full game.

Most RPGs place their narratives at the forefront of the experience, featuring vast high fantasy realms and multiple factions driving the events of the game. This is true of the Dark Souls series, but, in many cases, the epic battles and momentous occasions have long since passed, and the player is left to pick up the pieces and discover for themselves what happened.

Elden Ring seems to be a bit more straightforward with its lore, but fans can expect many of the details and secrets in The Lands Between to be extremely well hidden and often up for interpretation.

Sekiro: Shadows Die Twice may have been one of the premier games of 2019, but it was a major departure from the traditional Souls setup. Lacking many staple facets of RPG video gaming, Sekiro mandated that gamers play by its rules, bringing parrying and expert reaction times to the forefront.

Not every From Software title needs to be a by-the-book RPG, but Elden Ring definitely looks to be replicating—even expanding upon—the build variety available in the Dark Souls games. Based on the ten confirmed starting classes alone, it looks as if no two players will have the exact same gameplay experience.

Though they’ve dabbled in tech-centric far futures before in the Armored Core series, From Software are particularly well known for crafting dark realms of gothic-inspired high fantasy. Often compared to Lord of the Rings or Game of Thrones, Boletaria, Lordran, and Lothric certainly harken back to archetypal fantasy worlds.

Sekiro and Bloodborne may have deviated on this a bit, but Elden Ring absolutely seems to be taking a page from the aesthetic presented in Dark Souls. The uninitiated might mistake The Lands Between to be an uncharted section of Middle Earth, something that could also have been said about many of From Software’s previous efforts.

Optional areas are nothing new in gaming, and just about every title to release since Adventure on the Atari 2600 has included some sort of secret stash of hidden offshoot. From Software, however, take this to the nth degree and beyond, including entire biomes, boss encounters, and questlines in obscure areas most players will never notice.

RELATED: 10 Fantasy Films To Watch Before The Release Of Elden Ring

Elden Ring will likely follow this design philosophy as well. Extremely difficult optional bosses have already been confirmed for the game, and it’s likely that The Lands Between will harbor more than a few well-hidden secrets a la Ash Lake from Dark Souls or Archdragon Peak from Dark Souls 3.

Obviously, the Souls games were far from the first to introduce a hub area to which the player must frequently return throughout their journey. However, be it The Nexus, Firelink Shrine, or Majula, hub areas are crucial locations that offer a reprieve from the grueling environs of the Souls games.

Continuing this tradition, Elden Ring will have Roundtable Hold, an area to which players can travel that’s seemingly beyond The Lands Between. Here, the player can level up and upgrade weapons as well as interact with and progress the questlines offered by NPCs.

Introduced in Dark Souls 2, power stancing essentially allowed players to utilize a new moveset while dual-wielding similarly-classed weapons. Unfortunately, this was removed in Dark Souls 3, though that title did feature a more robust weapon art system, a mechanic first seen in Dark Souls which allows players to unleash powerful charged attacks, usually at the cost of FP.

Both of these fan-favorite mechanics will return in Elden Ring, with weapon arts being of particular note. Now known as Ashes of War, these abilities can often be claimed after defeating bosses and are interchangeable between weapons, though restrictions will apply based on weapon class.

While entire communities surrounding the mechanic exist, PvP in the Dark Souls games has always been a bit strange. Granted the proper requirements have been fulfilled, players have the ability to summon friendly players into their worlds to aid them in battle, though they also run the risk of being invaded by hostile players.

Few games take this approach to multiplayer, and Elden Ring seems to be taking a slightly different approach than what was previously seen in the Dark Souls games. Now, solo players cannot be invaded, meaning that one-on-one PvP encounters will be fairly rare. Still, it’s a staple From Software mechanic that will be reappearing in Elden Ring.

NEXT: 10 Open-World Games To Play Before The Release Of Elden Ring

Voice of Cards: The Forsaken Maiden – A Streamlined Bit of Brilliance

‘Racism Always Has Time’ – Amanda Seales on Discrimination Amid Russian/Ukraine...

Ruben Randall - March 2, 2022 0
Actress
Amanda Seales (screenshot) *While taking to her Instagram, Amanda Seales calls out and condemns global racism amid the current war between Russia and Ukraine. In...

‘Teen Mom’ Chelsea DeBoer Would Love to Do an HGTV Home...