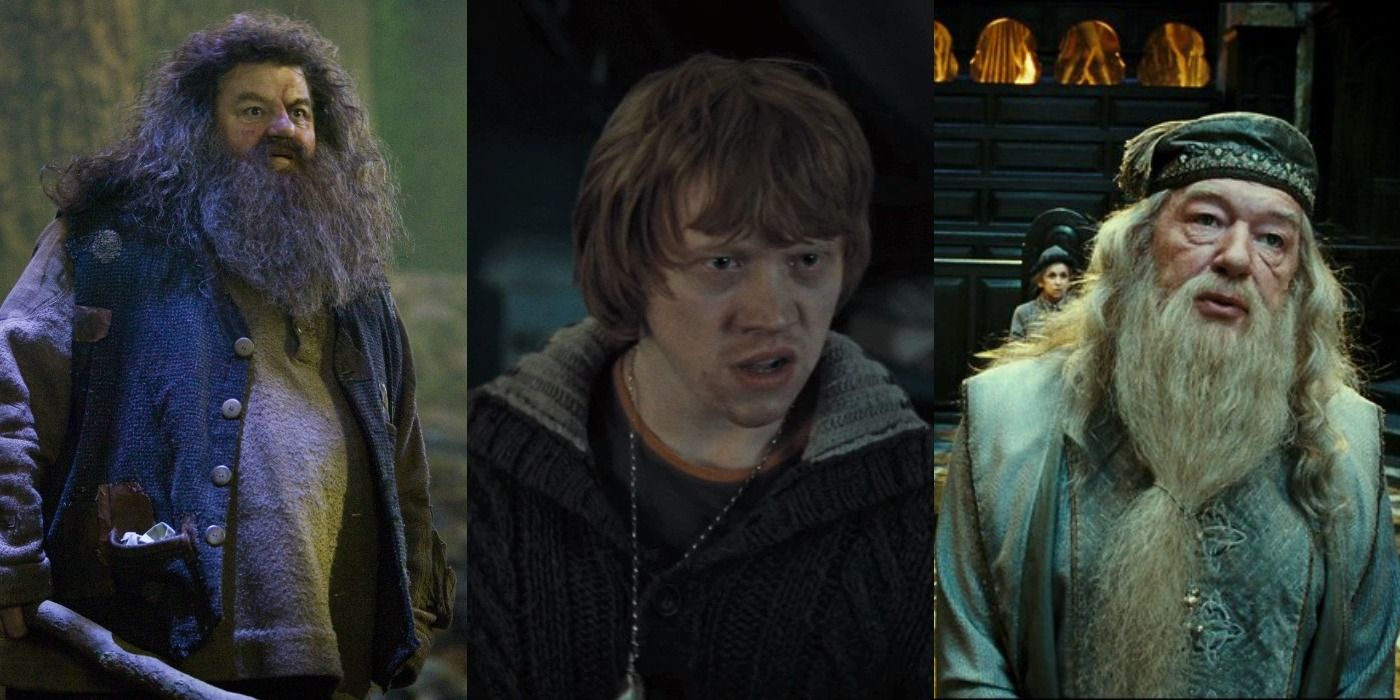 Most of the students and professors at Hogwarts pride themselves on being intellectual, kind, and helpful to others. Still, even the best people can sometimes act out of character. The Harry Potter protagonists are no different, occasionally tricking, pranking, or lashing out at others.

Some of these moments are pivotal to the plot or character development, and others are funny anecdotes that don’t affect the overall storyline but are enjoyable to read or watch. Regardless, when some characters aren’t themselves it makes the stories and the characters more interesting.

In The Half-Blood Prince, Harry wins a vial of Felix Felicis, or liquid luck, from Professor Slughorn in class. When Ron is too nervous about competing as the keeper for the Gryffindor Quidditch team in a big match, Harry pretends to dump his Felix Felicis in Ron’s drink, just sly enough that Hermione catches him.

He admits to it in front of Ron, making him believe he has 12 hours of unstoppable good luck. The placebo effect allows Ron to relax and lead Gryffindor to success. While it’s to help his friend out and causes Ron no harm, it is out of Harry’s character to trick his best friend.

Hermione Granger is the by-the-books friend who always follows the rules, which is why it’s shocking when she breaks them and lies to help Ron and Harry in The Philosopher’s Stone. When Quirrell lets a giant troll loose in Hogwarts, it corners Hermione in the bathroom, and the trio has to stop it.

RELATED: The 10 Most Immature Characters In Harry Potter, Ranked

The professors are furious at the boys for taking on the creature that could’ve killed them. However, Hermione blames herself, and the teachers give her a lesser punishment than they would the troublemaking boys. This moment is the first of many in which Hermione breaks the rules to help her best friends, and it’s a pivotal moment that changes her character for the better.

8 Hagrid Lies To His Friends About The Giants

In The Order of the Phoenix, Hagrid is mysteriously missing from school for many months, and when he finally shows up he’s covered in bruises and cuts that he won’t explain. However, Harry, Ron, and Hermione refuse to give up on finding out about his elusive injuries, so he tells the secret he’s been keeping.

After Voldemort’s return, Dumbledore sends Hagrid (a half-giant) and Madame Maxine to attempt to convince the giants to join their side of the fight before the Death Eaters can recruit them. In general, Hagrid hates lying to the kids, and he’s also notorious for not being able to keep a secret, which makes his evasion of the trio outside his usual character.

7 Ron Fights With Harry Over The Tournament

In The Goblet of Fire, no student younger than 17 can compete in the illustrious and dangerous Triwizard Tournament. However, Harry’s name is somehow pulled out of the goblet even though he isn’t old enough to enter, shocking everyone, including Harry. Consequently, Ron believes Harry went behind his back and snuck his name in.

This supposed betrayal and watching the Chosen One win glory once again is enough to cause Ron to refuse to speak to Harry for almost the entire year. This anger is odd for Ron, as he’s always incredibly supportive of Harry. Of course, it’s also immature of Ron to behave this way for so long. Luckily the two make up before the end of the tournament.

In The Prisoner of Azkaban, Draco Malfoy calls Hermione a “filthy little mudblood” yet again, one of his worst qualities. The term mudblood is a nasty slur in the wizarding world used to degrade those of Muggle blood. When Draco throws the insult at her during an argument, she turns around and punches him in the face.

It’s a great moment for both characters, as it gives Hermione some confidence and respect while also teaching Draco a lesson. However, it’s outside Hermione’s character to assault someone else, even if he deserves it.

5 Hagrid Puts The Kids In Danger

In The Order of the Phoenix, Hagrid brings his giant brother Grawp home and keeps him in the Forbidden Forest. Hagrid introduces Grawp to Harry and Hermione and asks them to care for him if Dolores Umbridge fires him.

Grawp proves to be dangerous from the severe bruises and injuries Hagrid sustains, even though he doesn’t mean to harm him. While it’s understandable that Hagrid wants his little brother to be safe, he’s also putting two kids’ lives in danger by asking them to do so.

Albus Dumbledore is one of the most reliable people in Harry’s life, a mentor he can go to with any questions or concerns. However, in The Order of the Phoenix, Dumbledore inexplicably ignores Harry for the whole year, so much so that he won’t even make eye contact with Harry.

Harry learns that Dumbledore is trying to protect him, as Harry and Voldemort share a strong connection in which they can see into each other’s minds. Dumbledore doesn’t want Harry to become a tool for Voldemort to use and therefore feels that ignoring Harry and not giving him any information is the right thing to do. While his decision makes sense in the end, it’s unlike him to not even let Harry know why he’s doing so.

3 Ron Lashes Out At Harry

The trio goes on the run when Death Eaters begin infiltrating the school and make it their mission to bring Harry to Voldemort in The Deathly Hallows. Tensions rise between them, especially Harry and Ron, and eventually, everything boils over into an explosive fight.

The two trade insults, and Ron says Harry doesn’t understand what Ron is going through, as he doesn’t have a family that needs protecting like the Weasleys. Granted, the presence of a Horcrux and its negative energy, highly influences the fight. However, it’s still out of character for Ron to purposefully hurt his best friend’s feelings.

2 The Professors Refuse To Clean Up A Mess For Umbridge

Dolores Umbridge is probably the most hated Harry Potter character among fans and franchise characters. It’s no surprise that no one is eager to do her favors. In The Order of the Phoenix, Fred and George Weasley create a swamp on the way to Umbridge’s office to spite her before they flee the school to open Weasley’s Wizard Wheezes.

RELATED: 10 Things Harry Potter Does Better Than Any Other Movie Franchise

McGonagall, Flitwick, and the other Hogwarts professors are more than capable of getting rid of the swamp, although they prefer to watch Umbridge struggle. While it’s a hilarious moment, and their pettiness against Umbridge is admirable, it’s outside the highly esteemed professors’ typical characters to refuse to help someone else.

Hermione discovers that Rita Skeeter, the overly-ambitious and fibbing journalist, is an unregistered Animagus, illegal in the Wizarding World. She captures Rita in beetle form and keeps her trapped in a jar for a while.

Hermione releases her but makes sure that she won’t write more untruthful stories, and later forces her to publish Harry’s Voldemort story for free. She threatens to expose Rita’s secret to the Ministry of Magic, ensuring she will spend time in Azkaban. While Rita isn’t a good person, it’s still dark and unlike Hermione to blackmail and threaten her.


Madisyn Espinoza grew up in Las Vegas, Nevada, and graduated college from UNLV in 2019. She then went on to become a criminal investigator for a few years before deciding to go a different route. She now lives with her husband, puppy, and bearded dragon and plans to get a Master’s degree in English. Madisyn loves Disney, reading, and funny Tiktoks.

Ryan Garcia looks explosive on the mitts ahead of Javier Fortuna...