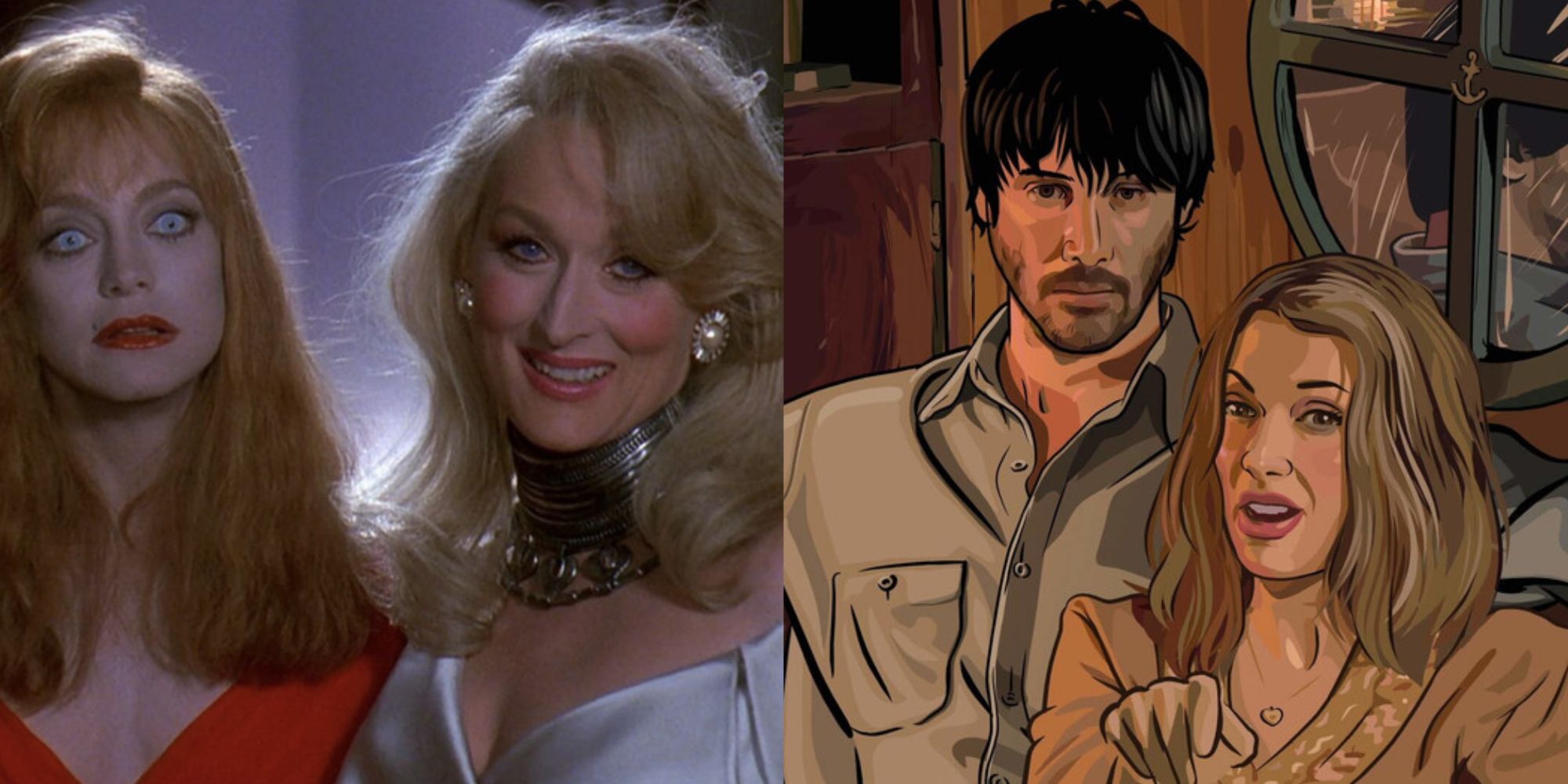 Movies like Top Gun: Maverick hold the audience’s attention from moment one. However, not every movie is an out-and-out crowd pleaser. Some movies, even particularly good movies, can start out a bit slow.

Redditors are quick to point a finger at which particular film started out not working for them. Some of the responses are fairly agreeable, while others could perhaps prove controversial. One thing binds these films together: they simply get better as they go along, and audiences shouldn’t tune out during the first act.

Stanley Kubrick’s 2001: A Space Odyssey is pretty much an undisputed classic, but the very things some love about it are the very things others take issue with. Namely, the film’s mostly silent, 20-minute+ opening.

TheHypocondriac, however, wrote that the film “absolutely bored” them “to death in that whole opening sequence that…turned out to be a pretty decent sized portion of the film,” which the Redditor admits surprised them despite its notorious length.

The Deer Hunter is a phenomenal film from front to back. The reputation of its poignancy precedes it, and the film manages to stand as one of the best for all involved. This is considerable, as the cast includes Robert De Niro, Meryl Streep, John Cazale, and Christopher Walken. Sarahphoenix, however, gave it as an example of films with slow openings. As they wrote: “It just seemed to drag on and on with the character building and I was pretty bored.”

The Redditor acknowledges that the characters grew on them, but TheHypocondriac brought up a good point in that the viewer actually needs “that VERY slow character building for your emotional attachment to grow.” It’s an excellent point and absolutely true. The viewer gets to take in these characters in their natural state, living their normal lives before that all gets ripped away from them via war and chaos.

1985’s Red Sonja is an adaptation Marvel Comics’ (now Dynamite’s) Red Sonja. The top-billed Arnold Schwarzenegger plays a supporting role as Lord Kalidor, who was originally (and obviously) supposed to be Conan the Barbarian. Like Sonja, Conan was created by Robert E. Howard, and coming off of the disastrous Conan the Destroyer, Red Sonja‘s chances of success were slim. It did not exceed expectations.

Or, as OnlyYodaForgives put it, “I think the rest of the movie is worth watching but the opening bits of Red Sonja are pretty rough.” More power to the Redditor, and to each their own, but it’s not really just the first act of Red Sonja that’s “pretty rough,” it’s more like the runtime from front to back.

Robert Zemeckis’ Death Becomes Her is one of the 1990s’ more unique comedies. The plot follows Meryl Streep and Goldie Hawn’s lifelong frenemies Madeline Ashton and Helen Sharp, both of whom will stop at nothing to one-up each other in physical beauty. Naturally (or, rather, unnaturally) they seek a potion that can grant eternal life, but there’s always a cost.

One Redditor didn’t enjoy the opening, as they wrote that “It starts off with this tasteless gaudy theatre number, then takes you into a petty feud between two late 30s frenemies….” The theatrical number is a jarring opening, but Death Becomes Her isn’t a movie that embraces convention, so the fact that the opening doesn’t fit with the rest of the movie makes sense.

Redditor therogueidealist brings up the extended opening of Hellboy (which covers a lot of narrative backstory) with “The beginning feels clunky and out of place.” They then suggested that if the first 20 minutes were skipped, it would actually be advantageous to the viewer.

That’s a stretch, especially considering Hellboy isn’t as established a character as Superman or Spider-Man. But the style still doesn’t gel with the rest of the film, which glasshahk elaborates on: “The beginning just feels out of place because that’s the only part that didn’t age well….”

In Click, Adam Sandler portrays Michael Newman, a role pretty much firmly in his wheelhouse. He’s given a Twilight Zone-type remote at a Bed Bath & Beyond by a man named Morty (a particularly goofy Christopher Walken), and from there Click turns from Sandler flick to (somewhat) emotionally mature).

Redditor cdbavg400 brought up the film’s unexpected poignancy: “I started off thinking it was another dumb Sandler flick. I ended up having all the feels. All of them.” Click is, indeed, the deepest of Sandler’s comedies (though Big Daddy has its moments), and its unexpected dramatic heft is the runtime’s highlight.

Lowkey_A_giraffe wrote that they “remember hating the first twenty minutes or so” of Linklater’s film, but ended up liking it as the narrative progressed. A Scanner Darkly is a niche item, whether it’s in terms of its visual style or its heady plot line, and it announces itself as such from moment one.

It’s always a pleasant surprise when a legitimate thespian enters into a genre role with as much enthusiasm as they bring to a project of Mystic River‘s stature. Marcia Gay Harden is outstanding in The Mist (which, like Mystic River, is one of the best movies with unsettling endings), but her antagonistic Mrs. Carmody doesn’t come in until after the first 15 minutes.

There’s also the jaw-dropping ending, which Aztrak76 brought up when they suggested The Mist as a good movie with a poor opening. As the Redditor wrote: “It’s kinda crappy, but the end is killer.” The ending of The Mist is a stunner, and while the opening is not poor in and of itself, it doesn’t hold a candle to the conclusion.

Scream 4 ended up being Wes Craven’s final feature film, and while it wasn’t quite up to the standard set by the franchise’s first two entries, it held its own and certainly exceeded the quality of Scream 3. Even still, there were some cracks in the hull of the ship.

For instance, MishBBfan felt that the fakeout opening(s) “should’ve stayed in the first draft.” Even a self-acknowledged fan of the film, Accomplished-Look-16, agreed that its “opening is weak.” The opening to Scream 4 is absolutely the lowest aspect of the film, and it sets the narrative on a lazy path that, thankfully, the remainder of the narrative (mostly) avoids.

Solo: A Star Wars Story has easily had the most difficult production of any Disney Star Wars project, yet it still could have ended up much worse. Even with the director change midway through, the film is coherent with a couple of memorable set-pieces and an excellent supporting turn from Woody Harrelson.

NAMGAL1SIPSCLAR wrote that Solo: A Star Wars Story “fits” in the category of movies that openly poorly and improve throughout the runtime. In the Redditor’s words, the “first 15 minutes are unbelievably bad” but it almost immediately improves to the point the third act “is genuinely pretty good.”

NEXT: 10 Major Star Wars Retcons That Changed Everything (According To Reddit)

“Wanted to Go Away”: Arnold Schwarzenegger’s Daughter Fled to Another Country to Escape the...