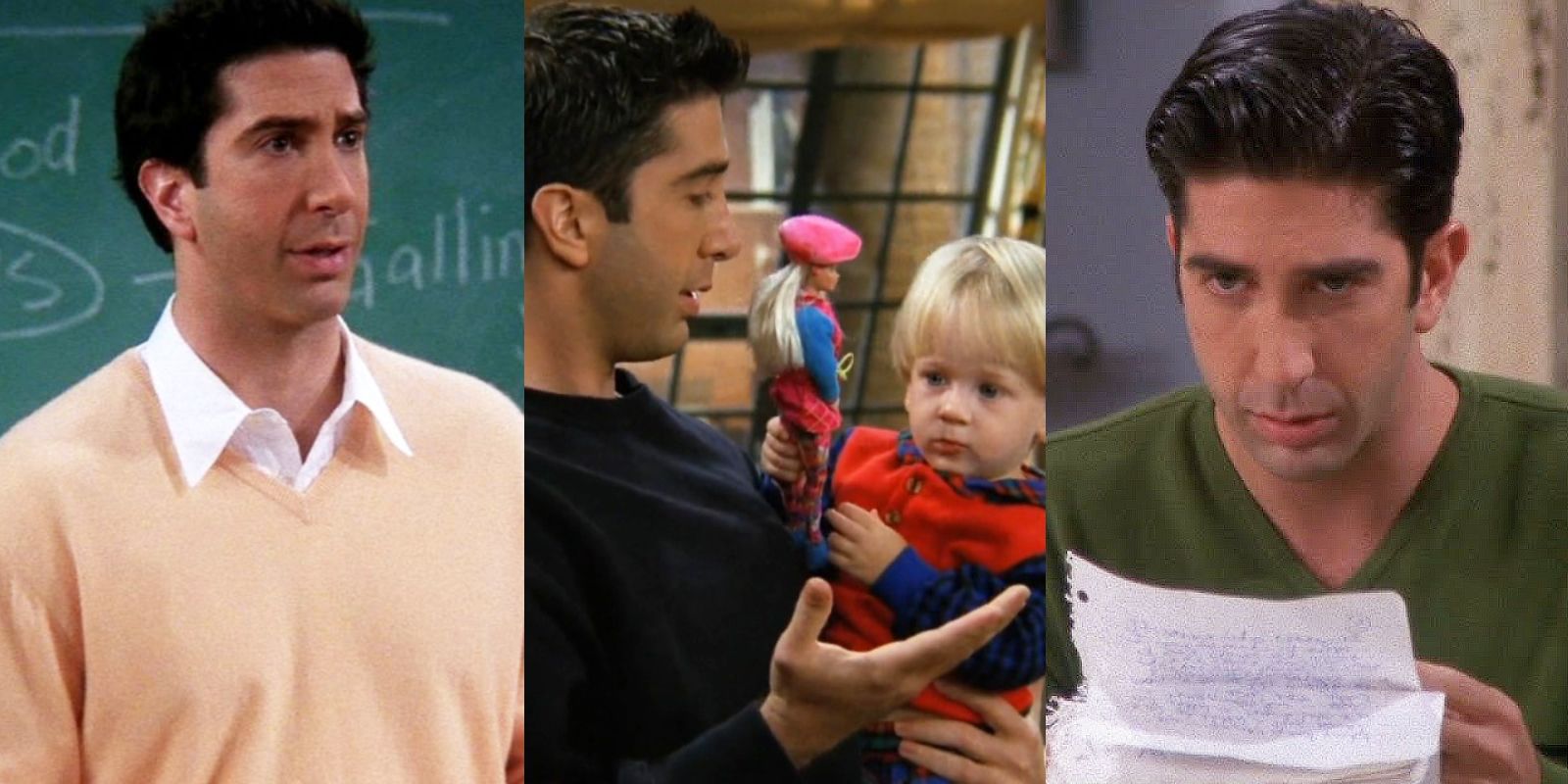 Out of all the characters in Friends, Ross was, arguably, one of the funniest. He always ended up in the worst situations and his reactions to them were comedy gold. However, as time goes on, many viewers are beginning to dislike Ross because of his rude behavior and misogynistic tendencies.

RELATED: 5 Times Monica Should Have Been Fired In Friends (& 5 Times She Should Have Quit)

All the characters have made mistakes, but Ross did the worst things of everyone in Friends. He came across as stuck-up and pretentious, and he thought he was better than the people around him. Ross wasn’t a great brother, boyfriend, or friend, and several of his quotes reflect it.

The way Ross treated Rachel’s boyfriends was bad enough, but even thinking about calling immigration just to keep them away from Rachel is wrong on every possible level. Paulo was actually a pretty horrible person, but Ross wasn’t aware of it at the time. However, that still wouldn’t have been an excuse.

Not only did he want to get a man deported for simply dating the girl he liked, but he would have been exerting control over Rachel’s life. Instead of letting her make her own choices, Ross was always prepared to make himself the only option.

9 “All I Know Is I Can’t Have Another Failed Marriage.”

Ross’s multiple marriages are a running joke in Friends. His marriage to Carol was the only one that lasted longer than a day, and Ross didn’t want to have any more divorces on his record.

After he and Rachel elope when they’re drunk, they’re denied an annulment. Ross lies to Rachel and tries to make her believe everything’s fixed, when, legally, they’re still married. It’s only one of many times Ross has attempted to control Rachel, and it’s not the first time he’s lied about his actions either.

It might have happened in an alternate universe, but it’s absolutely still something that Ross would say. When Ross runs into a distraught Rachel who has just been cheated on, the first piece of advice he offers her is that “not all men are like that.”

RELATED: 10 Plot Twists In Friends That Everyone Saw Coming

Ross continues on to describe how some men will do whatever they can to make a marriage work and begins describing his situation with Carol. Not only did Ross use the phrase “not all men,” but he used himself to exemplify what men should be.

Ross was visually uncomfortable when he saw Ben playing with a Barbie and did whatever he could to get rid of it. Ross has several misogynistic tendencies, but he wasn’t even trying to hide his sexism in this instance.

It was extremely clear that he believed Barbies were only for girls, and he bought Ben a toy he considered “manly” as a replacement. Carol and Susan raised a good question when they asked him if he was worried Ben would turn out like his mothers, and that was obviously the case.

6 “She’s A Little Ditzy, You Know? And I’ve Seen Her Be A Little Too Into Her Looks.”

The list that Ross made about Rachel’s flaws is one of the most derogatory things he’s ever done in the show. Not only did he write down what he thought was wrong with her, but he used them as reasons to choose Julie instead.

He wrote that Rachel was ditzy, too into her looks, but worst of all was when he said she was “just a waitress.” Ross acts like a person’s career defines their worth, but also gets angry at Rachel later on when she puts a lot of effort into her new job.

5 “I’m Just Not That Comfortable With A Guy Who’s As Sensitive As You.”

Ross’s opinion of Emma’s nanny is the epitome of toxic masculinity. Not only was Sandy a great person, but he was the only nanny that Rachel felt comfortable leaving their daughter with. He had no good reason for wanting him gone, other than the fact that he thought men shouldn’t be nannies.

RELATED: All 10 Seasons Of Friends, Ranked

But Ross still decided to fire him and tried to explain himself by saying that he just wasn’t comfortable with a man being so sensitive. There are several things wrong with this statement, but one of the worst is that he’s perpetuating gender stereotypes.

4 “It Would Be Nice If You Realized It Was Just A Job.”

It’s true that there’s more to life than work, but Ross’s statement was completely out of line. For the first time ever, Rachel felt like she was doing something she was good at. Her job in the fashion industry was a huge part of her character development, but Ross didn’t take it seriously.

He saw it as something that kept them apart, rather than a chance for Rachel to follow her dreams. Ross was never supportive of her career, which is just one of the many ways Ross and Rachel are the worst sitcom couple.

Friends is obviously a product of its time, but it doesn’t excuse their offensive remarks about minorities. Comments are littered throughout the show and said by everyone, but Ross is the biggest offender.

When Ross goes to get a tan, the employee asks him how dark he would like to be. He gives him a few numbers to choose from, but Ross asks which number the employee is. The man is actually just Puerto Rican, and while it was intended to be a joke, it’s not funny for obvious reasons.

It’s difficult to forget “The One With the Memorial Service,” given how ridiculous the episode was. While the feud did start with Chandler spreading rumors about Ross on their college alumni site, what Ross did in return was extremely offensive.

He posted that Chandler was “as gay as the day is long,” and there’s no doubt that it was meant to embarrass and insult him. While Ross eventually accepted that Carol was a lesbian, he still exhibited signs of homophobia. Chandler could also be considered a low-key villain on Friends, given how insulting he found the lie.

Because it’s the most well-known quote, “we were on a break,” has been the source of controversy for decades. Even at the end of the series, Ross refused to admit that he was in the wrong and never hesitated to remind Rachel that they were, indeed, on a break.

It’s true that they had broken up that night, but Ross’s pride never allowed him to acknowledge the real issue at hand. Regardless of whether or not they were on a break, Ross slept with someone else hours later, got back with Rachel while she was still in his apartment, and went out of his way to keep the hookup a secret.

“Get Out of Here”- Kevin Hart Once Terminated Arnold Schwarzenegger’s Special Request Relating to...

Ruben Randall - August 28, 2022 0
Money
Over the course of her career, Taylor Swift has amassed a staggering amount of wealth. Her...

Michelle Pfeiffer and Lucas Hedges are well-matched in French Exit

‘Gilmore Girls’ Actor Edward Herrmann’s Net Worth at His Time of...