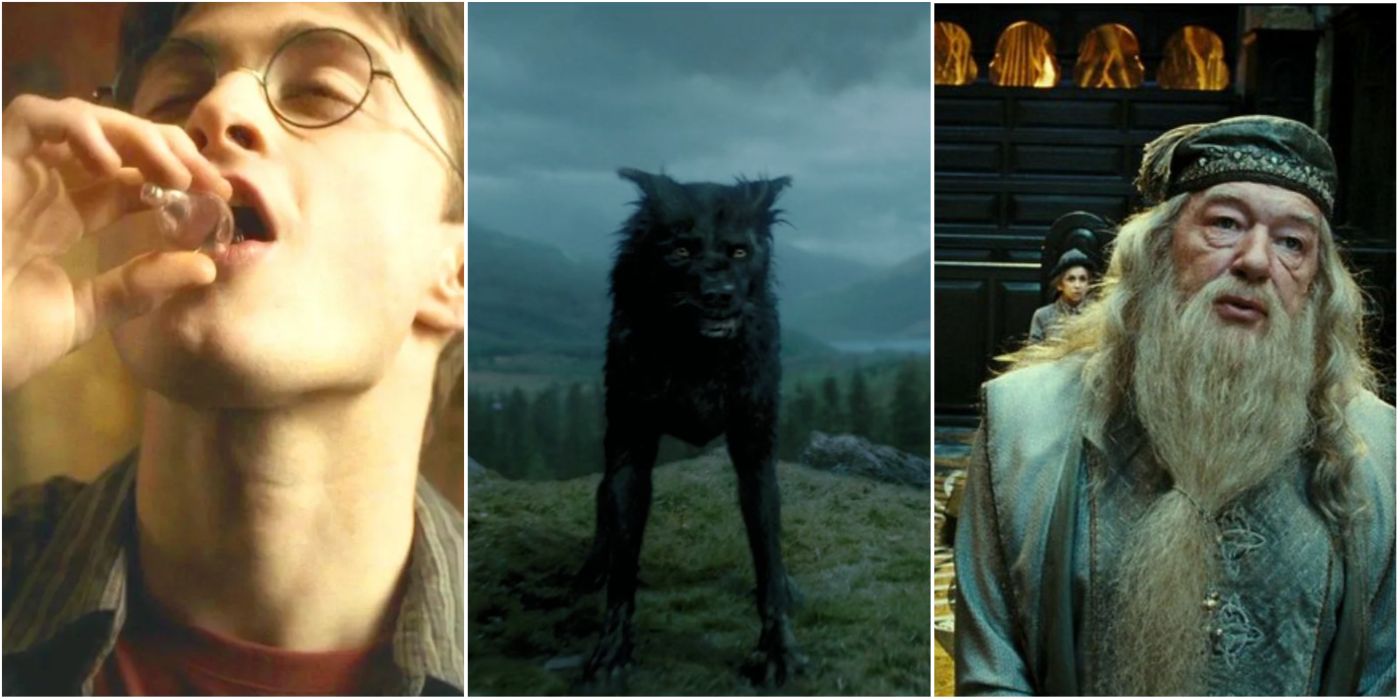 The Harry Potter universe is one of the most widely loved fantasy franchises, with a constantly growing fan base. However, as well put together as the stories were, fans noticed massive plot holes and details that didn’t make sense from one installment to the next.

RELATED: 9 Signs Mad-Eye Moody Was Barty Crouch, Jr. All Along In Harry Potter

Sometimes, the stories added an element that should’ve been in the wizarding world from the beginning, or there were obvious solutions to problems that the author must not have considered. While there are bound to be some slight mix-ups while writing a seven-part series like Harry Potter, some inconsistencies are glaringly obvious.

10 Harry Should’ve Seen The Thestrals All Along

The Order Of The Phoenix introduced Thestrals into the wizarding world: giant skeletal horses that only those who witnessed death could see. After Harry watched Cedric die the previous year, he spotted a Thestral. However, he had seen death his entire life, so it doesn’t make sense that he only saw them after Cedric’s.

Harry’s mother died in front of him when he was a year old. By this logic, Harry should’ve been able to see the Thestrals the entire time. In addition, he couldn’t see the magical creatures after the Triwizard Tournament, despite Cedric’s demise. J.K. Rowling tried to explain the plot hole by stating that a death had to “sink in” for someone to see the creatures, but many fans felt it was just a significant oversight.

Fred and George Weasley gave Harry the Marauder’s Map, a magical parchment that tracked every person in Hogwarts’ whereabouts. However, the twins had the map for years and failed to notice or care that a man named Peter Pettigrew slept in bed with their brother Ron every night.

The map was another detail that was added to further the plot, but it opened more plot holes than it closed. While the Marauder’s Map helped Harry throughout the school year, it simply doesn’t make sense that no one noticed Pettigrew’s constant presence with Ron until Harry got ahold of the map.

After Sirius Black escaped from Azkaban, he hid at his childhood home and couldn’t leave for fear of being seen. When he did go outside, he turned into a large black dog, his Animagus. However, many fans felt there was a much simpler solution to the issue via Polyjuice Potion, which physically turns the user into someone else.

Sirius could’ve easily used the potion to transform into another Order member, or even a random person, to go into public occasionally. Instead, he went in his dog form and was immediately spotted by the Malfoys, leading to his capture and eventual death.

7 The Professors Almost Led The Slytherin Students To The Troll

During their first year, Professor Quirrell screamed that there was a troll in the dungeons. To keep students calm, the professors sent the children to their rooms to keep them away from danger. However, that presented another issue: the Slytherin students lived in the dungeon.

Hogwarts and its faculty had their faults, but intentionally leading a group of children into a dangerous troll’s path doesn’t make sense. Either the professors were too panicked to think straight, or Rowling forgot that she placed the Slytherin rooms in the same location.

6 No One Ever Used The Truth Serum

Veritaserum was one of the most powerful potions that forced the consumer to tell the truth. If the Ministry of Magic had taken advantage of this tool, they could’ve solved issues more efficiently. For example, the truth serum could have been used after the first Wizarding War when known Death Eaters went on trial. Some escaped imprisonment by saying they were under the Imperius Curse, and others, like Sirius, were wrongfully imprisoned.

The Ministry could’ve quickly sorted out who was innocent or guilty if they had used the potion, seeing as it was an extreme situation that called for drastic measures. This sentiment even extended to Harry’s underage magic trial. If they had given him some Veritaserum, they would’ve easily seen that he was protecting Dudley from Dementors, not committing a crime.

5 The Plan To Relocate Harry Made No Sense

In The Deathly Hallows, as Voldemort and his followers grew stronger, the Order devised a plan to relocate Harry to a safe house. They had six other wizards use Polyjuice Potion and disguise themselves as Harry, traveling in different directions to throw off the Death Eaters. However, there were much easier routes they could’ve taken to avoid the bad guys.

Harry could’ve taken Polyjuice Potion to disguise as a Muggle, then used Muggle transportation to get to a safe location. The entire Order could’ve disguised as random people alongside him, and no one would’ve known. Instead, they picked possibly the most convoluted and complex plan, leading to Moody and Hedwig’s deaths.

4 The Dentist Confusion Was A Small Slip-Up

In their sixth year, Hermione and Harry attended a Slug Club get-together, and Hermione mentioned that her parents were Muggle dentists. This comment confused the club’s pure-blood members, and she had to explain what a dentist was. However, this moment directly contrasted a small detail from The Chamber of Secrets.

The Weasley burrow had a magical clock that showed where each family member was at all times. It included things like “School,” “Quidditch,” and “Lost.” In addition, it featured a “Dentist” section. The Weasleys were purebloods, so clearly, there were dentists in the wizarding world.

3 The Professors Wouldn’t Have Kept Sirius Out For Long

When the alleged mass murderer Sirius Black escaped Azkaban, Hogwarts took drastic measures to keep him away from Harry and the other students. The professors shut down the corridors, but they seemingly forgot about the charm that unlocked doors.

Alohomora was a simple but helpful charm in the wizarding world, and it was so easy that Hermione mastered it in her first year. So, it’s safe to assume Sirius would’ve known the spell and could’ve easily broken into the locked corridors. Luckily, Sirius was a good guy and was after Peter Pettigrew, not Harry or any other student.

2 Polyjuice Potion Only Altered One Voice

Although Polyjuice Potion perfectly altered the user’s appearance, it didn’t change their voice. That was shown multiple times, including when Harry and Ron used it to turn into Crabbe and Goyle in their second year. This rule was never broken, except when Barty Crouch, Jr. disguised himself as Mad-Eye Moody for an entire school year and sounded identical to his victim.

In the books, the characters’ voices did change after taking the elixir. Therefore, it was likely a creative decision to not alter them in the movies. However, the potion only affected one voice in the entire series, which confused fans. It would’ve been better if it had been all or none to avoid what seemed to be a giant plot hole for those who didn’t read the books.

Felix Felicis was another powerful potion the wizards could’ve used for more practical reasons. Harry used it in his sixth year to get the truth about Horcruxes from Slughorn, and everything went right for him after he took it. However, the students and professors could’ve used the “liquid luck” to assist them through the Battle of Hogwarts.

Voldemort’s attack was inevitable, so it would’ve been wise for Hogwarts’s students and professors to stock up on the potion. If unrestricted good luck had armed them all, who knows how the battle would’ve turned out or how many people could’ve survived. This instance was just another example of the wizards not using the tools at their disposal.

Ruben Randall - May 27, 2022 0
Money
Jennifer Lopez and Ben Affleck thought they had their family home purchase all worked out with a $55-million property in Bel Air. Well, the...